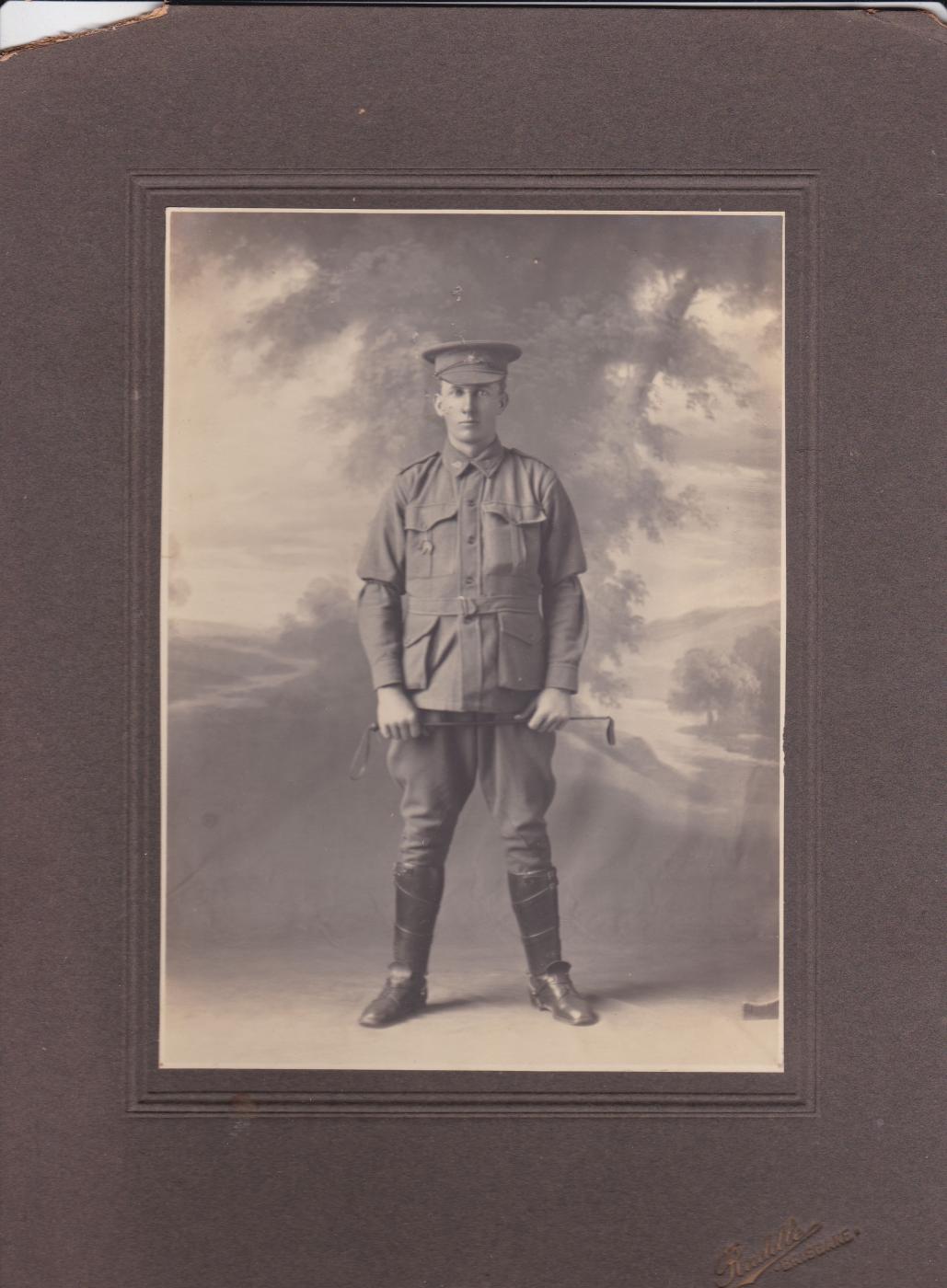 John Gordon Leslie (Gordon) Campbell was living & working with his family on "Kilburnie" when he enlisted in the 5th Light Horse at the age of 21.  After departing Australia in May 1916, he spent three years in Egypt and the Middle East, returning in 1919.  Gordon took up "Craiglands", situated to the north of Kilburnie, on his return from WWI, and in 1938 he married Christian Telford, of Rockhampton.  They had two daughters, Helen Margaret Campbell, born 1940; and Heather Elizabeth Campbell, born 1943.  Gordon passed away in Biloela in 1974.

During his time with the 5th Light Horse, Gordon Campbell kept diaries, four in total, detailing day-to-day life as part of the AIF during World War I.  At the time of writing this, we have transcribed two of his diaries and are working on transcription of the third.  Below is an extract from his first diary, describing part of the voyage from Australia to Port Said.

Entry from 5th June 1916 Continued:
Payday cancelled mine till arrival in Egypt. Morey went into hospital.
- 6th Tuesday:- practicing signalling, also signed for hammock; a steamer passed us.
- 7th Wed. On hammock guard.
- 8th Thursday. Had some rifle drill. Had wireless stating about 29 German boat sunk.
- 9th Frid. On main guard. A very large troop ship with returned men passed very close to our boat. Morey discharged from hospital, looking very weak.
- 10th Saturday. Came off guard at 7AM. A cargo boat passed close by in the morning. Land in sight about 10AM very close on both sides about 2PM and small town in view to starboard, supposed to be Aden. Rifle drill in morning. Sent 5 P.C. (postcards) - 4 home - 1 Alice. Passed the 12 Apostles about midnight.
- 11th Sunday. Church parade at 10AM. A French boat passed. Got Book of Davies The Great Hayard - very good also lent me Life & Her Convict Husband – both rotten.