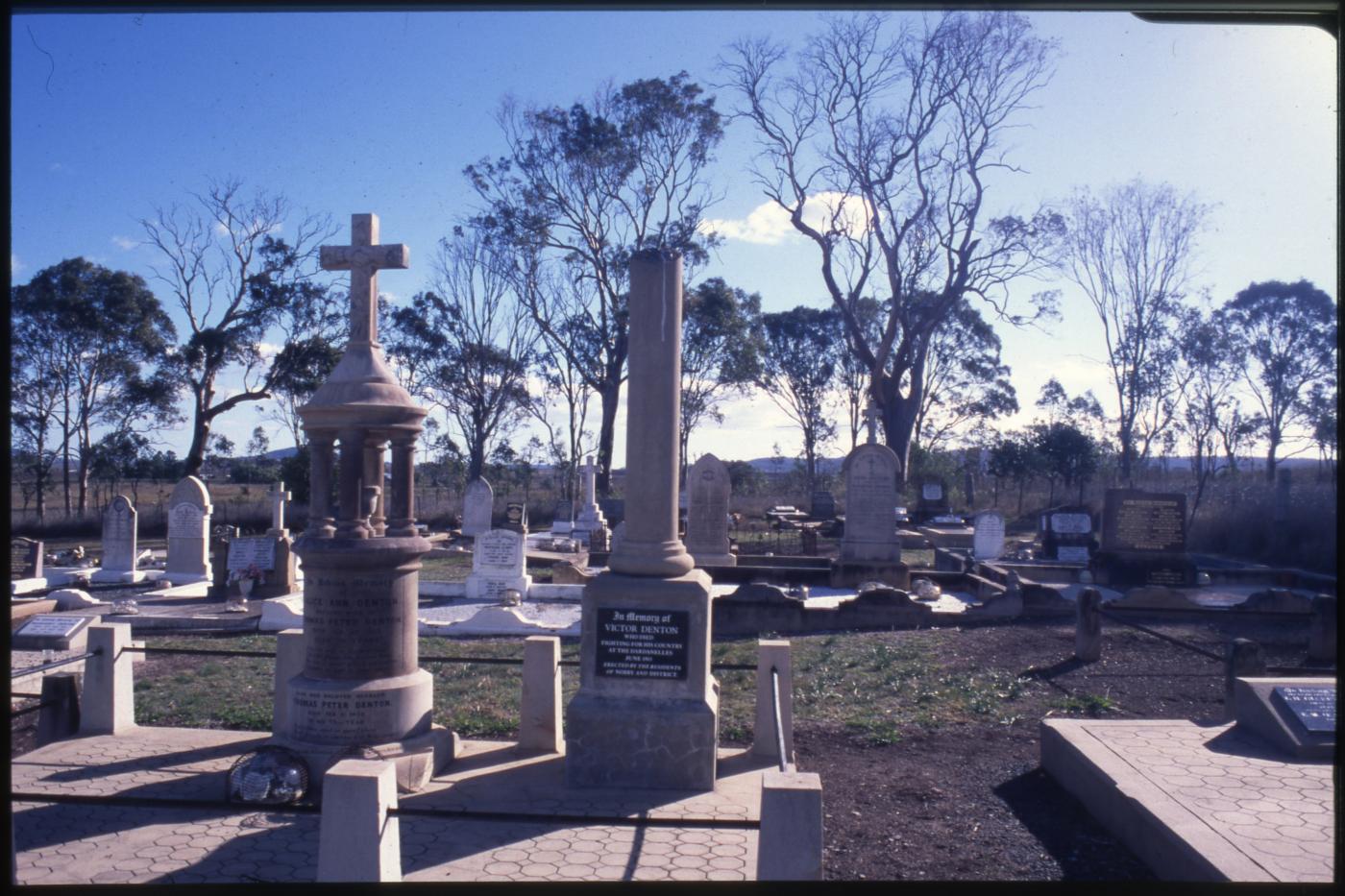 Additional Information
News of the day

The "Dungarees" March, Warwick To Brisbane

The recruiters who marched off from Warwick on Tuesday last, camped at Allora the first night, leaving there next morning 29 strong, exclusive of officers. They arrived at Clifton at 1.30, 35 all told. They had a stop at Spring Creek. where the ladies of the Red Cross provided them with lunch. One recruit joined. The Clifton committee and many others met the column a mile out from town, and Councillor J. Logan (chairman of the Shire Council) gave the officers and the recruits a hearty welcome, and complimented them on their practical patriotism. A large crowd collected, some having come in twelve motors, which were decorated with British and Allies' flags ; and others came in sulkies, on horseback and some on foot. Cheers wore accorded the recruits. Lieut. Binnie, in reply to the welcome, said that, on behalf of the "Dungarees," he thanked the people of Clifton for their hearty welcome. The "Dungarees," headed by the Clifton Brass Band, then continued their march to the town. There was a long procession of motor oars, vehicles and horsemen, and nearer the town the school children joined the recruits and marched to the School of Arts, where the National Anthem was played by the Band, and cheers exchanged by the recruits and the large crowd of spectators. The recruits then marched to their camp in the show grounds.

At night a recruiting meeting was held, when seven men enlisted for the march. When the "Dungaree" left Clifton they were given a hearty send off. They were given presents by the ladies of the Red Cross.

The squad arrived at Nobby at 11:30. They were met just outside the town, and Mr. F. W. Werne, on behalf of the Nobby residents, gave them a hearty welcome, which Lieu tenant. Binnie acknowledged.

A procession was then formed, and marched to the cemetery where the Rev. J. Elliott unveiled the monument to the memory of Private Victor Denton, who was killed at the Dardanelles. The "Last Post" was sounded, and "Nearer My God to Thee"' was sung.

The procession then proceeded to the School of Arts, where the recruits were entertained at a banquet provided by the residents of Nobby and district, and dispensed by the ladies. Mr. F. W. Werpe proposed the toast of "The Guests," which the Rev Theo Lutze supported. Lieutenant Binnie and Sergeant-major Flannery responded. Several other toasts were honoured.

A recruiting meeting was held afterwards and Mr. Fred Smith joined the colours.

The King's Creek school presented the squad with a large Union Jack.

The remount train from Brisbane to Sydney pulled up at Nobby at 8 o'clock, and the Nobby people provided refreshments for the remount men. There was a great exchange of cheers between the Remount Unit and the "Dungarees," which were repeated when the remount train proceeded on its journey.

Lieutenant Binnie thanked the Nobby people for their hospitality; and the "Dungarees' took the road for Greenmount, at 1 o'clock, amidst cheers.

The "Dungarees" arrived at Green mount shortly before dusk, and, as only to be expected, they were warmly welcomed by the local committee and the members of the Cambooya Shire Council, together with that body's chairman (Councillor A. H. DAVIS).

The inhabitants were more than ordinarily enthusiastic as Lieutenant Binnie, who is in charge of the march, hails from that district. After the men had "a shower," they were provided with a hot dinner, and subsequently a recruiting meeting, at which spirited ad dresses were made, took place, and this was followed by a concert and supper.

Yesterday the "Dungarees" marched on to Cambooya, where they camped last night. To-day they will go into Toowoomba, and stay there over tomorrow.

Lieut. F. W. Copas, acting, C.P.S. at Warwick, who is going to Enoggera for military duty, left yesterday for Cambooya, where he will join the "Dungarees" on the route march to Brisbane.

On Thursday four more Warwick recruits - W. E. Girtler, J. S. McIntosh, D. Barnett and H. J. Garvey - were passed for the ranks. It is their intention to proceed to Ipswich next week, and join the "Dungarees" there on their march to Brisbane. A few other recruits, who enlisted in Warwick last week, but were unable to take on the march on Tuesday last, will also join the "Dungarees" next week.

It is a pity that the start of the march from Warwick on Tuesday last was not cinematographed. Had the Palmerin street scene been pictured its reproduction throughout the State would have been a great aid to recruiting and a further good advertisement for the town.

Colonel Lee (State Commandant) was at Cambooya last night to take part in the functions at which the " Dungarees" were guests. The Colonel is the guest of Mr. and Mrs. R.C. Ramsay at Harrow.

The Victor Denton War Memorial at Nobby was erected in 1915 and was made by Bruce Brothers, monumental masons of Toowoomba. Funds for the memorial were raised by local residents of the district, making it an uncommon example of a public memorial erected in a cemetery. The memorial honours Private Victor Denton who was killed at the Dardenelles on 16 June 1915 and is the first known memorial of the First World War erected in Queensland.

Australia, and Queensland in particular, had few civic monuments before the First World War. The memorials erected in its wake became our first national monuments, recording the devastating impact of the war on a young nation. Australia lost 60 000 from a population of about 4 million, representing one in five of those who served. No previous or subsequent war has made such an impact on the nation. 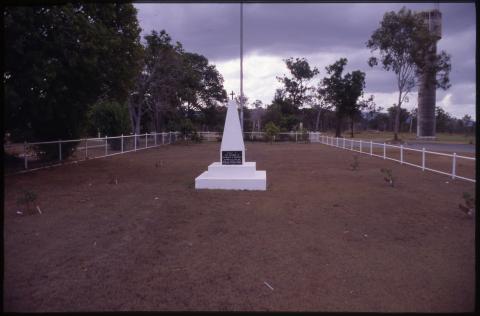