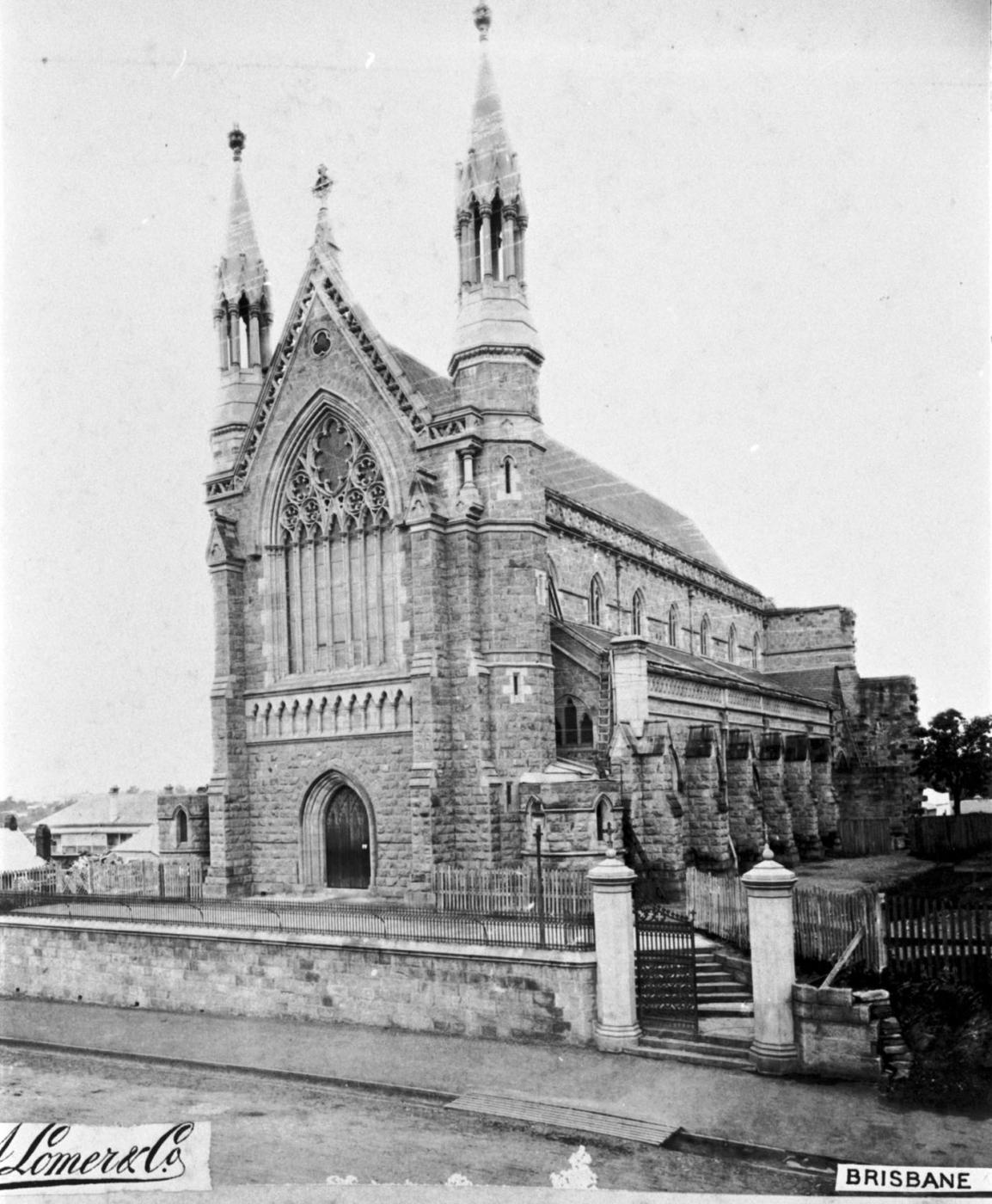 On Saturday evening the oratorio given in honor of the Roman Catholic Bishops was duly performed with great success, and before a large audience, in the pro-cathedral. The Bishops having taken their seats, The Right Reverend Dr. Quinn, assuring them of the hearty welcome which all gave them, introduced their Lordships to the assemblage.

Dr. O'Doherty then presented an address from the Roman Catholics of Brisbane, followed by addresses from members of the same denomination at Gympie, Warwick, and Stanthorpe, to which the Archbishop replied in the following terms: On behalf of himself and the other prelates he cordially thanked the memorialists for their addresses, which breathed the true Catholic spirit. No theologian he thought could have better expressed the Catholic sentiment. Whatever might be their occupation, and from whatever district they came, they showed that the seeds of religious truth had been well planted amongst them. They showed their confidence in their bishops as leading them in the true road to the true life. He bailed in them the education which, taking deep root in the heart, rose in the intellect, and formed Jesus Christ in the man. He had supreme confidence in the power of truth, which had overcome all obstacles and the mightiest foes.

Of the Oratorio which followed it is sufficient to say that it was performed with great credit to all concerned, but its effect was much marred by the necessarily hasty and incomplete arrangements which bad been made for the due accommodation of the performers. The solo, 'Hear ye Israel,' may be singled out as perhaps, upon the whole, the most effective portion, though all the choruses were also exceedingly fine and telling.

The long expected opening of the noble building for religious worship was accomplished yesterday with every circumstance which could add imposing interest to the proceedings, and render the day impressive in the memory of those connected with it. The congregation assembled within the walls must have exceeded two thousand persons. The introductory solemnities of the consecration of the building and of Pontifical High Mass having been performed, his Grace the Archbishop of Nazianzus, and the Coadjutor Archbishop of Sydney, the Most Rev. Dr. Vaughan, preached the sermon, taking for his text the 12th and 14th verses of Daniel, 7th chapter: “I saw in the night visions, and behold one like the Son of Man came with the clouds of heaven, and came to the Ancient of Days, and they brought him near before Him; and there was given Him dominion and glory, and a kingdom, that all people, nations, and languages should serve him; His dominion is an everlasting dominion, which shall not pass away, and his kingdom that which shall not be destroyed.”

A collection took place immediately after the sermon, and we understand that the total proceeds of the day amounted to about £2000.

It is satisfactory to be able to speak favorably of the acoustic properties of the building. The Archbishop's voice was heard distinctly in every part of the building, and the musical portion of the service gained rather than lost by the position of the performers. This is the more gratifying as, from some of the windows being unglazed, the test to which the building was being put in this respect was more severe than will hereafter be the case.

The musical portion of the ceremony, which consisted mainly of Mozart's 12th Mass, was performed with an efficiency which left almost nothing to be desired. The band and chorus, including many of the first professional and amateur musicians of the city, and assisted by Miss Christian, abundantly showed their excellent individual quality and the pains and ability with which they had been drilled, and produced an effect upon the vast congregation such as will not soon be forgotten. The solo ' O Rest in the Lord,' from the 'Elijah,' was given by Miss Christian for the most part with great accuracy, and with an altogether glorious fulness of expression most moving to hear, the delicious accompaniment being rendered, wherever it was possible, with complete precision. The second solo by the same lady from the “Eli’ was a still greater success from the musical point of view, being faultlessly rendered throughout, and was almost equally powerful in its effect upon the audience. This was ably accompanied by Mr Broadhurst, the organist of the Sydney Congregational Church.

After the sermon, a luncheon was given to the distinguished visitors in the Cathedral ground, which was attended by a large number of ladies and gentlemen, who had also the pleasure of listening to interesting addresses by the Bishops and other gentlemen.

Vespers in the evening were attended by a very large congregation, the Coadjutor Archbishop again delivering an eloquent sermon.

The land at the site was originally designated for church purposes in 1847. Six allotments of section 33 were set aside for the use of the Roman Catholic Church in September 1848 with the original deeds of grant being signed by Governor Charles Fitzroy in November 1849. Father Hanly, one of the first parish priests, purchased allotment 13 in 1851 and allotment 6 in 1854 and a further 18 perches of land was bought by Bishop Quinn in 1877 to extend the school playgrounds.

From the early days of free settlement, Brisbane's Catholic population was significant as they comprised 30% of residents in 1846. By 1861 Catholics constituted about 25% of the total Queensland population. St Stephens Cathedral was the third site for Catholic worship in Brisbane. Services were originally conducted in a rented brick building near the corner of Elizabeth and Albert Streets until 1850 when Old St Stephens Church was completed. In 1859 with the separation of Queensland, the Archdiocese of Brisbane was created with James Quinn as the first bishop. Quinn, who did not arrive from Ireland until 1861, planned a large cathedral to accommodate a growing congregation and on the Feast of St Stephen (26 December) in 1863 he laid the foundation stone for a grand cathedral designed by Benjamin Backhouse. The project was to be completed in stages and about one-third of the total area of the foundations was laid in 1864, after which work ceased for several years during the economic crisis of the later 1860s. In the late 1860s R George Suter was commissioned to design a smaller, simpler building than the one originally planned and in 1870 work recommenced on the existing foundations. By early 1874 the nave of the cathedral was sufficiently completed for the opening service to be held on 17 May, but work continued for several months after this date.

In 1884 the top of the west gable was completed and the two sandstone spires were added. In October 1887, the cathedral was furnished with four benefactors' gifts: a large French-made Carrara marble altar with a relief panel of the Last Supper, and three stained glass windows made in Munich. One window depicted the Sacred Heart, the second showed the resurrection of Lazarus and the third was a group of three medallions showing the Lamb with the Cross, St John and the Virgin and Child. The medallions were installed over the northern door. 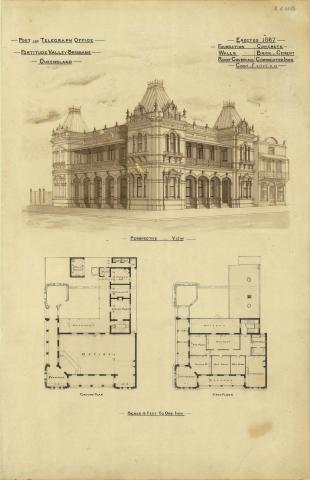 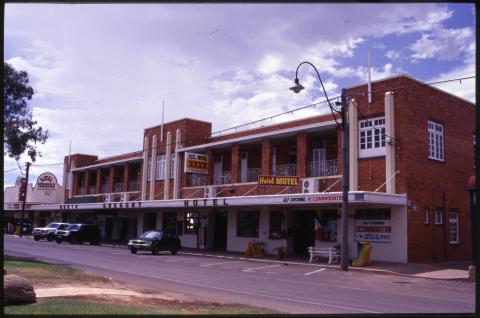