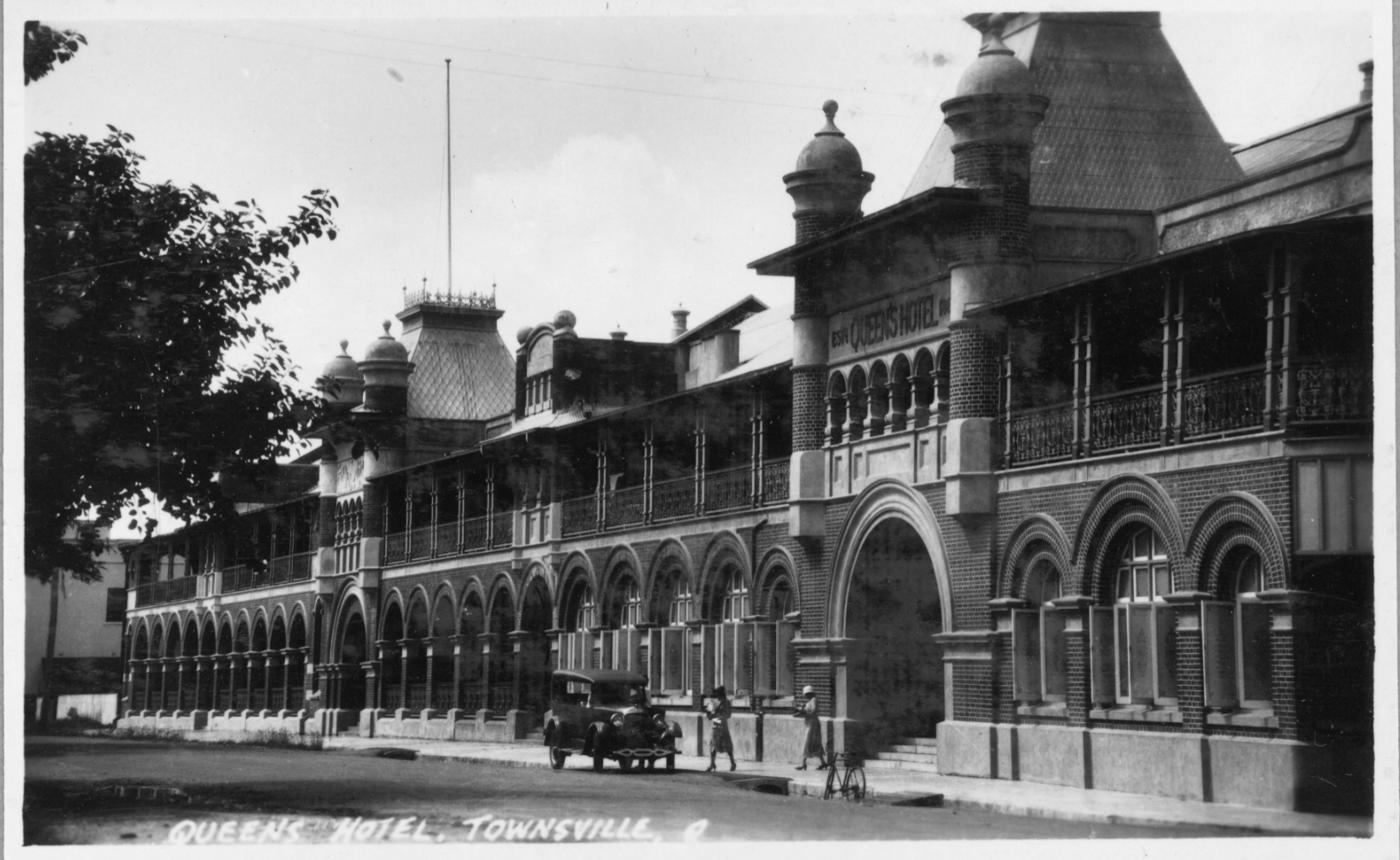 In the past couple of months, there appears to have been a crime wave in our midst — more or less of a minor nature, but the perpetrators are giving the police food for serious thought. On Friday night the Queen's Hotel was visited by some individual whose mission was cash only. How many rooms were entered is not known, but at least two small amounts of money were taken from a lady's handbag in one room, 4/6 was taken, and 8/ - was taken off a duchess in another. The police are investigating.

For the third time within the brief period of a couple weeks, another robbery was perpetrated at the Queen's Hotel last night but on this occasion, it was of the most daring nature in that it took place during the dinner hour of 6 p.m. to 7 p.m.

On going to dinner Mrs. Bell, of Lornsleigh station, who is on a visit to Townsville, left a valuable handbag containing £3 or £4 in notes and also a most valuable gold watch on her dressing table, and on returning after dinner she found that the articles were missing.

The police have been making investigations, and it is stated that a couple of persons seen in the vicinity of the hotel have been interrogated but with no result.

It is patent that the numerous robberies being committed are of a similar nature and are probably being done by the one person, who up to the present has evaded police.

Some thefts from rooms in the Queen's Hotel, which took place early in the present year, were cleaned up on Monday, when a young and fashionably dressed young man named John Frederick Andrew Campbell, 23 years of age, appeared before Mr. G . A. Cameron on three charges of theft. In the first case he was charged that between midnight on 17th January and 6.30 a.m. on 18th. at Townsville, he stole a gentleman's silver watch, of the value of £7/10/. the property of Eric Fernandez. In the second case he was charged that on the same date lie stole a sum of £6 the property of John Atkinson. In the third case he was charged with stealing an enamel vanity case, value £2, the property of Muriel Atkinson. The defendant elected to be dealt with summarily and entered a plea of guilty in each case.

Senior Sergeant Maloney, who prosecuted, said the charges were all in connection with thefts from the Queen’s Hotel. The complainant in the first case was a professional man from Brisbane, who on the night in question retired about midnight having placed his watch on the dressing table, missing it at 6.30 a.m. next day. The second complainant. Mr. Atkinson, occupied a room further down the corridor. He had retired about 1 a.m.. the money, which was the subject matter of the charge being in his trousers pocket, but in the morning it was gone. In the third case. Miss Atkinson, who had retired about the same time, left her vanity case on the dressing table in her room, missing it next morning. The defendant, who had been in prison on another charge, was discharged from Stewart's Creek on Saturday, after serving a sentence of three months. Defendant was met by Detective Sergeant O'Rourke and himself (the Senior-Sergeant), and was found to be wearing the watch which was the subject of the first charge, and he then also admitted committing the other two thefts. Neither the money nor the vanity case have been recovered. Defendant was a visitor to Townsville arriving a short time before the commission of these offences, and just about that time quite a number of thefts from hotels and boarding houses took place. The man had been convicted for the same class of offence in several places in the State. He was a single man, a native of Victoria and stated he had been engaged in station work. Defendant said he would like to be given another chance. He had a pass to go to Hughenden where he thought he could get work on a station, and would endeavour to make restitution. He had enough of gaol and had learned something from his recent experiences.

In reply to a question by Mr Cameron the Senior Sergeant said defendant had been convicted of stealing from a man in the place at which he was staying, and was then found in possession of an unlicensed revolver. He was not an unpractised thief.

Mr. Cameron said people going to hotels had to leave their doors and windows open in this climate and they must be protected as far as the law could do so. He was not going to give defendant another chance. If people in hotels had to lock their doors and windows to protect their property it would be impossible to live. Defendant had visited three rooms in the hotel on this occasion, and he apparently could not deny himself the pleasure of stealing.

Townsville's first Queen's Hotel, a two-storeyed timber structure, was erected at the corner of Wickham Street and The Strand in 1872, and was extended along Wickham Street in the 1880s. It early acquired a reputation as one of the best kept hotels in Queensland, patronised by visiting dignitaries. In 1899 the property and license were purchased by John Henry Tyack. He raised a £14,000 mortgage on the property, and called for competitive designs to replace the timber building with a substantial brick structure. The winning entry was submitted by architects Eaton, Bates & Polin, who had opened an office in Townsville c.1901. Eaton & Bates had trained in Sydney, but by the turn of the century their principal offices were in Brisbane, with branch offices in Rockhampton, Townsville and Toowoomba. Arthur Polin was managing partner of the Townsville office.

The original design was more modest in size than the final structure, extending along the Strand only as far as the eastern tower, and around the corner of Wickham Street for eight bays. It was erected in stages, with trade continuing from the original hotel on the corner of Wickham Street and the Strand until 1925. In 1901, Tyack purchased an adjoining block (site of the former North Australian Hotel) along the Strand, which permitted construction of the first section of the new Queen's Hotel, comprising the eastern tower and four bays to its west, c.1902. This section was extant by March 1903. In May 1904, Tyack replaced the first mortgage with one for £20,000, which probably financed construction of the second section, completed by 1905. This involved demolition of part of the timber building along the Strand, and the extension of the brick building a further six bays toward the corner of Wickham Street. The contractor was a Mr Boyle, and work was underway in January 1904. For the next twenty years, Queen's Hotel consisted of a brick wing along the Strand, and a corner timber section which continued back along Wickham Street. 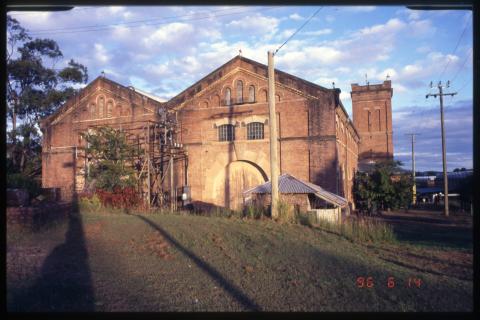 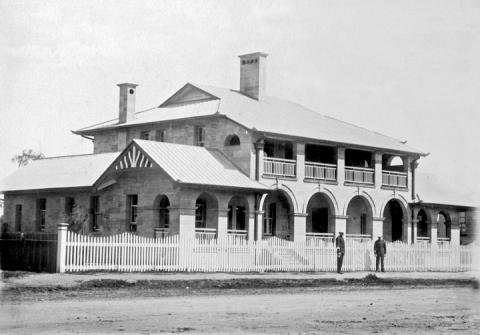