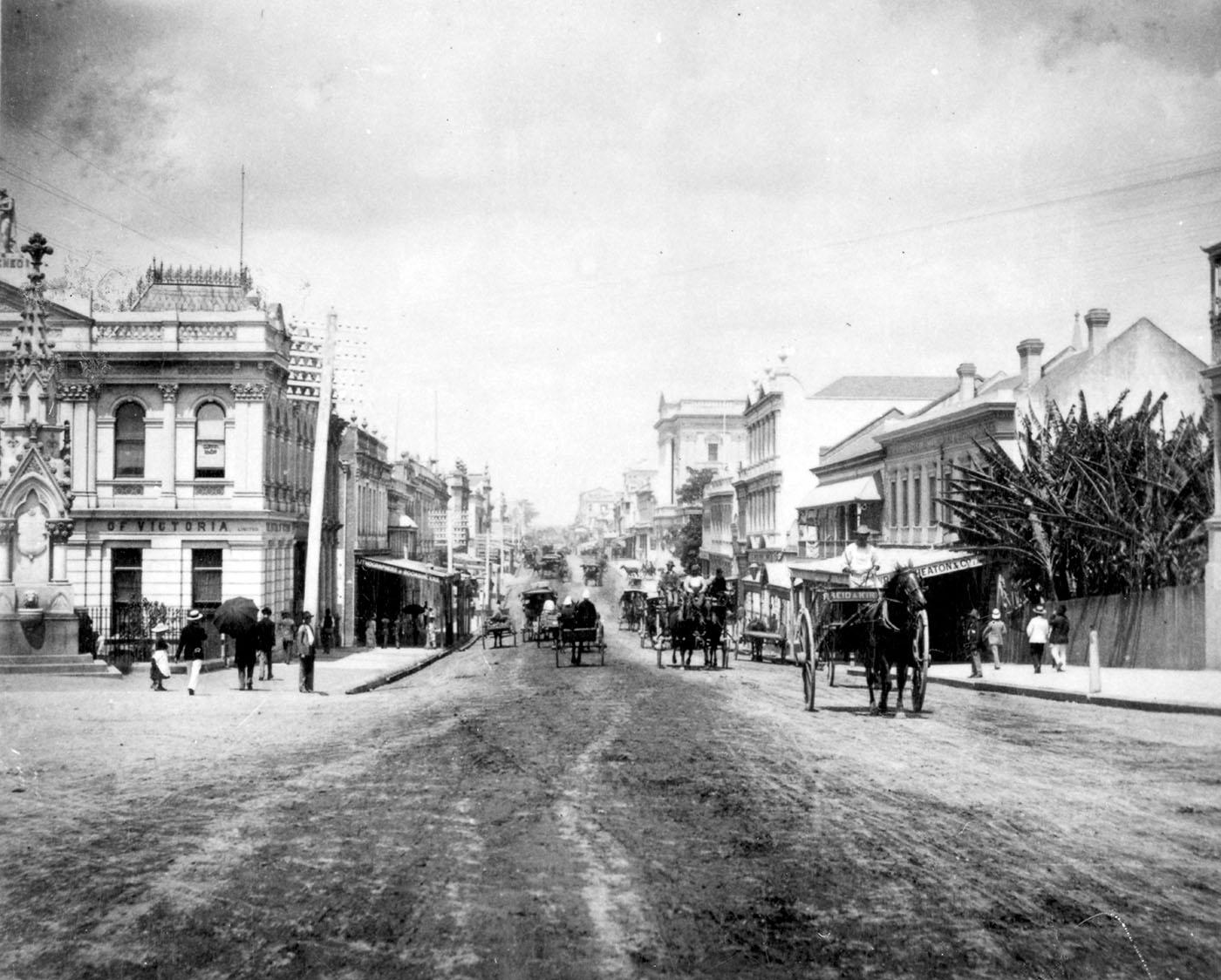 GORED BY A BULLOCK

A remarkable accident of a serious nature occurred in Queen-street yesterday afternoon. Mr. Hutchinson, an operator at Matthewson's photographic gallery, was crossing Queen-street, when he passed close to the head pair of a team of bullocks standing, we understand, quite unattended in from of Messrs. Tait and Co.'s store ; as Mr. Hutchinson was in the act of passing the near side leading bullock, the off side leader charged him, and the animal's horn entered the fleshy part of the left arm, which was ripped open down to the elbow joint, and nearly passing completely through the arm.

The bullock then turned and tossed the injured man over his back, and carrying him along some feet, with the horn continuing to tear his flesh badly. Hutchinson had sufficient presence of mind to lay his other hand on the near side leader's back, and was thus enabled to lift himself off the other beast's horn. He then fell to the ground, and, recovering himself, was enabled, with the help of two gentlemen, to walk to the shop of Messrs. Potts and Berkley, chemists, where, after a time, his wounds were attended to by Dr. Rendle. The sufferer proceeded thence to his residence on Spring hill, and his is now progressing favourably.

Queen Street, Brisbane, as the city’s main street, is at the centre of the network of streets that make up the central business district as well as the streets of South Brisbane, both in the street’s name as well as its alignment and width.

Queen Street began as little more than a track leading from the main part of the early Moreton Bay Penal Colony, running northward, crossing the watercourse then known as Wheat Creek, with a deviation leading up to the Windmill.

With the opening up of the area to free settlement in 1842 and the consequential growth of Brisbane Town, there was a need to develop a more formal and usable system of streets.  Surveyor Dixon had undertaken a survey of the streets of the town in early 1840, which essentially comprised a grid pattern of square blocks, ten chains (approximately 200 metres), with streets 66 feet (approximately 20 metres) wide.  The position and direction of these streets were based upon the position and alignment of the existing Prisoners’ Barracks and cut across the various tracks that had developed over the life of the settlement.

Subsequently, some changes were made to this initial layout.  The square blocks were flattened into a rectangular grid with the streets being widened up to 1.4 chains (approximately 27 metres).  However, Governor Gipps, when visiting in March 1842, was not greatly impressed with the settlement, seeing Brisbane Town as “simply an ordinary provincial settlement”, which would have no need for grand avenues.  So Gipps ordered the planned width of the streets back to 66 feet (approximately 20 metres), arguing that this would ensure that the buildings of each side of the streets could be kept out of the sun.

There was some later compromise with the main street, later to become Queen Street, having its western boundary moved to accommodate a width of 1.2 chains (approximately 24 metres), however, the other streets were to remain at the initially planned width of 66 feet (approximately 20 metres). 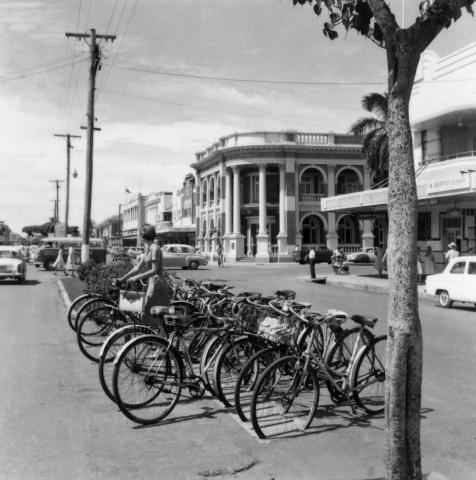