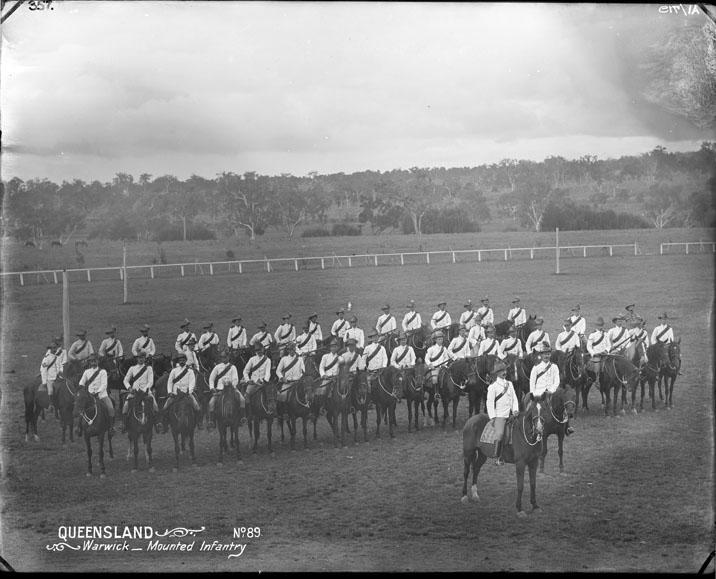 As stated in our last issue, the Queensland Government have decided to send a detachment of two officers and twenty men of the Mounted Infantry to England to represent the colony at the celebrations in honor of the Queen’s Diamond Jubilee. Major King, of Toowoomba, will command the detachment, and it is thought probable that Lieutenant Tozer, of Brisbane, will be the other officer. The men are to be chosen from Brisbane, Ipswich, Toowoomba, Warwick, Gatton, and northern companies.

The officers commanding companies were asked to nominate four men from each company, and from the men so nominated the twenty men to form the detachment will be chosen.

[…] Some few of the men nominated by officers commanding companies will probably be weeded out by the Head Quarters authorities, and the names of the men who are to form the detachment will not be definitely known for a week. Probably only one man, certainly not more than two, will be taken from Warwick.