Mr B. A. Ross prosecuted and Mr. Boyce was for the defence. Leslie Nixon gave similar evidence to that tendered in the lower court.

Jessie McLeod, in the employ of Lyall's Ltd. for the past four years, stated that part of her duty was to keep the books. The nickel stopwatch on folio 67 ought still to be in stock, as.it was not sold, or it would have been struck out. The same applied to the photo pendant. Witness and Mr. Wilson sold the articles over the counter. Defendant only helped at Christmas. Then he put the sales down on a piece of paper and she entered them up.

By Mr. Boyce: They could always account for the things sold. Goods have sometimes been shifted from the Gill-street to the Mosman street shops.

That was the case for the prosecution.

Henry George Davies, watchmaker, deposed he first remembered seeing the watch in the box about 5 or 6 months ago. Witness asked Wilson, how it came there and he said he did not know, but that witness must have taken it in, as it was not entered in the books. He said probably he did, but he did not remember. Mr. Wilson said he could not trace the owner, but witness said he would try and find the owner. There was no more said about it till he was going to Brisbane. He then told Mr. Wilson that if the owner came in, to take the name and when he came from Brisbane he would fix it. When he came back he saw it still there. He had taken the watch out several times to look for the owner. He took it out last on the 14th ultimo but had no idea whatever of stealing it. He had been an expert tradesman for about 12 years. It was usual to have a stock of tools and odds and ends. He had always had such a stock. The watch was worth £3 or £4. Sometimes he carried a stock worth about £100, sometimes only £15 or £20. He had not hidden that parcel under the chest of drawers. He put it in the bottom drawer. He bought the stop watch in May last for 12/6. He owed Lyall's a small account still. He bought the watch just before the annual races. He had bought about £25 worth of goods since he had been at Lyall’s. He bought the photo pendant in Sydney about 3 years ago. He had showed it to several people in this town. Kate Bradley and Eileen Owen were two who had seen it. He bought the steel broachers through Lyall from Brady and Co. about 6 months ago. He had about 40 of them. They can be bought in any number and of any size. The punches he had used for years. He had taken them to Lyall’s. He took six there and only took three away. They can also be purchased in any size and cost about 1/-each. He got the gold from a man named Jack Sippel in Sydney and produced a letter from him asking for payment. Also registered Government receipts for money sent.

The receipts were put in. Continuing: He bought the gold from Sippel in Sydney about 15 months ago. He had sent him money and owed him still £1/19/7. Most pieces of gold will split. He said the gold in court was the same as he bought. He also bought the tubes of jewels from Bosch Barthel. He bought a gross for 7/6. They were of different sizes. There were also ruby pins, for watches. The main springs were all his. He had had the main-spring gauge for eight or nine years. He used it at Lyall’s. When he went away he took it with him. As to the colour, they were all the same, and coloured by perspiration from the hands. They all had the same numbers. The extractor was exclusively a watchmaker's tool.

To Mr. Ross: He asked Mr. Wilson to get him commercial rates about three weeks before he left Lyall’s, if he should go to Sydney. He did not know how the other pin vice got among his goods. He had bought half a dozen broachers from Brady, and Co.'s. He was never, hard-up. He was shown a watch numbered E 62. He had bought it somewhere. He could not say where. When he arrived Mr. Lyall presented him with one of the watches, a gun-metal one. There was nobody else there. He did not get the other four from Lyall’s. He was in business by himself once, but gave it up through ill-health. He disposed of some of his stock. He had never been in a court before in his life.

Re-examined by Mr. Boyce: When Mr. Wilson asked him for the watch he just said, "Where is that silver watch.” He did not say "Silver hunting keyless Rotherham watch.” Witness was prepared to give the history of the goods.

John Wm. Keeling, watchmaker and jeweller, said he had had a good deal of experience and knew the tools of the trade. He looked at the broachers. They were universally used by all tradesmen and are very cheap, and can be bought in any quantity. The punches also had nothing uncommon about them. They. were the ones usually used. They can also be got in large or small quantities. The main-spring gauge was, the same us that used by all tradesmen, so were the roller, extract and pin vice. There was nothing strange about, the hammer marks. Some workmen used the vice in different ways, from others. The screw plate was the ordinary trade article. There was nothing extraordinary in the fact that the holes were plugged up. The dividers had the points filed, which was not a peculiar thing. He thought the pieces of scrap gold were very common patterns. The usual standards of gold wcrc,9, 12,15, 18„ and 22 carat.

To Mr. Ross: A watchmaker does not require scrap gold for his work. He might remember the heart-shaped piece if he cut it out, but not the others.

Thomas Mooney, jeweller, looked at the tools produced. They were the usual-trade tools. It was usual for a watchmaker to have his own tools. When witness worked at Lyall’s, he had all his own tools. The scrap gold was not anything out of the common pattern. It had been sawn out.

Kate 'Bradley, duly sworn stated she remembered prisoner showing her a photo pendant about eighteen months ago. He wanted her to accept it. It had star points on it and was to all appearance, made of gold. The one in court was the same one. She would not accept the pendant, because her parents would not allow her. She had not known him long enough.

By Mr. Ross: She had had other presents from prisoner.

Mr Boyce addressed the jury at length, he said the report which had been published in a morning paper before the case came on was contemptible, and must not influence them. The paper had said "a quantity of things were in his possession, which could only be bought in bulk,” and that "the accused was on the. eve of his departure to Sydney when arrested." It was most misleading and must not influence them.

Lyall's is a small masonry shop built in 1897 for David Lyall to replace his previous jewellery shop on the same site. Constructed at the height of Charters Towers' prosperity, it is notable for its elaborate frontage featuring large display windows of curved plate glass.

When it became clear that the Towers was more than a transient gold field, permanent buildings began to be erected and the area was surveyed. As was common with gold fields, the survey clarified and confirmed what already existed with regard to property and this can be seen in the variety of lot sizes within the grid superimposed on the settlement. It is well demonstrated by the block on which Lyall's is built which has a frontage of only 4.22 metres and was purchased freehold by Richard Binder in 1876. Binder was an assayer and jeweller and probably already had an office on the site as the fee paid was nominal and probably simply covered the survey costs.

In July 1889, Binder sold the property to David Lyall, who had been working in Charters Towers as a jeweller and watchmaker since at least 1886. His advertisements in the Northern Miner from the Mosman Street address stated that any article of jewellery could be made on the premises to a standard of workmanship equal to be best in London or Edinburgh. 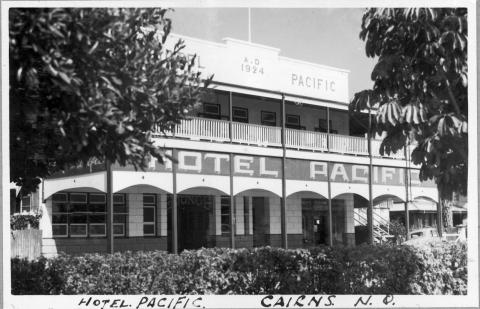 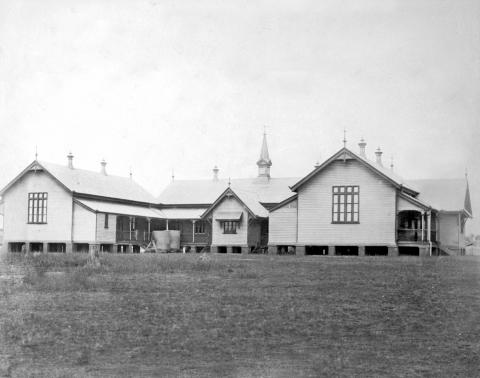