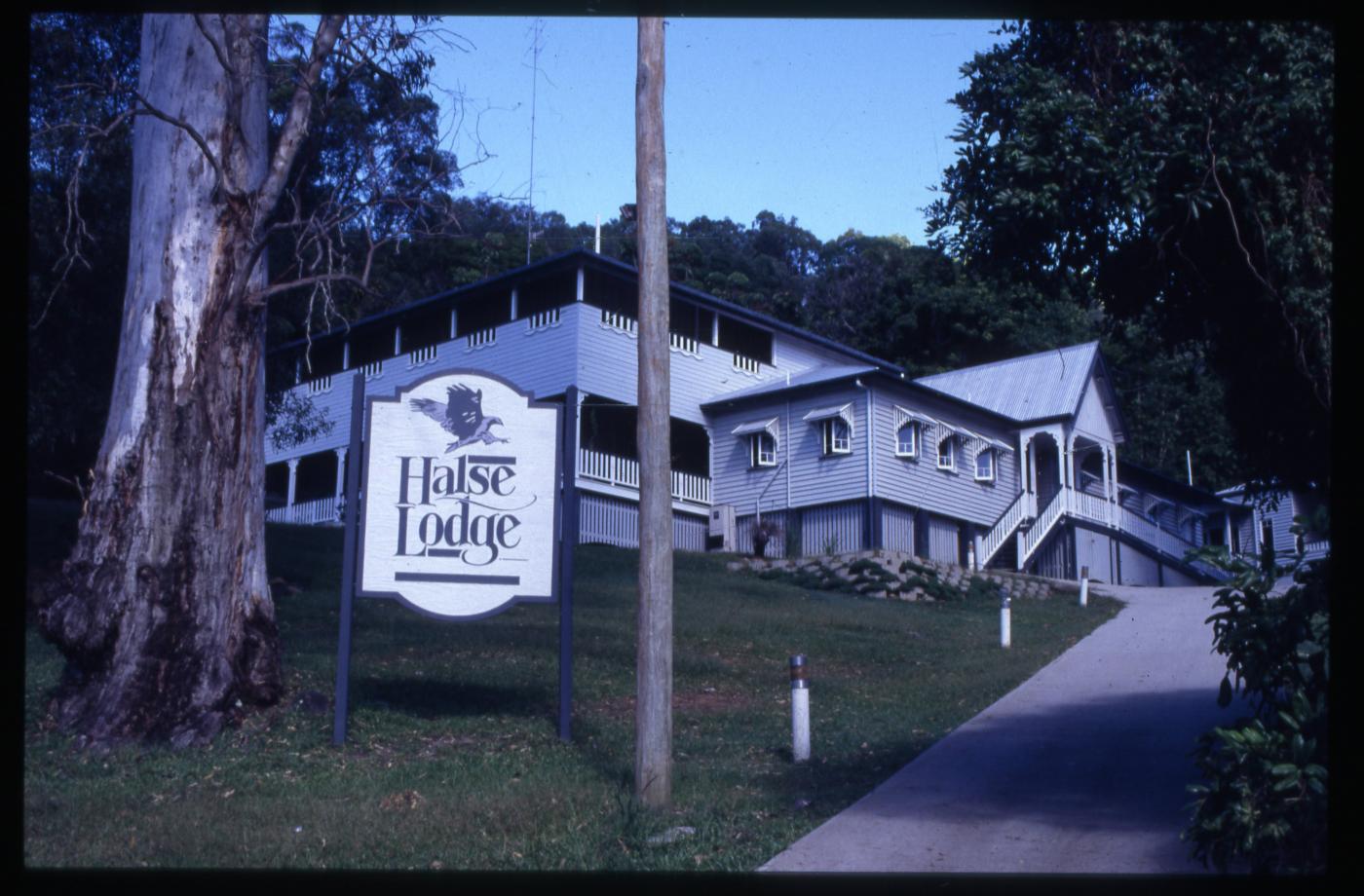 (By a Gympie visitor)

After an absence of some years I made up my mind last week to again renew acquaintance with the sanatorium, Noosa – the veritable queen of Southern watering places, - whose recuperative qualities, however, are not as widely known as they should be. In the “off” season the inhabitants lead an almost ideal life – the world forgetting, by the world forgot, - this idealic stage being only broken in upon by sundry travellers at lengthy intervals. But on the return of the holiday season the apathy vanishes, for while the sun shines the hay must be made, and a business-like air is everywhere visible. Then  the visitor is en evidence – the miner taking his well earned holiday to get the dynamite blown out of his system by the refreshing ozonic breezes that at times come with a force resembling his own well-known explosive ; the business man, who lves his office, counter, or desk, and with wife and family seeks to lay in a stock of health for the forthcoming year ; the broker and speculator, who for a time give up their entrancing occupation and “far from the madding crowd’s ignoble strife” sit with baited line to inveigle the dainty whiting and its less delicate brethren, the cod, jew-fish, and “bon” bream. It is indeed a treat for all to put in a time at this delightful resort, for life here is not lived always at concert pitch, although there are times when a party of gay young sparks have a day (and a night) out – when the township of Tewantin assumes a sanguinary hum, and a general hilarious time is spent. But those only tend to make the more sober time all the pleasanter, and truly the words of old Hudibras are true – “ A little nonsense now and then is relished by the wisest men”

The rail terminus for Gympie visitors is Cooroy, the balance of the journey being done in coach, over a road fairly good in fine times, but horribly bad in or after, rainy weather. This road, by-the-by, to be kept in proper order must take a goodly proportion of the rates collected in this part of the subdivision, and it would therefore by a saving in that respect if a branch line were constructed; of which more, anon.

Since my last visit the township of Tewantin has altered very little – very few new buildings have been erected, for indeed, there is little or no inducement for residents to put up where the industries are languishing and the prices that have to be paid for the carriage of goods, timber, etc at present are too high or the journey is too inconvenient for many, except well-to-to people, buying an allotment and putting up a house of their own.

Tewantin only boasts of one hotel – the Royal Mail – kept by the widow of the late genial “Johnny” Myles, and several important improvements in the hostelry are noticeable. Although the hotel has been enlarged and fresh rooms added its sleeping capacity is taxed to the uttermost during the holiday season, the pull on the river to and from the Heads being considered one of the luxuries of the place, and there is no doubt there is enjoyment in it ; to sit idly in the seat listening to the water lapping gently the sides of the boat as it is forced through the water by the sturdy oarsman, or else feel the exhilarating motion of cutting through the water with sail extended to its uttermost under a fair wind. And then, again there is the delightful sensation of a pull on the river by moonlight, when the reflected of moon, stars, and trees in the placid water tend to bring to the surface all one’s stock of poetic feeling – be it great or little.

The journey to the Heads is at all times a pleasant one for the visitor, for it means a three-mile pull or sail down the river and people saturated with town life and business cares can fully appreciate the joyousness of leaving those behind them for a time and revelling in a glorious breeze, for there is generally one blowing in from the sea. On the way down neat cottages are passed and a pretty panorama is presented. But it is not until the beach is reached that the full beauty of Noosa can be seen, and once being seen means appreciation. On the south side there is a pretty cluster of residences, some belonging to identities of the place, while others have been built by Gympie citizens, and among the number is included the well and favourable known ample boarding-house of Mrs Bunbridge. These all face Laguna Bay, and a fin stretch of the Pacific Ocean is visible. To the south, running out to a point into the ocean are the South Heads, a bold promontory, covered almost to the foot with vegetation, which is then succeeded by gradually shelving rocks into the water, against which the breakers at times beat with terrific forces, with a boom like that of artillery, and send up column after column of white spray, which falling, makes myriads of miniature fountains.

On the north side there is now only one residence, that of Mr Wm Hall, for although some time ago there were others, they have been taken away and re-erected elsewhere. Here there is a length stretch of beach – in fact it is said that one can walk right to Double Island Point, an estimated distance of 40 miles – not a walk, perhaps, that many would appreciate but as it is almost as level as a bowling-green as a buggy drive it should be superb. Lying at some distance behind the two beaches are ranges of hills while here and there stands silhouetted against the sky one or other of the high peaks of the district – Cooran, Coory, Tunburrowa etc – majestic to behold in their gigantic ruggedness, reared above their fellows like very sentinels guarding the passes.  With these as a background and the Pacific Ocean in front stretching as far as the eye can reach until sea and sky become merged and the boundary line of the two becomes indistinct, can one wonder that other sea side resorts fade into insignificance by comparison? No! The wonder is that its beauties, its magnificence, have no ere this been trumpeted forth on all sides, for although at other places Nature has proved herself no niggard, here she seems to have been extra lavish with her bounties.

The beach on either side shelves gradually into the sea, making it safe at almost any spot to indulge in a bath in the breakers. The little waveless roll over and over tumbling gleefully on the bright yellow sand, chasing each other as it were, then turning and running back again to Mother Ocean. Further out they get large and larger still tumbling over each other in their haste to get to the shore, and then farther out still, great hoary headed monsters rear their heads above their fellows still hasting shorewards. These come with a sweep and a swirl, rise up, overbalance themselves and come toppling over, only to rise and again and repeat the performance until they dwindle down and they become entangles with the little wavelets. This entrancing sight is delightful to all, but perhaps it is appreciated by non so much as the children – for to the majority of them the sea is still an unsealed book, its mysteries, both as regards its actions and its inhabitants, are as yet unrevealed. They see only billow upon billow of water coming in one after another, running up to their bare feet and kissing them, until one more ambitious than its neighbour makes a mighty effort and comes rushing and bubbling, covering the feet and making its way up the ankle until it retires exhausted as it were with a swish back into the sea. Ah! Happy days of childhood, you have yet to learn that there is also another phrase to this same water, when with leaden hue and sullen roar it seeks to entrap the unwary and clasp with a tightening and insidious embrace those who venture too near and bear them down and down and down to the vasty deep, there to remain until the sea gives up her dead.

This of course is not a pleasant picture to contemplate so we will touch on a more lively theme – a theme that is almost as engrossing to young as to those of older growth – especially on Gympie – namely that of gold seeking. For some times it has been pretty well known that beach-combing was being carried on at Noosa and varying account as to the results were received. It appears that two old “shell-backs” who had spent some time on the West Coast of New Zealand seeking to win gold from the black sand there, heard that similar “country” existed at Coolum Beach some 17 or 18 miles south of the Heads, and during the nine months they have been at work the proceeds of gold amounted to £60. This is not much certainly but I am informed that work has only been carried on in a spasmodic manner, for the beach-combers express no anxiety to become rich suddenly – to them it is “sufficient for the day is the gold thereof”, and if that is enough for “tucker’ then they are content. That there is something in this business, however, is apparent, for in one fortnight they won no less than £19 worth of gold. I am told that they are about to leave the locality shortly to try some similar place up North, but the prospects here are sufficiently tempting for others to try their hands as two residents of Tewantin, Messrs Walker and Egan, have commenced in the business this week as a point between the South Heads and the old beach-combers. I intend paying them a visit this week and hope to describe the process more fully in another article. 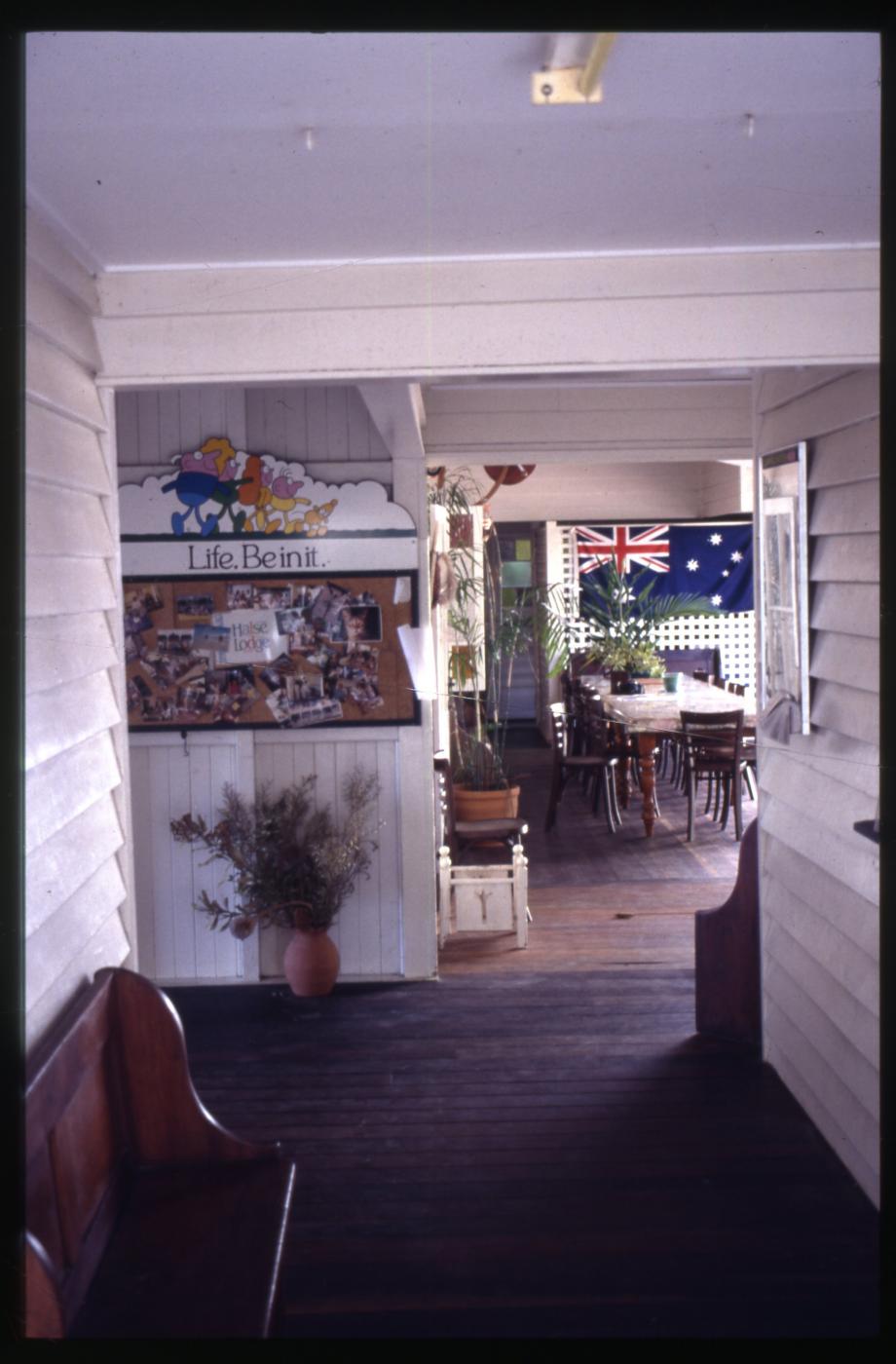 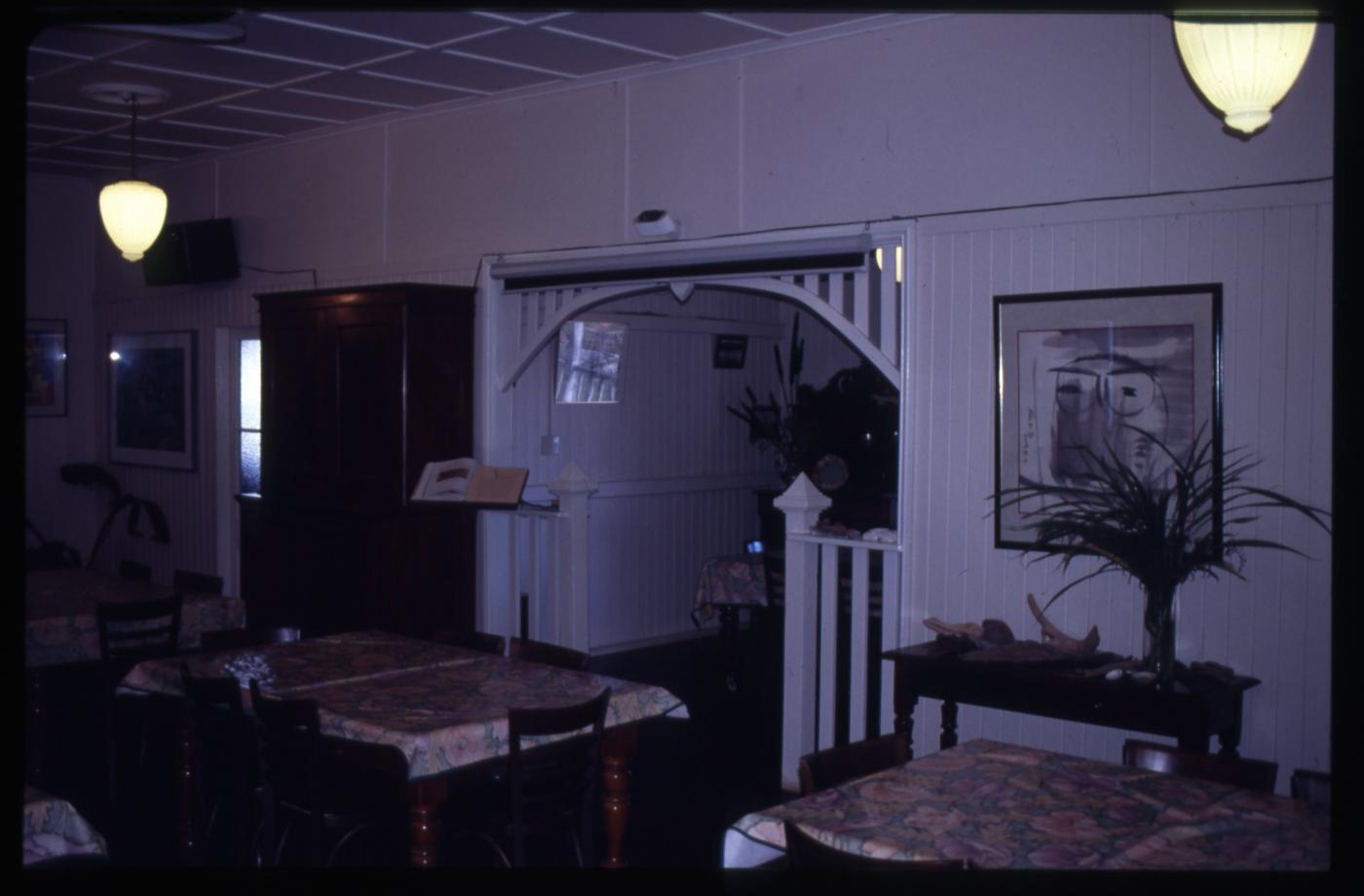 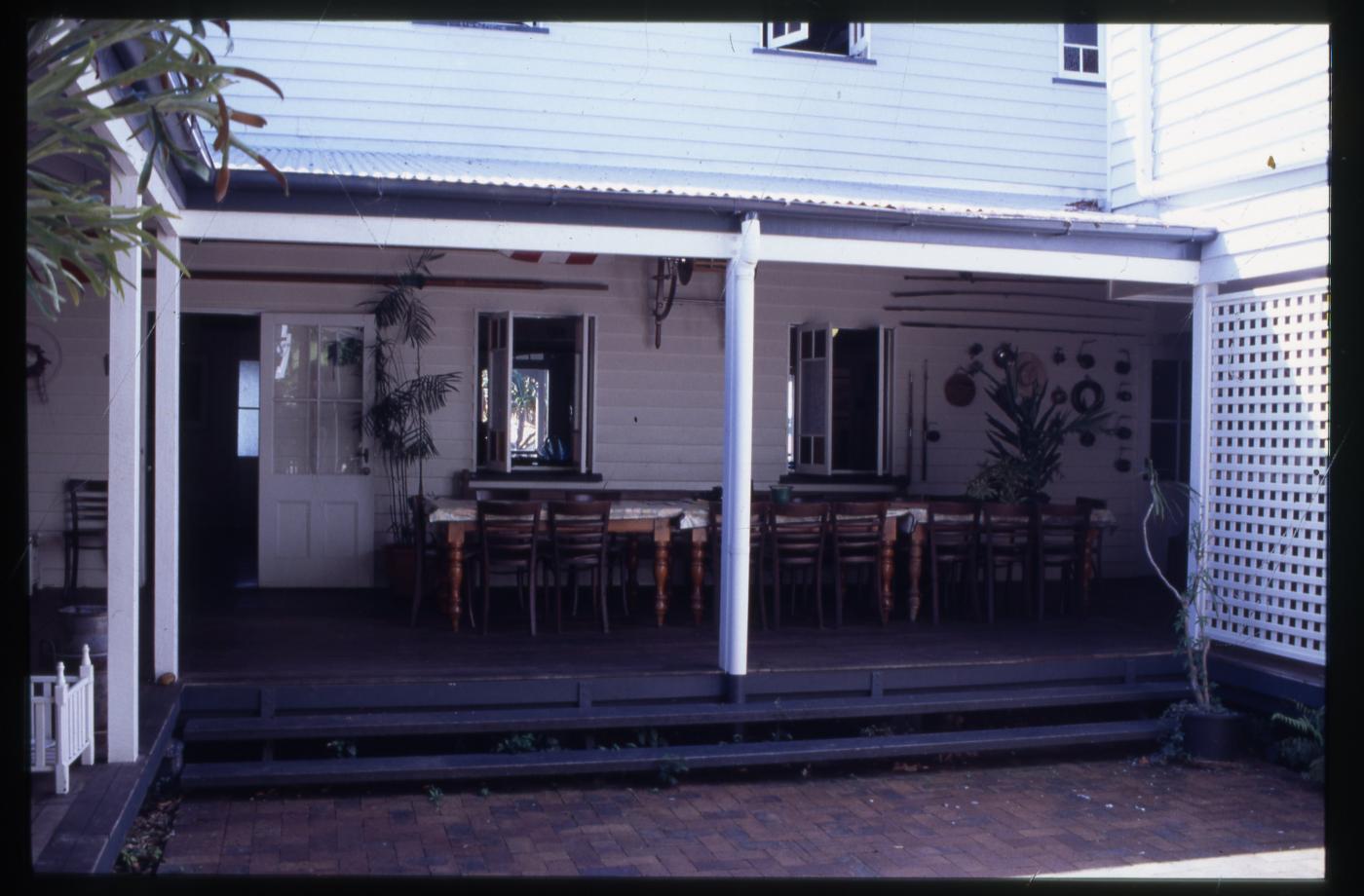 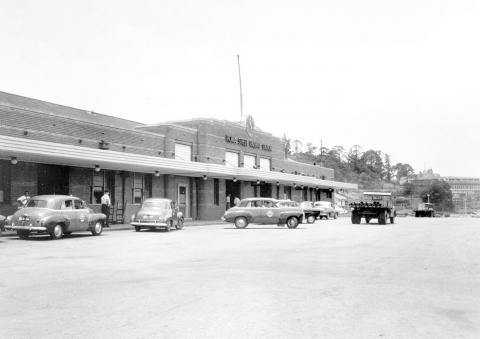 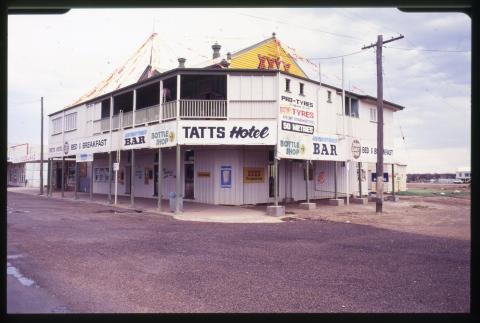 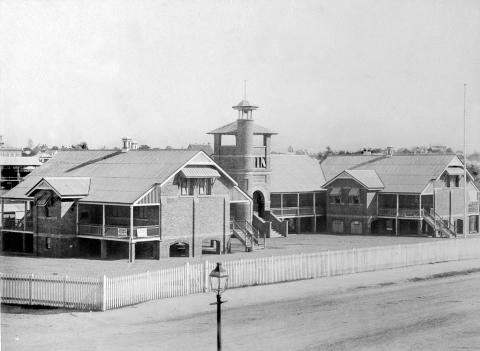