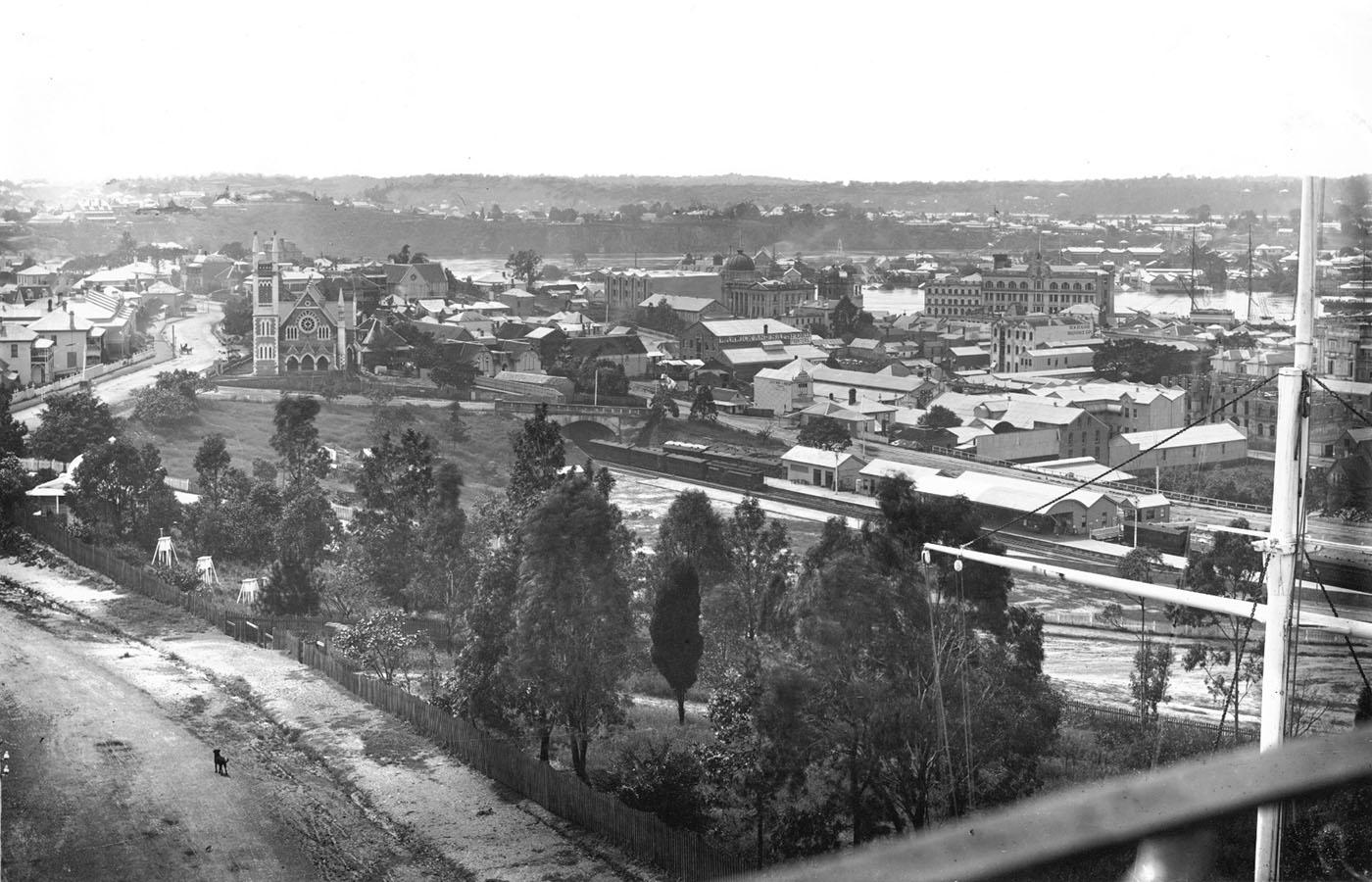 Telegraphic communication was restored late on Friday, and there is a terrible tale of damage done by floods. […] During the time the Brisbane River was in high flood, many of the wharves were submerged, and boats were plying along Stanley-street, the main thoroughfare of South Brisbane. The suburbs were mostly under water. […] Almost the whole of South Brisbane has been submerged to a depth of 10ft, and hundreds of houses were utterly submerged. Boats were plying in the streets day and night to render assistance. Four deaths occurred in the city alone. Telegraphic communications was entirely suspended on Tuesday, Wednesday, and Thursday, and the mails could not travel. Thousands of yards of railway lines have been washed away. The river rose in North Brisbane, and submerged all the warehouses between the Botanical Gardens and Elizabeth-street.

The waters are now receding rapidly, but many portions of the suburbs are still flooded, and for miles around the city there is a horrible scene of desolation. The gas works were submerged, and the city was in total darkness for two nights. The river rose to the level of the lower decking of the Victoria Bridge, against which the water rushed with terrible force.

The damage by floods in Brisbane and suburbs is now estimated at nearly £300,000. The Mayor has convened a meeting to raise subscriptions in aid of the distressed, hundreds of whom lost everything, many houses and large quantities of furniture being carried out to sea. […] Brisbane is a scene of mourning. Hundreds who are homeless have spent their time in watching the great flow of water rushing by. Men, women and children are all huddled together in the public buildings. The water is gradually receding around the gas works, but still rushing like a mill race, and the whole city will have to remain in total darkness for several days yet, and it will be a week at least before people will be able to once more inhabit their deserted and desolated homes. 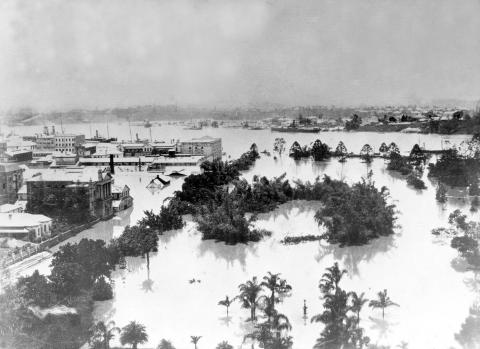