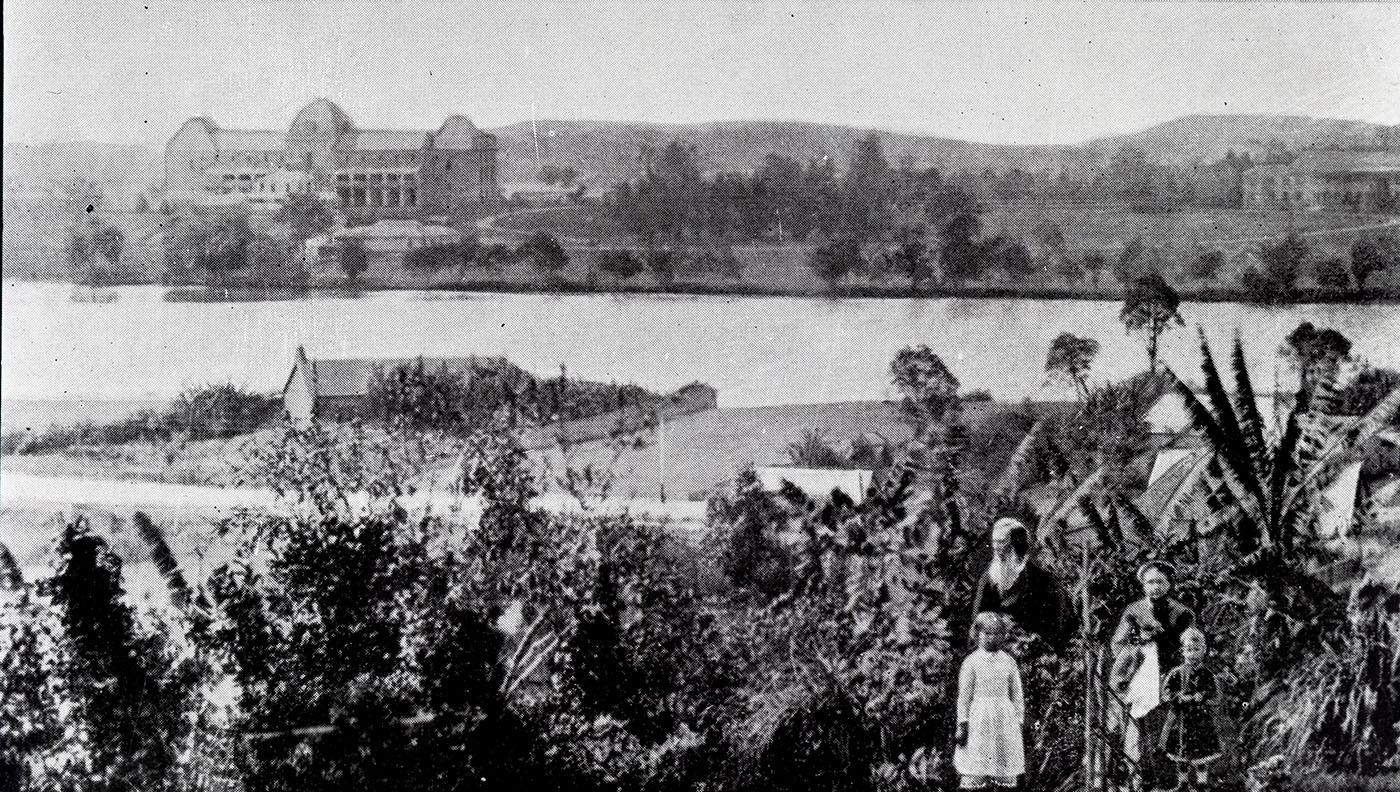 A couple of arrests – On the application of Sub-Inspector Slattery, Alexander M’Queen, 24 blacksmith, and John Ruddy, a lad of 13 or 14, were remanded till the 26th instant, on charges of larceny. M’Queen, it appears, is accused of stealing carpenters’ tools from the Pimlico shops (Mr Lewis’); and when arrested he admitted the charge. In the other case the arresting constable had to employ considerable tact in capturing the prisoner. It may be remembered that Ruddy was one of the two boys brought up some months ago charged with having been concerned in certain pilfering transactions at South Brisbane; but on account of his youth, and the belief that he had been misled by an accomplice, he was let off, or, as the phrase goes, handed over to his friends. He is now charged with stealing money belonging to a man named Ward, residing at Boggo; and it is stated that the sum of £9 2s. 6d. is missing.

On Tuesday, Senior-constable Barry saw prisoner passing along Stanley-street, South Brisbane, with a bird cage on his head, and at once started in pursuit, but used every precaution to avoid arousing his suspicion, knowing, as he said, the difficulty the police had experienced in getting hold of him on the last occasion. When near the Clarence Hotel, Ruddy called at a private house; and the constable, who was evidently waiting till he should get him into a corner, pounced upon him on the verandah. Kicking, biting, struggling ensued, but to no purpose; and the lad, finding that he could not break away from the constable, lay down, and had to be carried into a butcher’s shop close at hand, where he was detained till further assistance arrived, and he was then lodged safely in the lock-up.

The figures in the foreground of this photograph were identified as Thomas Blacket Stephens and his family, taken from out the front of their home in South Brisbane called 'Cumbooquepa' from the Aboriginal name for the waterholes on the land.

A wealthy businessman and newspaper proprietor, Stephens was also a prominent Brisbane politician, serving as the second mayor of the Brisbane Municipal Council and as a Member of the Legislative Assembly of Queensland and the Queensland Legislative Council.

On 10 July 1856 Stephens married Anne Connah, and when he died on 26 August 1877 he was survived by his wife and eight children. In 1890, his widow Anne built a newer home 'Cumbooquepa' which was later purchased in 1919 as the boarding school for the Brisbane girls' school Somerville House and is now heritage-listed.

Biographical information sourced from the Australian Dictionary of Biography and Wikipedia.