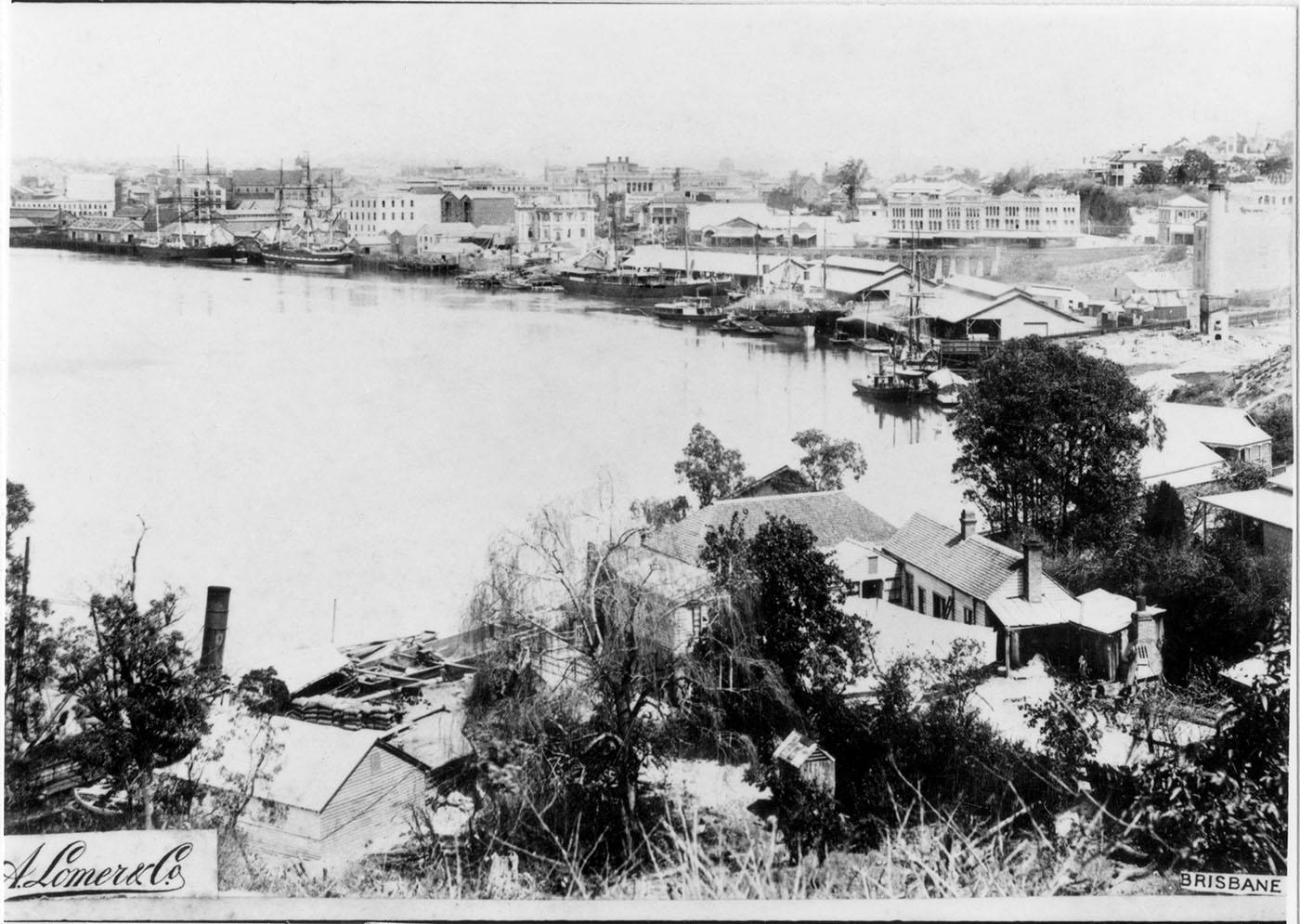 A serious fire occured early yesterday morning at Petrie's Bight [...] The alarm was telephoned from the Observatory to the Central Station at 3.40am and was conveyed almost simultaneously by Constable Kelly, who was on duty in Petrie's Bight and who, observing the flames, ran to the fire station. The bell was rung, and Superintendent Hinton, accompanied by Assistant-Superintendent Jones of the South Brisbane Volunteer Fire Brigade, proceeded at once to the scene of the conflagration, followed by twelve firemen with two hose-reels and the escape ladder. On the arrival of the firemen the whole building, which was constructed of wood covered with galvanised iron, was one mass of flames, and owing to the inflammable nature of the stock, papers, printer's ink, confectionary, etc, the efforts of the firemen to save the building were in vain, so they devoted their attention to saving the adjoining premises. 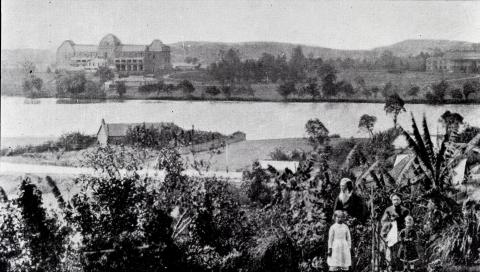