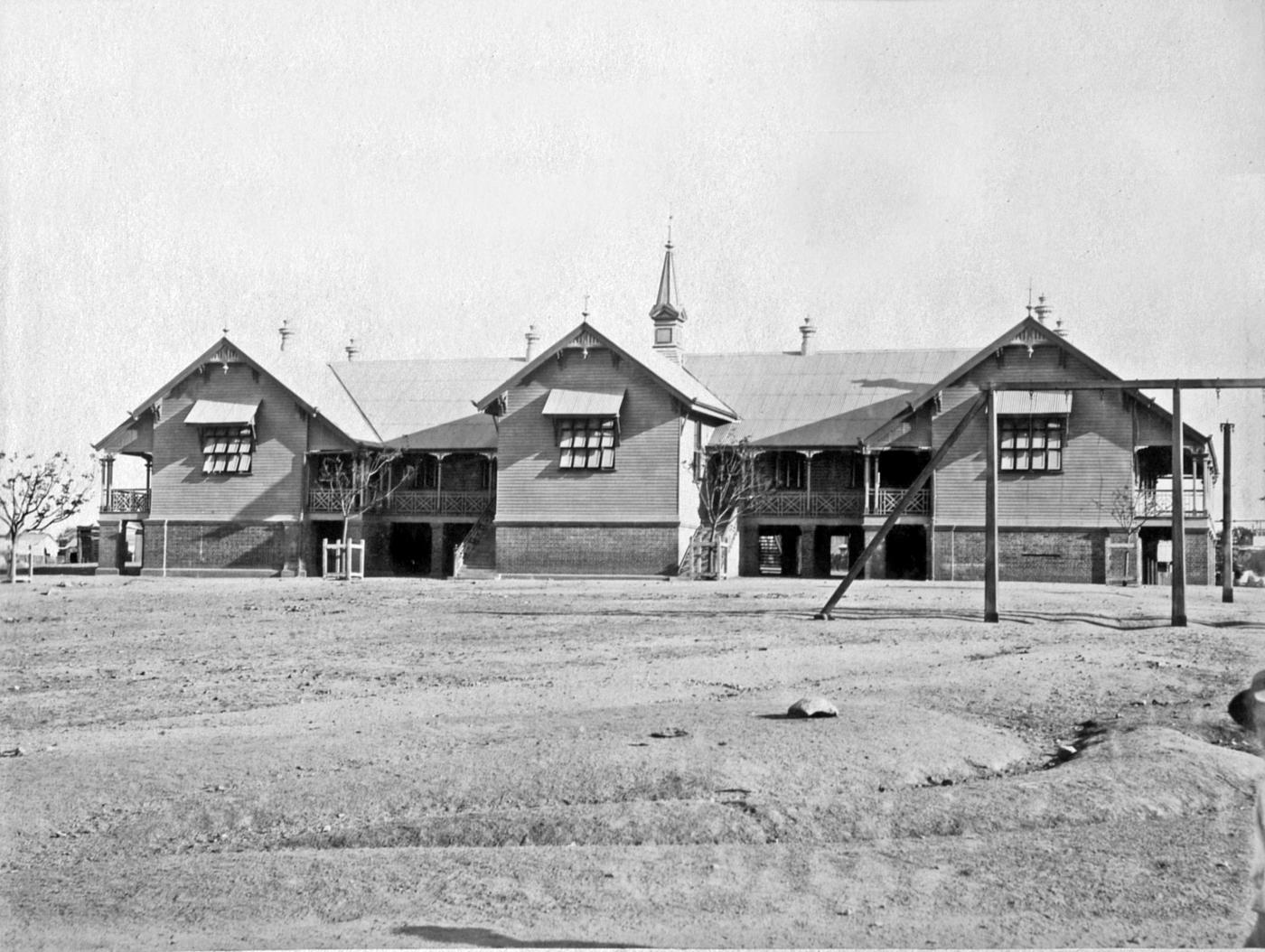 We had the pleasure of attending, yesterday, at the invitation of Mrs. Power, a concert by the children of the Girls' School, given to show the parents and friends of the children their progress in music. It was an exhibition of their ordinary daily work in this line, and a very pleasant surprise to us. The progress of Charters Towers is strikingly illustrated in this Girls' School, " blowing and growing" under our very eyes almost without notice of recognition from the general public. In the early days of the field we took a lively interest in the education of the children, and helped with H. W. Palmer, Howard St. George, and a few more, to build the Millchester State School, and a year later, with Messrs Lissner, Hubert, Henning, Woodburn, Hartley and W. Davie, to build the present Boys' State School. Then Mcllwraith came into power, and wiped out the whole of that committee, and substituted the present committee. Since that time we have given the State and all other schools "best." We are glad to renew our old relations with the State schools. We do not wish to say anything of the present committee, but we mean to ask them to help to carry out an idea we ventilated lately, that is to give the children of all the schools on the field one holiday in each year, and to celebrate it by a picnic to the Burdekin. Mrs. Power, the head teacher, informed us that there are now on the roll 1007 children, mostly girls, there being some boys among the infants. There were present yesterday between 700 and 800 children, and bright and happy they looked. They are a credit to their teaches, and Charters Towers ought to be proud of them. There were several of the parents and friends of the children present; also Rev. J. Eykyn, Anglican Church, and Rev. Mr. Harrison, Wesleyan Minister, with Mr. Allom, Secretary to the School Committee. Entering the grounds, the first thing that struck us was some deep ruts cut by the rain, which are dangerous to the children during play. Mr. Harrap, the district Inspector, is now on the field, and we would call his attention to it. We mean to give reports of the School Committee if we are informed by the secretary when a meeting is held. The main school room consists of two sections; there were nearly 300 girls present, their ages varying from 5 to 12 or 13 years of age. They all looked healthy and clean and bright looking. Passing to the next room, No. 1, we found about 250 children of a lesser age, boys and girls, and into No 2, where about 250 more mixed children and infants were seated. The concert began in No. 1 room, and several songs were prettily rendered, and with appropriate and graceful gestures. This part of the educational curriculum must have a powerful effect in improving the deportment of the children. In No. 2 the infants took to the songs with comical earnestness the forte parts being emphasised on the floor. There are ten assistants and two pupil teachers, and they prove that they do good work. Arriving in the main school we expected something more finished. The first thing that saluted our ears was a cracked Hapsburg. It is a shame to the people of Charters Towers that such a rattle-trap should be their best show for the children. Mrs Power could not knock much music out of the contrivance. Miss Asheu led the children, and they followed her lead with the precision of automata. They sang several selections in really good time. The Angelus from Maritana was particularly well sung. Of course the absence of the bass and other voices detracted from the effect. "Elphin Echoes" was very prettily sung, and had a good effect, each section alternating with the other. The parade of the children at the close, and their departure with a salutation to the head teacher had a pleasing effect. The management of the school reflects great credit on Mrs Power, and we hope she will continue her musical conversaxiones. With a little help from the rich people on the field they might be made very attractive, and Miss McDonald and Miss Naunton would have more imitators in encouraging these concerts. We hope the School Committee, to whom we intend to write, will adopt our suggestion for a picnic for all the State School children and all other schools. We do not expect that they will throw water on the suggestion because it emanates from the Northern Miner. If we all work together we can make the picnic a success. The Government will give a free train to the Burdekin on Separation Day or the Prince of Wales Birthday. The children being under the care of their teachers will be amenable to discipline, and they can have a good outing on the banks of the Burdekin, without any danger of accidents to any one.

The school now known as Charters Towers Central State School opened on its current site, east of High Street and south of Aland Street, on 13 August 1883 as Charters Towers State School for Girls and Infants. As the town and school attendance grew, the school expanded to have new teaching buildings, other structures, and landscape elements. A highset Department of Public Works timber teaching building was added to the east of the original school building in 1900, initially as a separate school for infants. This infants' teaching building, which addresses Aland Street, was later used as a high school, and then as a separate boys school, before the girls', infants' and boys' schools on the site combined as Charters Towers Central State School in 1965. The Charters Towers Central State School has been in continuous operation since its establishment on the current site in 1883 (and from 1875 at a previous site) and has been a focus for the local community as a place for important social and cultural activity. 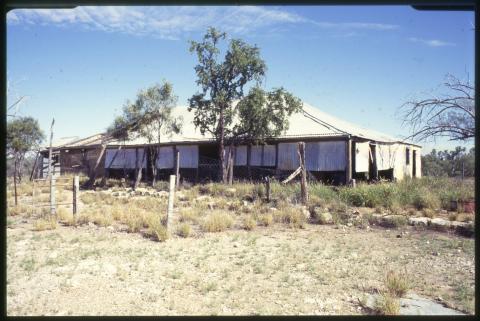 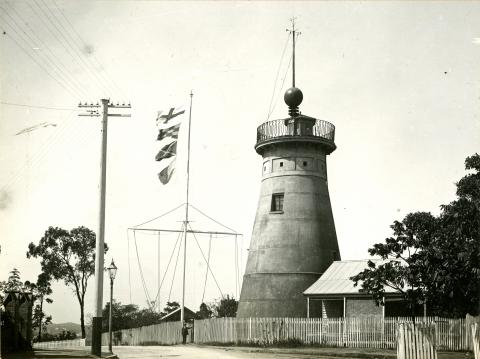