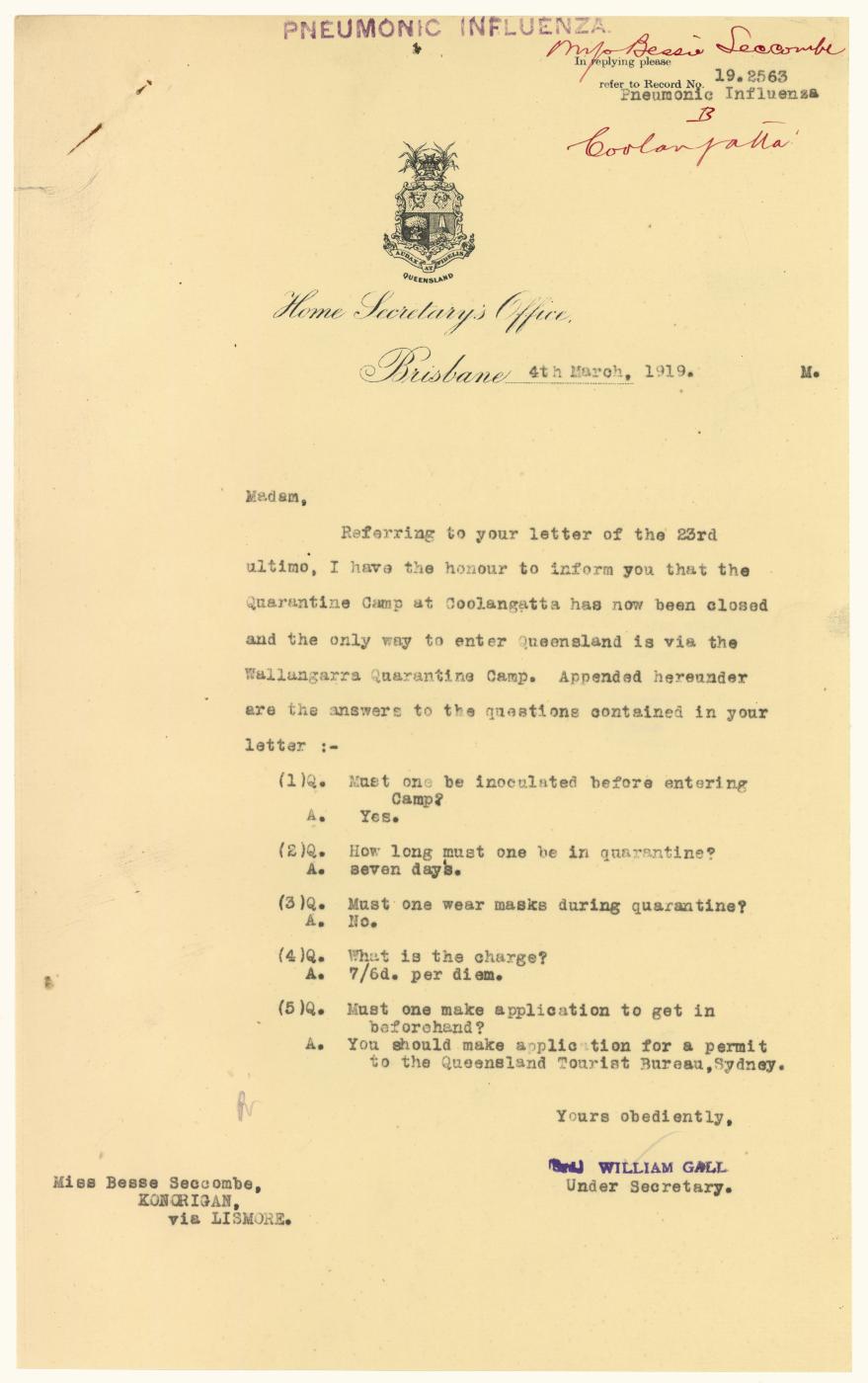 “Seven days without the option!” Never, it is safe to say, did persons convicted of offences against the law display such anxiety to work out their sentences as do the sons and daughters of Queensland, who, not content with the attractions of their native State, left it to seek entertainment and pleasure across the borders.

The opening of the quarantine camp at Wallangarra on Saturday morning was hailed with joy by the 150 Queenslanders who were stranded in Tenterfield, unable to obtain entrance to the quarantine camp established in that town. As the special train drew into Tenterfield station in the early morning, and again as it steamed, after its ten-mile journey, into Wallangarra, the high spirits of the bandsmen and soldiers, restored by the removal of the anxiety and suspense of the past weeks, found vent in ringing concerted shouts of "Are we downhearted? No!" The playing of "Perfect Day" by the cornet soloist, while the folk were engaged in settling into their tents, was a little incident in which something of pathos and humour were intermingled, and the yearning for home which is experienced by almost every one of the stranded Queenslanders, found expression in the strains of "My Old Kentucky Home, Far Away," which followed.

The white tents ranged in their orderly rows on the western side of the station are the most conspicuous features of the Wallangarra landscape. Yellow flags mark the boundary on the railway side. Along the upper end of the gentle slope on which the camp is erected runs a post and rail fence, while from the gum tree behind it the kookaburras and magpies chuckle and chatter gleefully each morning as the sun peeps over the top of the distant mountains. There are no trees in the camp itself, so for shade during the midday hours, the "prisoners" follow the shadows thrown by the roomy tents, there to follow, in leisurely fashion the occupations of reading, smoking, or "yarning," as fancy dictates.

It was a matter of but a few hours before the majority of the tents and the lanes between them were provided with names, ranging from the humorous to the semi-sentimental. "Petticoat-lane" is the appropriate designation of one row of canvas dwellings. "Palm Beach" tents shelter a number of stalwart bushmen, who regard the whole business, as an immense joke. In "Rotten Row" are situated the tent in which the writer finds a temporary home, and also "Mudlarks' Cottage," immediately opposite, the abiding place of three kindred spirits. A trio of bandsmen announce that they "The Three Musketeers," and "Bun-yip Cabin," is but one specimen of a popular style of nomenclature.

As for the inhabitants of the camp, good humour and the spirit of reciprocity are conspicuous features of their daily intercourse. Even when three canvas stretchers in succession collapsed under the weight of "Tiny" — a huge westerner who stands about 6 feet 4in in his socks and turns the scale at 16 stone — his hosts surveyed the wreckage with the utmost equanimity and cheerfully started forth to join the throng which all day and every day besiege the ’store tent' in which a sunburnt Eagle Junction resident dispenses everything from hand-mirrors to shovels.

Badinage and repartee fly to and fro from daylight to dark, and in the dining-marquee three times a day the interchange of witticisms which take place between a certain vivacious old lady and a big genial bushman is an unfailing source of amusement to all within earshot.

After the evening meal, when the moon floods the camp with silver light, rendering the hurricane lamps superfluous, the band, assembling at a central point, discourses sweet melodies which serve to complete and round off the glorious night as it steals quietly down upon the erstwhile lively canvas village.

Voices gradually die away, and in dreamy silence the "seven-days’ prisoners" listen to the bewitching strains which are borne to them upon the cool breeze, until, as the sand man shakes the dust of sleep upon their eyelids, by twos and threes the exiled Queenslanders find their way to slumber-land to return, in dreams, to the homes which have for many long days seemed so desirable, but so very, very distant.

In 1918-1919 a particularly virulent form of influenza spread across the globe, claiming more lives than the preceding four years of the Great War. Almost certainly reaching Australian shores with returning troops, the virus claimed 12,000 lives before running its natural course in late 1919. Spanish Influenza, so-named after King Alfonso of became one of its first notable victims, also severely tested the strength of Australian federal bonds. With no centralised federal health system, control measures largely fell to Commonwealth quarantine authorities who were reliant on the coordinated actions of State Health Ministers. The first major ruction came when delayed notifying that the presence of Spanish Influenza had been confirmed in . Closing the border to its southern neighbour achieved little with the virus by now having spread throughout , but by then it was a case of every State for itself. reacted by closing its own border to notwithstanding that the virus was already well-established. Ignoring Commonwealth entreaties to re-open the border, quarantine camps were established at Coolangatta and Wallangarra, where interstate visitors and residents caught unexpectedly in the south were forced to spend seven days at their own expense before being permitted to enter the State. Business transactions between Coolangatta and Tweed Heads were conducted via an improvised flying fox to avoid contact between infected persons on either side of the border. Like their southern counterparts, health authorities instituted an inoculation program though the results were not particularly successful. Special masks, on the other hand, became a fashion item and at various times schools, churches, hotels, theatres and other places of indoor entertainment were closed, while many outdoor sporting venues continued to operate until all restrictions were lifted as Spanish Influenza began to wane. Absurd reactions and the inability of State Governments to act in concert during the crisis were compelling reasons for the Commonwealth government to establish its own Department of Health in 1921. 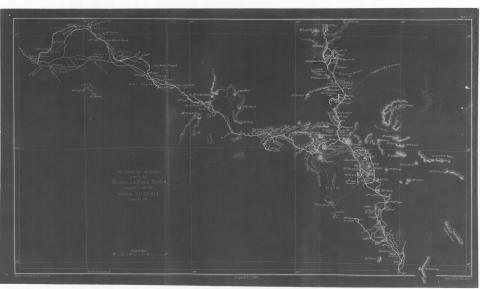 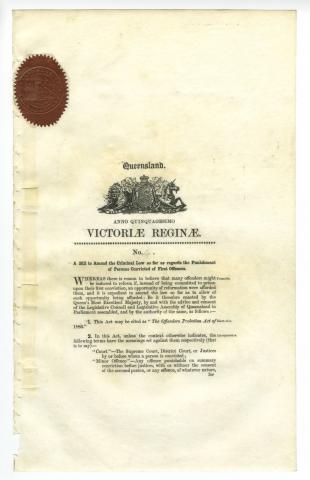