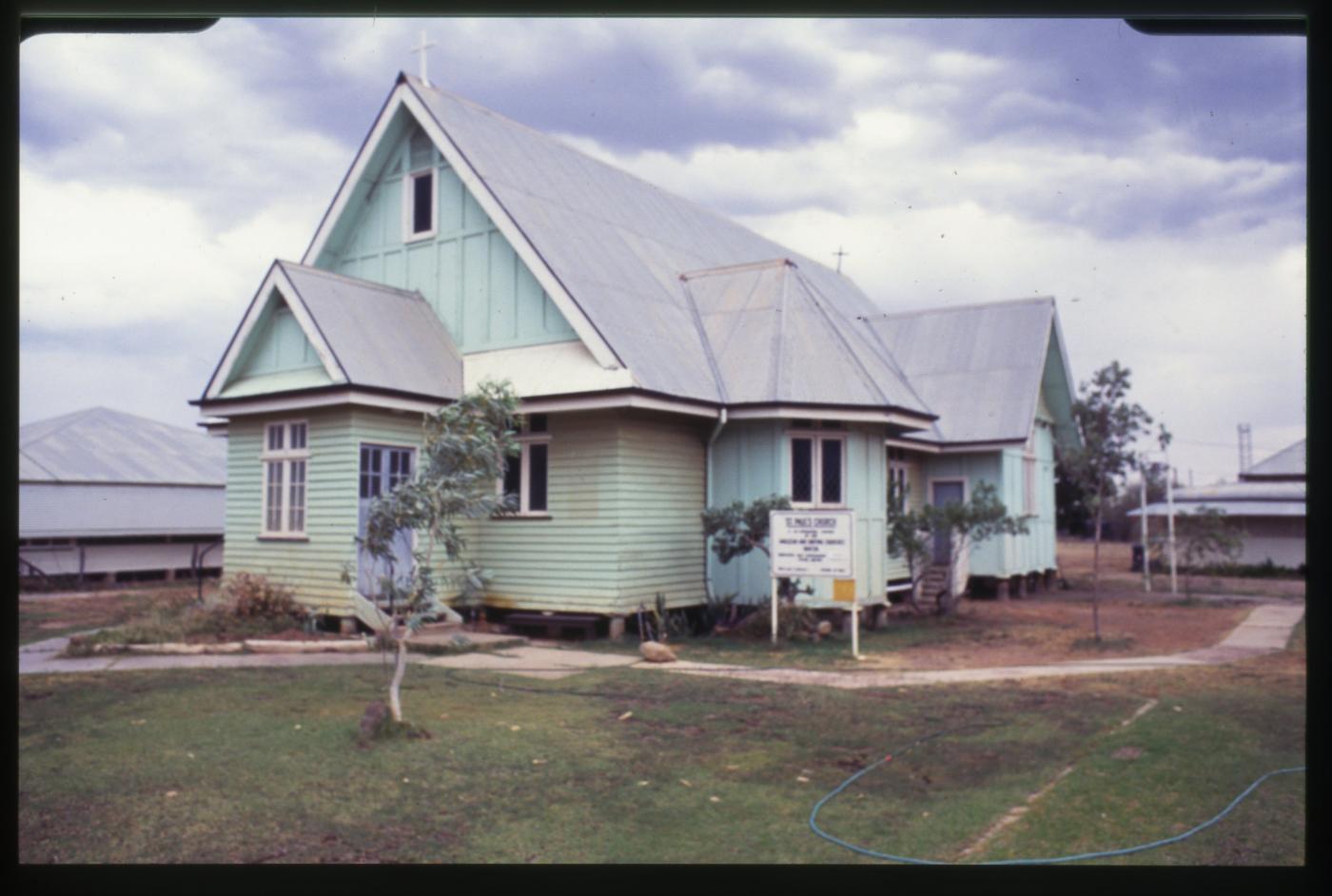 St. Paul's Church of England was totally destroyed by fire at 5 o'clock last evenlng. Before the brigade arrived it was evident that the church was doomed, and the firemen's efforts were concentrated on saving the adjacent buildings. Owing to the good supply of water and the strenuous work of the brigade they were successful. The contents of the church were all lost, including a valuable organ, vestments, and altar fittings built entirely of cedar. The church, which was a substantially built and pretty structure, was opened in 1809, and was the most artistic in the West. The building and contents were insured for £900, which was about half their value. Part of the residence of Mr. Fred Kitchingman, east of the church, was badly scorched, as well as the Church Institute, on the western side. Mr. Kitchingman was a big loser by the historical fire in 1924.

The dedicated volunteers of the Winton and District Historical Society have taken some giant strides forward in their fire recovery process with several objects receiving advanced conservation treatment.  These objects were selected for treatment due to the extent of the damage received and their significance.  Most of the items had formed part of the recently installed WWI display.

Two candle sticks and a brass cross, both from St. Paul’s Anglican Church in Winton, had received extensive damage as a result of the fire.  The cross, originally mounted on a wooden backing, commemorated the sacrifice of Rev. Hulton-Sams, who had served as minister at St. Paul’s Church before enlisting in WWI.  Hulton-Sams was killed in July 1915 at Hooge while bringing water to the wounded.  The fire had completely destroyed the wooden mounting and the intense heat had buckled and discoloured the surface of the brass.   The cross was sent to metals conservator Peter Maxwell, who used specialist techniques to safely straighten the cross and remove the charring to the surface.  A new wooden mount was made, and the result is impressive to say the least. 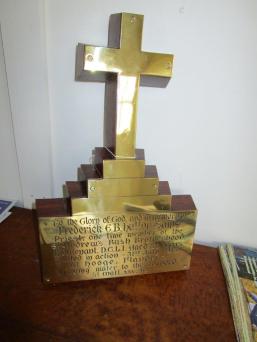 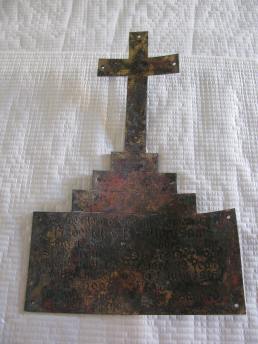 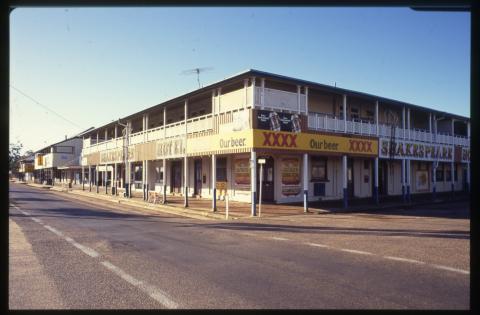