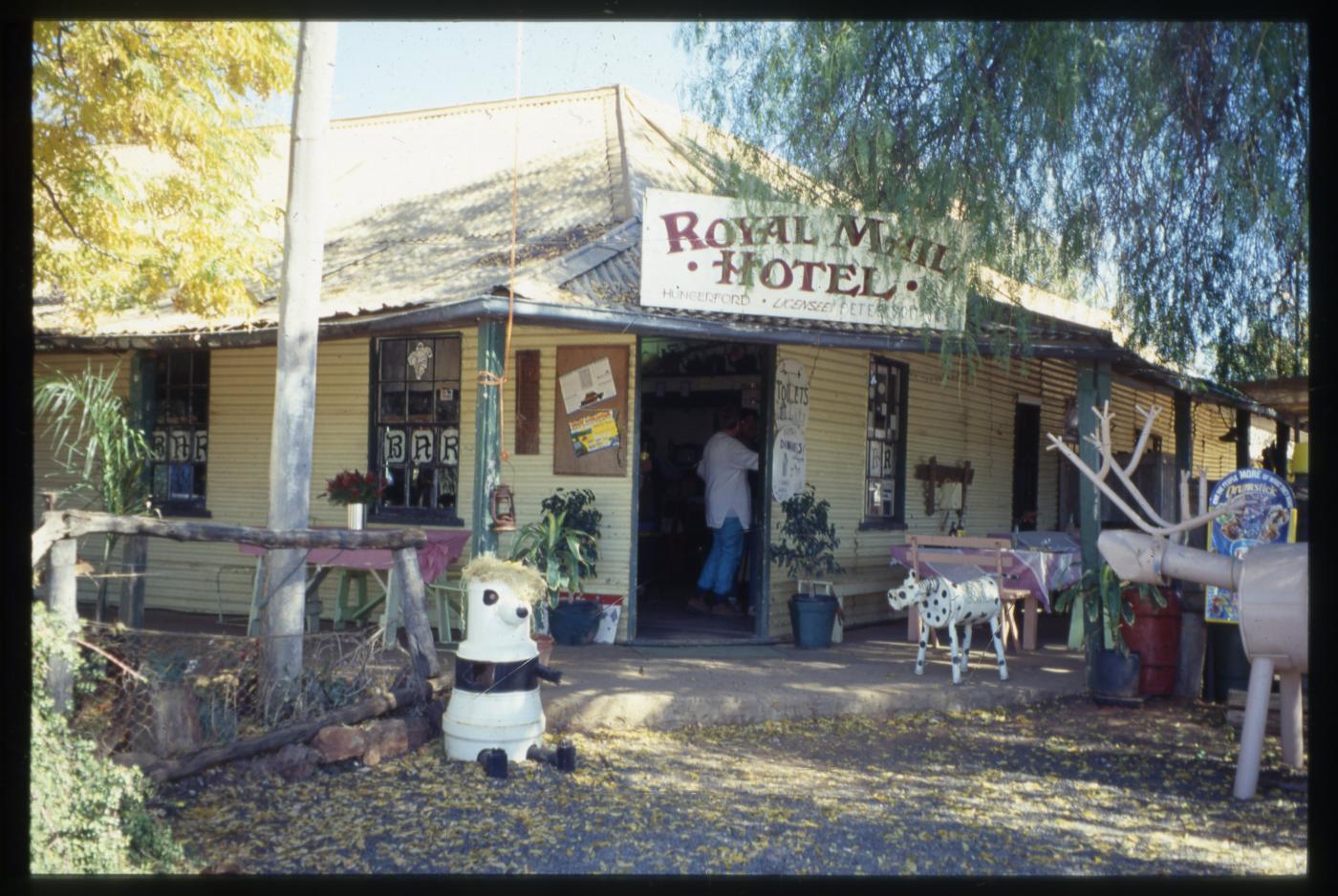 The first license for the Royal Mail Hotel was issued to John George Cooke on 6 November 1874. He was also the postmaster following an earlier attempt to set up a service based on a property at 'Hoodsville', a few miles away. The name of the hotel is particularly apt as several publicans served in this capacity over the years, besides supporting a later Cobb & Co mail and passenger service. The first post office was established at 'Hungerford's' on 1 January 1876. The mail delivery contract was won by Michael McAuliffe who travelled between Bourke, Hoodsville and Hungerford's via Ford's Bridge, Yantabulla and Brindingabba, a distance of 150 miles on horseback, once a week. Responsibility for the delivery and processing of mail moved from one colony to the other for many years because the exact position of Hungerford in relationship to the border was uncertain.

The border between New South Wales and Queensland was not officially surveyed until 1879-1880. When the Royal Mail was built, it was thought to be in New South Wales and licence fees were paid in that colony from 1874 to 1879. The survey revealed that the land was part of Queensland and from 1880 the hotel licence has been issued in this state. The town survey shows the hotel with yards and outbuildings close to the 'Wilcannia Track'. Near the hotel was a blacksmith, stock yards and 'gardens' presumably for vegetables. Isaac Foster, who had acquired the hotel from Cooke in 1876, formalised his ownership by purchase of the hotel allotment and an adjoining lot in September 1880.

Over December and January of 1892-3 Henry Lawson and a friend walked from Bourke to Hungerford and back. In spite of writing about the bush he had little real experience and is thought to have been goaded into the trip by public comments to that effect made by Banjo Paterson. He found the country harsh and did not care for Hungerford from which he wrote a despairing letter to his aunt saying that he was finished with the bush. Even so, this trip proved the inspiration for a number of his early stories and poems so that Hungerford may be said to have contributed to the Legend of the Bush developed in the late 19th century by such writers as Lawson.