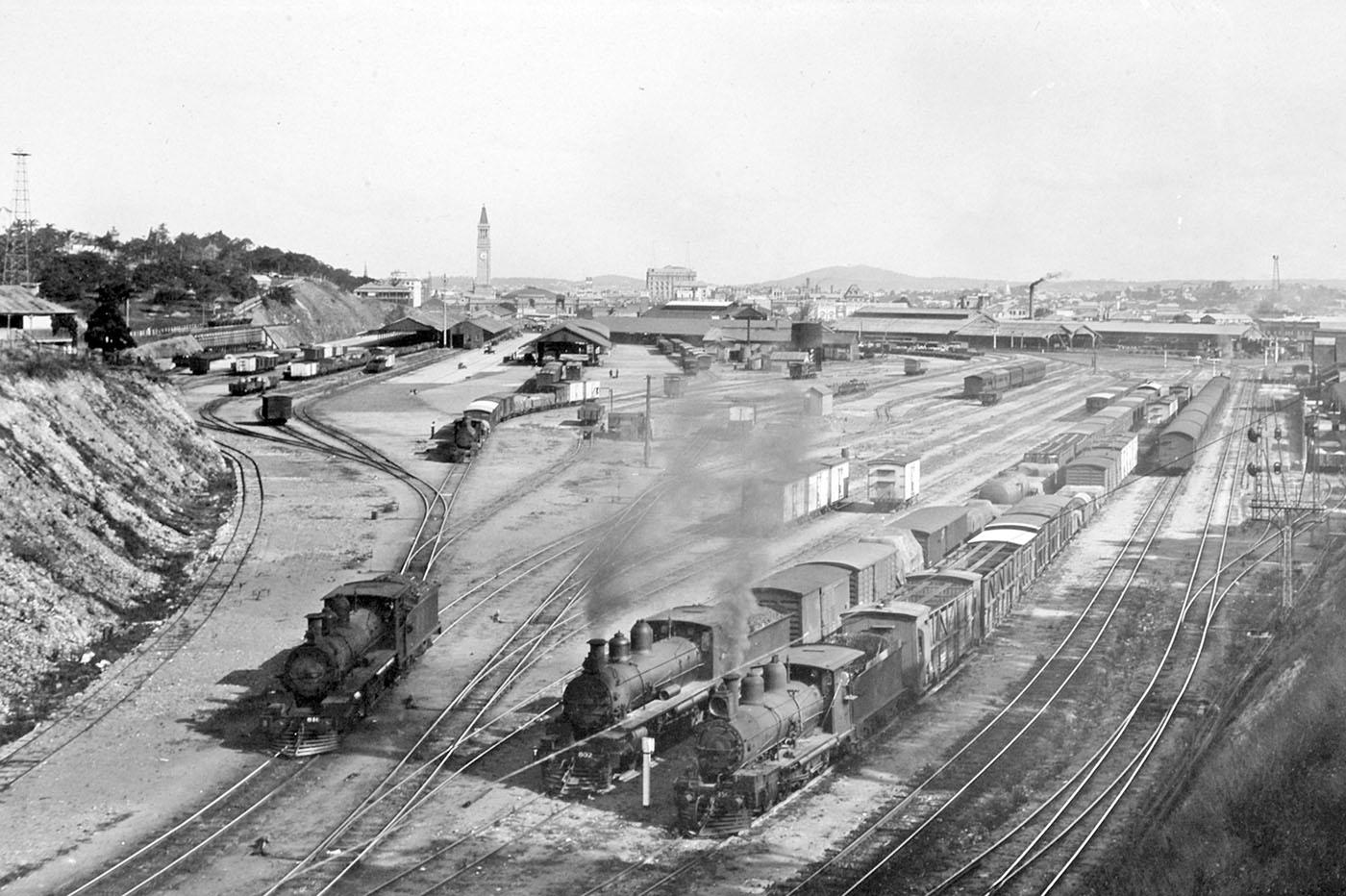 Next in importance to the projected grand trunk railway from Brisbane to Camooweal, is the projected improvement of the Roma street railway station yards. The latter will be the compliment of the former, and must be carried out in view of accommodation to be provided to meet the large service of this great railroad. In passing, it may be pointed out that bringing the South Coast railway into the city contributes to the urgent necessity for improvements at the Roma street station centre. The South Coast railway should enter the city by way of Turbot street, having a station at the junction of Roma and Albert street, for passengers. Goods trains should shunt back into Roma street yards, and passenger trains should proceed to the central station. This enlarged business will call for premises much larger than anyone at present may have imagined. If we inquire, we may learn that not a single capital city in Australia started with its central station for traffic or goods on a sufficiently large scale. The history of Sydney railway affairs is quite amusing. Its first railway station for passengers, a sort of Norfolk barn, was deemed to be large enough for all ages. Hardly was it finished before even railway authorities realised its utter insufficiency for immediate purposes. Then was erected a station large enough to astonish the natives. It was not completed before it was found necessary to control about one-half of the passenger traffic from outside platforms. Then came another enlargement, and finally came the present very fine railway station which, fine as it is, is quite inadequate for the business done. When the Eveleigh Estate was bought for railway workshops, there were folk who said that the Government was insane. The Eveleigh workshops now are insufficient for the work to be done. In part the mischiefs of short accommodation arise on centralisation. One-half of the traffic in the Redfern station should be distributed through the city. Still, in that case, there is the additional accommodation somehow to be provided.

The history of Roma street might be told in similar words. It is a concentration of passenger traffic, goods traffic, cleaning sheds, and part of repairing sheds. There is no necessity arising on these departments themselves for their being all at one place. For instance, the cleaning sheds might be anywhere. They might be at Breakfast Creek, where is plenty of land, very cheap, and absolutely convenient for the purpose. Goods sheds must be central, and they must he handy to main thoroughfares. The area available at Roma street for goods traffic is very considerable. The question is a right disposition of it. The man at the street corner may happen to know very much more than railway experts know as to what should be done, and peradventure, we should not despise his opinion. But if there is a man who knows more than the late Railway Commissioner knew, he should now speak, or for ever hold his peace. The late Commissioner for Railways always exactly knew what he wanted. His difficulty was to get it. One thing is absolutely certain. Railway authorities must provide adequate room for required improvements. Making the most of a little space is quite possible, and all very well in its way. But as everybody knows, goods traffic, as a first condition, requires ample space. The authorities therefore, have first of all to consider to what extent areas of ground at Roma Street may be availed of for goods traffic. They might do a worse thing than that of projecting a plan, if not competitive plans, showing the best means of utilising the land available within what may be termed the Roma Street area. As time goes on, every inch of the ground will be required for goods traffic or for work immediately connected therewith. But some of the work now done within the Roma street area, very well might be done elsewhere, and now is the time for considering what additional space to that end may be required. The Central station, imposing as it is, is wholly insufficient for present traffic service. Originally it was not well enough designed. In all weathers, long distance passengers have to load and unload in the open, and the space allotted is wholly insufficient, and the work has to be done under conditions which threaten insanity to officers in charge and passengers alike. If muddle and inconvenience reign in these days, what may happen when goods traffic is doubled, and when passenger traffic is doubled, as assuredly will be the case within a comparatively short period of time? It is very easy to grumble; and on the slightest inconvenience persons travelling by the railway, or doing business thereon, lustily call out, as if suffering from a gross injustice. Making these improvements will call for the outlay of very large sums of money. The outlay must be on truly economic lines. The railroad service must pay. Those who use this service must pay for it. They have no right to levy a tax on the community for their convenience. They are first robbers. They must levy the charge on the commodities which they sell to the consumer. Finally, the burden always falls on him, but it equitably falls on him. It is an equitable distribution; he pays for only just what he receives. Let it therefore be understood that the improvements demanded are for the benefit of those who use the railways, and that through them the charge for the outlay must come back on those who ultimately enjoy the benefit, but now is the moment for making a good forecast. 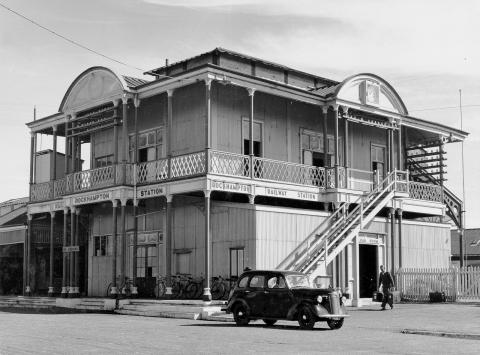 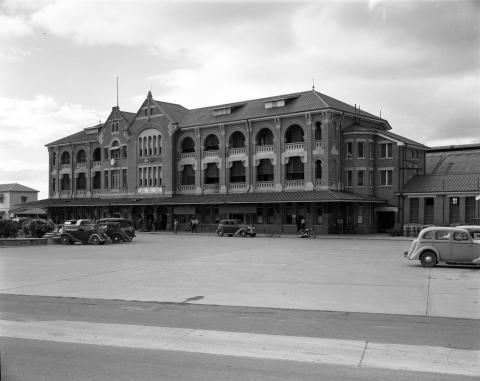