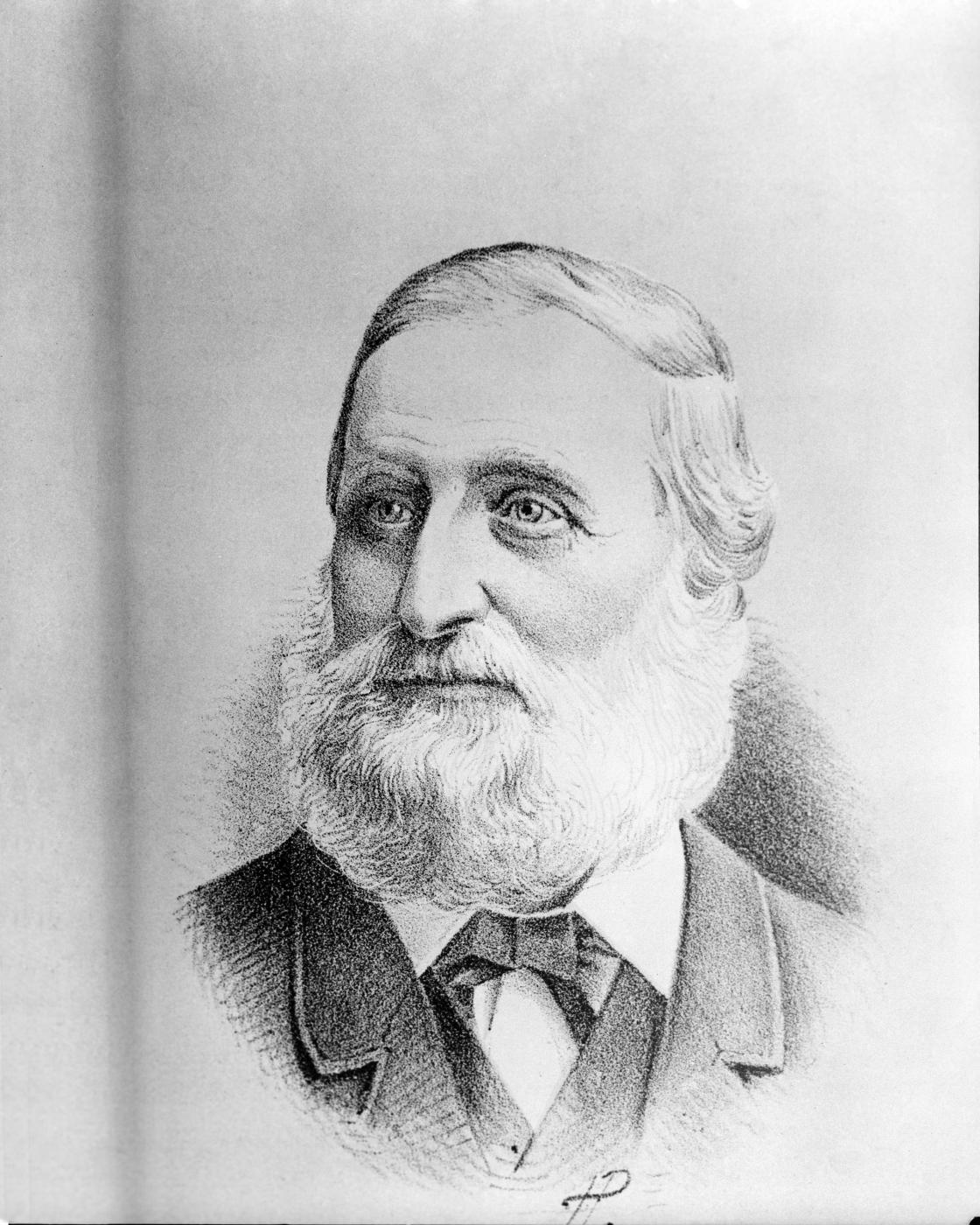 The death is announced of the Hon. William Pettigrew, late member of the Legislative Council of Queensland, and founder of Pettigrew's sawmills, as having occurred on Sunday last, 28th October, at the residence of his daughter, Mrs. H. W. Davis, Bank of New South Wales, at Bowen. The deceased had been suffering from pneumonia, and passed peacefully away, at the age of 81 years.

The late Mr. William Pettigrew was a native of Burton, near Ayr, Scotland. He was born in 1825, and was educated in the parish school at Tarbolten, and at the Ayr Academy. He arrived in Brisbane in 1843 by the ship Fortitude. Mr. Pettigrew was elected to a seat in the Brisbane Municipal Council in 1862, and held it till 1866. He was again elected in 1869, and was an alderman, with one other short interval, until the beginning of 1885, when he resigned his seat for the East ward, because of what he regarded as the gross injustice done to that ward. He was Mayor of Brisbane during 1870-71. He was called to the Legislative Council on 18th May 1877, and resigned his seat in June 1894. He was one of the first members of the Caboolture Divisional Board, on which he served three years. Mr Pettigrew, who was, as already indicated, a timber merchant in a very large way, had constantly, in and out of Parliament and in the Press, urged the necessity of conserving the timbers of the colony.

It may be said that the immigrants of the Fortitude, of whom Mr. Pettigrew was not the least energetic, were pioneers among those who gave Brisbane a start from a small village to its present dimensions. Sir Pettigrew was the first sawmiller in what is now Queensland. His first mill was burned down some years ago, and the proprietor was utterly ruined ; but he found good friend in the city, who provided him with the means of starling a new mill, which was at work in a fortnight after the destruction of the first one. His second mill also was destroyed by fire. The flood of 1893 also did very considerable damage to Mr. Pettigrew's mill. Like many others in the city, the hard times of the later "nineties" affected Mr Pettigrew's business so seriously that he retired into private life. For some years past he has lived quietly with his married daughter at Bowen, and it was in her home that he passed out of life. The deceased gentleman was a stanch Presbyterian, and was one of the earliest members of the Wickham Terrace Presbyterian Church.

William Pettigrew (1825-1906), sawmiller, politician and diarist, was born on 25 August 1825 at Burton Farm, near Ayr, Scotland, second child and eldest son of Robert Pettigrew, a prosperous farmer and businessman, and his second wife Mary, née McWhinnie. William was educated at the parish school at Tarbolton. After his father's death and the family's move to Newton-upon-Ayr, he attended Ayr Academy in 1836-41.

Pettigrew worked first as a farmer, then trained as a surveyor. Unemployed in the recession of 1847-48, he migrated to Australia in the Fortitude as agent for Rev. J. D. Lang, reaching Moreton Bay in January 1849. Disappointed in Lang's promises of work as a surveyor, Pettigrew was employed for the next three years by Stephen Simpson, to farm at Woogaroo. With Simpson he defined the boundaries of the sheep runs of the Moreton Bay District, and also assisted James Warner with surveys at Moggill, Ipswich, Yeerongpilly, Mount Gravatt and Cleveland.

In 1853 Pettigrew established Brisbane's first steam sawmill in William Street on the riverbank and operated it until 1900, rebuilding after fires in 1855 and 1874. During the 1850s he supported moves to end convict transportation, encourage free immigration, achieve separation from New South Wales and establish Brisbane as a municipality. From 1862 to 1865, while looking for timber, he explored and mapped the coast north of Moreton Bay and began to acquire lands and forests and a fleet of steam and sailing ships. In partnership with the Sim family, he operated Dundathu sawmill on the Mary River and the Union (Urara) sawmill at Maryborough. On 18 February 1859 in Brisbane he married with Congregational forms Amelia Davis, née Boughay, a London-born widow with three children. They had two daughters and a son.

To draw timber from the forests at Tin Can Bay, in 1873 Pettigrew and Sim constructed the Cooloola railway, probably the colony's earliest privately owned line, and commissioned John Walker & Co. of Maryborough to build the first steam locomotive in Queensland, the Mary Ann. An inventive, self-taught engineer and architect, Pettigrew designed machines, ships and bridges as well as railways and sawmills. He served as an alderman on the Brisbane Municipal Council in 1863-66, 1868-73 and 1878-85, as mayor in 1870-71, and in 1880-83 also as a member of the first Caboolture Divisional Board (chairman, 1881). Appointed to the Legislative Council in 1877, he was a liberal and in parliament promoted railways and improved sanitation, and advocated forest conservancy. He resigned in 1894.

Pettigrew was a member of the North Brisbane School of Arts, the National (Agricultural and Industrial) Association and the Philosophical Society (Royal Society from 1883) of Queensland, and a founder of the Caledonian Association. A justice of the peace from 1864, he served as a magistrate, a member of boards of health and a trustee of the Paddington and Toowong cemeteries. He helped to establish an insurance company and was involved in the building society movement. Devoutly religious, Pettigrew was an elder and trustee in Presbyterian congregations and helped to establish a theological college, Divinity Hall, and the Queensland Evangelical Standard newspaper. In 1891 he built his sixth sawmill, at Maroochydore; but in 1893 his businesses were hit by flood, fire and economic depression, and he was bankrupted in 1898.

A short, wiry, energetic man, with blue eyes, sharp features, light brown hair and a bushy beard, Pettigrew was a visionary and an individualist, noted for a determination that sometimes bordered on stubbornness. Five of his lectures were published in the Transactions of the Philosophical Society of Queensland, and 'The Habitat and Peculiarities of Some of Our Timbers' (1878) was also issued as a booklet. Predeceased by his wife in 1893, he died on 28 October 1906 at Bowen and was buried in the local cemetery. His three children and one stepdaughter survived him. Pettigrew's diaries and papers have provided useful primary material on the history of colonial Queensland. 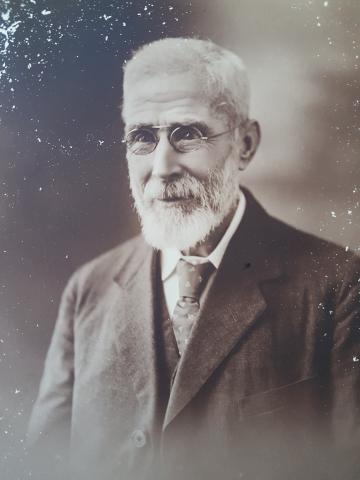 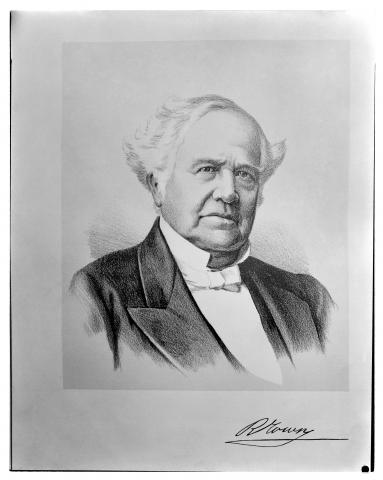