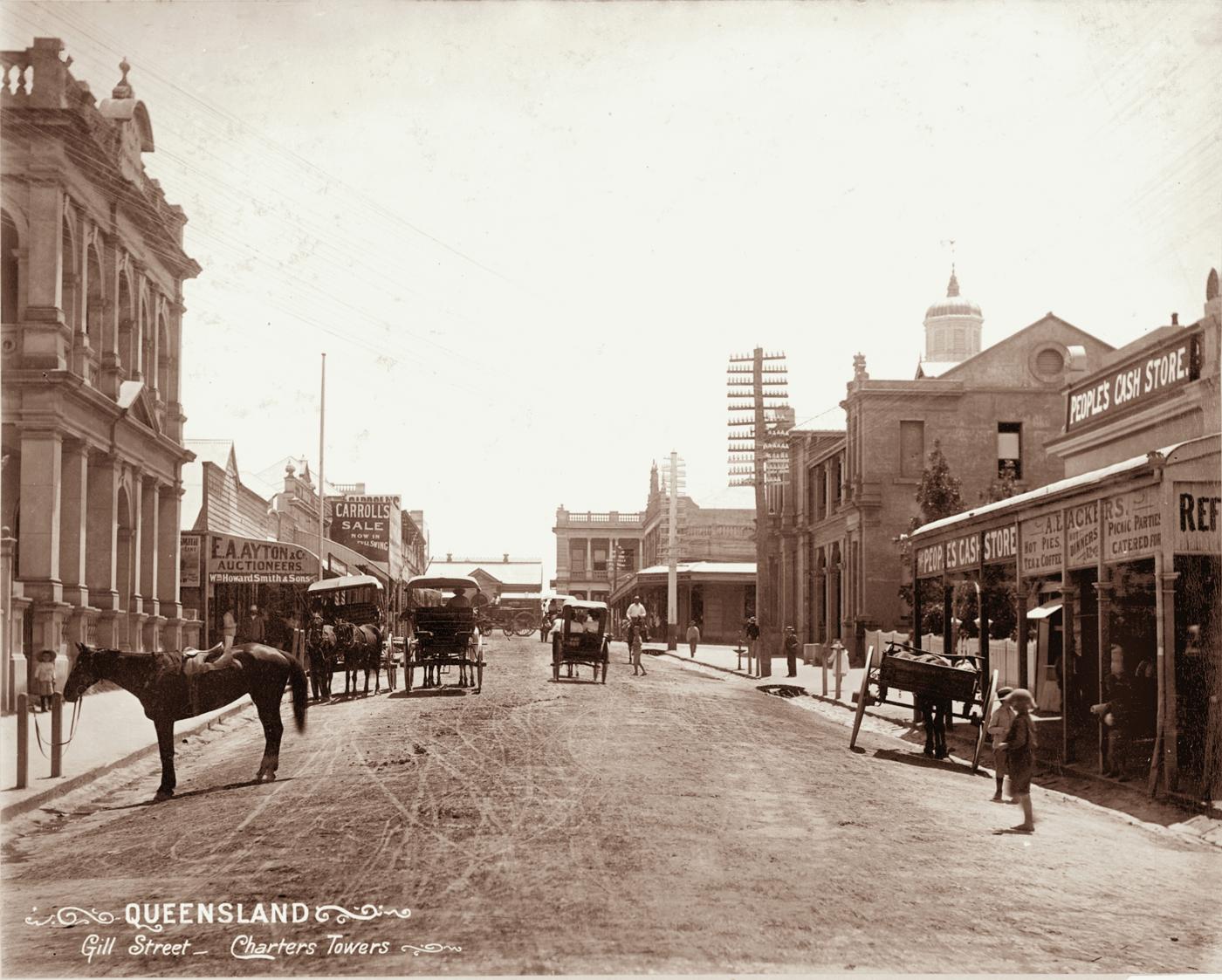 The Charters Towers Minder of December 13, contains the following account of the disastrous magazine explosion, telegrams concerning which have already appeared in our columns :-

About 12.30 this morning the people of Charters Towers who happened to be awake were alarmed by a vivid illumination which was followed by an appalling explosion, which shook every house within a radius of two miles. Sleepers quickly started from their beds, and for a moment there were hurried ejaculations of

"Is it an earthquake?"

Doubts were soon dispelled, for in the moonlight a pillar of smoke and dust over 100 feet high could be seen in the vicinity of Mill's United.

DAMAGE ABOUT THE TOWN

It is generally conceded that the greatest sufferer in town is Mr John Malone, of the Commercial Hotel. His bar shelves were stripped, doors blown open, and windows demolished, and it is stated his glassware and crockeryware is all destroyed. A representative of the MINER visited the place, and the wreckage is indescribable. The windows throughout the hotel were smashed into millions of pieces, and all the articles of furniture were shifted. Mr Malone himself was sleeping in a room closest to the magazine, and he was awakened by a chest of drawers being driven with force onto him. From the rear part of the hotel to the site of the magazine is exactly 100 yards.

The explosion took place exactly at twenty-one minutes to 1 o'clock, because the clock in the bar of the White Horse Hotel was stopped at that identical time. A small idea of its force may be gauged from the fact that some debris was showered on to a house in Towers-street, at least a quarter of a mile away, and the manager of the People's Cash Store in Gill-street says a billet of firewood was found on the footpath in front of his shop, which is 250 yards at least from the magazine.

A peculiar incident is that, thought one side of Mr Daking Smith's residence in Deane-street was bulged out, that gentleman only lost three windows, and another peculiarity is that all the taps on these premises were started running. A walk up either Gill or Mosman street showed that the footpaths were thickly strewn with broken glass, and hardly a building within quarter of a mile of the magazine escaped, which is rather a formidable fact for the Plate Glass Insurance Companies to contemplate.

"Charters Towers, the town they call ‘The World' was born to the sound of thunder and flashes of lightning.

Hugh Mosman, George Clarke, John Fraser and horseboy Jupiter had been prospecting away to the south of what is now Charters Towers when their horses scattered during a fierce thunderstorm. It was while searching for the horses next morning that the first Towers gold was discovered. The discovery point was just near the modern day intersection of Mosman Street, Rainbow Road and Black Jack Road and was at the end of the year 1871 or the very beginning of 1872.

The party returned to Ravenswood to register their find which they named Charters Towers."

But why the name?

Charters: for W.S.E.M. Charters, the Gold Commissioner - the big man from the Cape (Charters was said to be about 6'6" tall and weighed some 20 stone).

Towers: because of the conical shaped hills in the vicinity of the discovery! 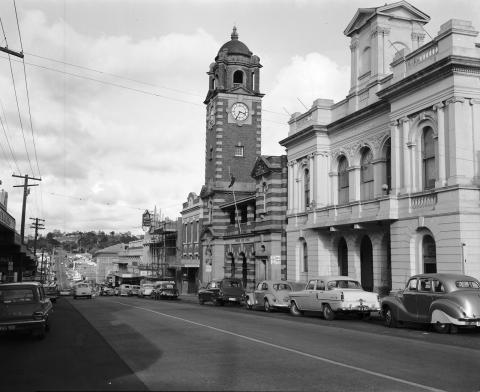 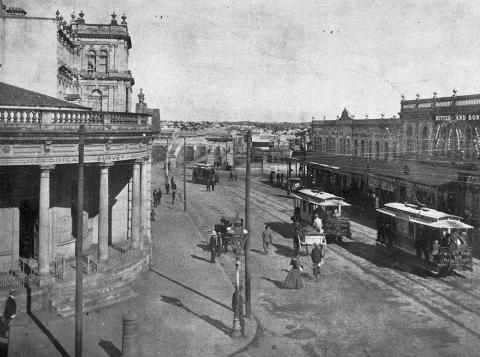