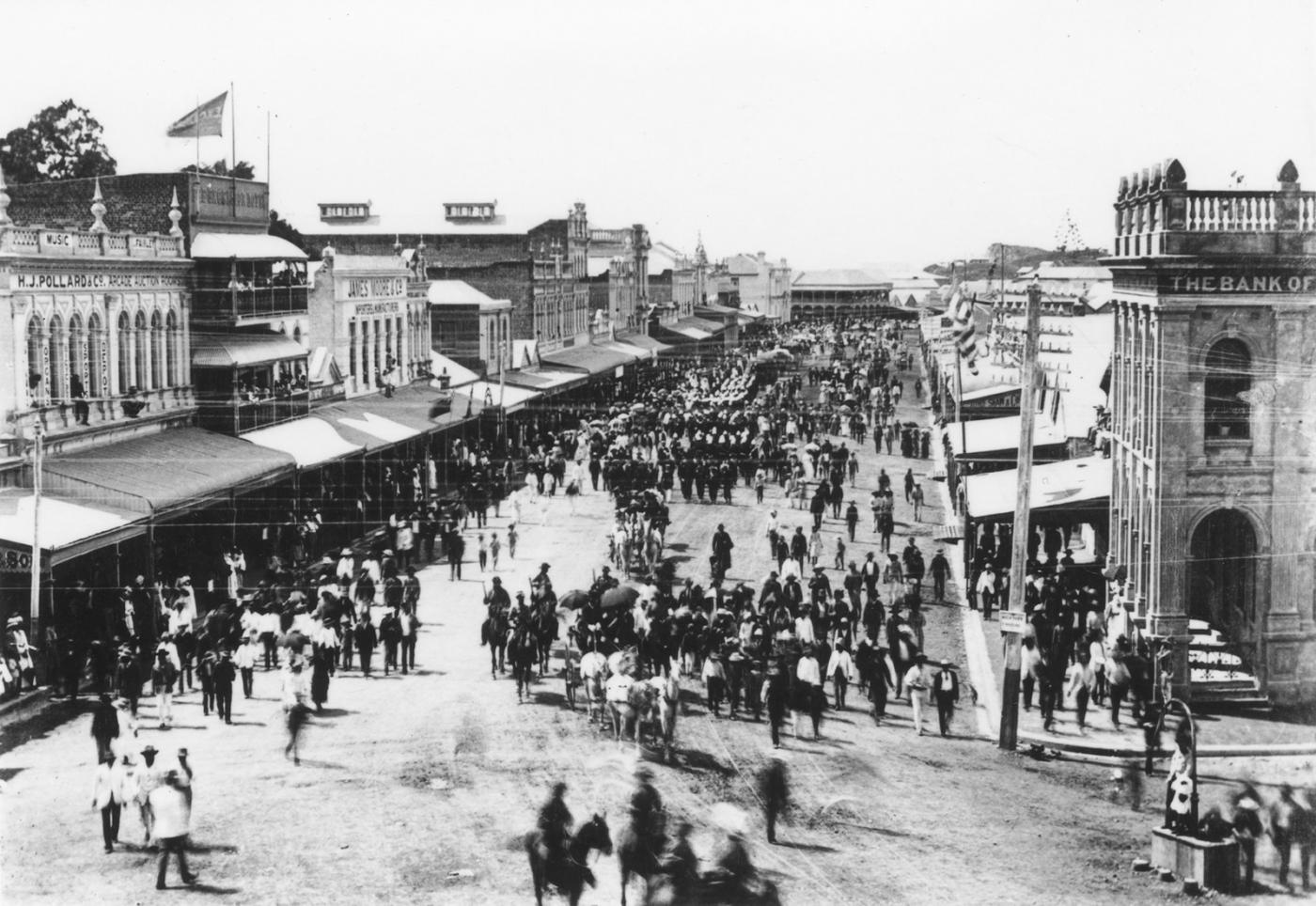 Sir, - This letter is written to you in a calm and philosophic spirit to warn the Cairns people against being at all surprised at any proposal emanating from Townsville. The suggestion to move the railway staff will probably be followed by a recommendation that the whole Cairns district be transferred to the banks of Ross Creek, so that the people who have been living in serene happiness in the salubrious atmosphere of Trinity Bay may be brought suddenly into the deadly miasma and slaughter-house perfumes of Ross Island and the surrounding mudflats, and so perish miserably from the face of the earth, and Townsville's most formidable competitor be thus peaceably annihilated without even an intelligent coroner's inquest to inform the sorrow-stricken universe that we "died by the visitation of God, accelerated by a compulsory visit to Ross Creek."

For abysmal and unfathomable depths of chuckle-headed impudence, Townsville stands alone. She is the William Bench in the aquatic contest of unblushing ass-eared assurance. She resembles that Tartar Khan, who, so soon as he had finished his dinner of raw beef and mare's milk, caused a herald to announce that all the princes and potentates of the earth had now his permission to go and dine!

Townsville is the leather-winged and leather-headed vampire of the North. With the outstretched wings of her daily newspapers she fondly hopes to soothe the North into a temporary slumber while she successfully establishes her own nefarious schemes, by which the Northern life-blood will feed and nourish into abnormal fatness that Cleveland Bay insatiable maw, which, like a hungry crocodile, or the daughter of a horse leech, or any other animal with a bottomless binjie, cries - "give! give!" and is never satisfied. She crouches like a foul smelling malignant hyena between the Bowen, Cairns and Cooktown lions, plotting how she can steal the whole carcass which is to feed these noble animals. She cares not how they starve if she can aggravate her own political dyspepsia by the excessive gorging which intensifies the evil it was intended to alleviate.

[...] Townsville enjoys, and justly enjoys, the notoriety of being the most unhealthy town on the Queensland coast. In Flinders-street there are said to be two hundred distinct smells, though no stranger has stayed there long enough to count them all, and the inhabitants by force of habit cannot distinguish the difference between Rondeletia and a four-year-old-egg.

[...] A little clique of flap-eared Flinders-street narrow-minded noodles, with not an idea outside of their own pockets and their own shops, coolly requesting a Cabinet Minister to perform an act of gross and unwarrantable selfish, partiality; to sow the seeds of bitter dissension between Northern communities who ought to exist, conscious only of common laws and common advantages, and to build up Townsville by all ways and means, even if on the disaster and ruin of all her neighbours!

[...] Townsville's Flinders Street East was the bustling major gateway to Australia on the eastern coast. Wharves lined Ross Creek up to Victoria Bridge, the dusty street was well trodden by horse and bullock teams loading and unloading at the mercantile businesses; new buildings were going up everywhere. For many foreign visitors, this was their first glimpse of Australia.

In 1888, three prominent buildings along Flinders Street East were opened. Local historian Dr Dorothy Gibson-Wilde says the double storey, coral coloured Magnetic House was the most prominent of that year, originally built for the AMP society by Sir John Sulman. "He is one of Australia's most famous architects and is well known for his work in Sydney around the university," she explains. "To have him design a building at what was then a small coastal port, was a great indicator as to how a lot of people felt about the future of north Queensland."

Along with the AMP society, Flinders Street East was home to several banks. The Australian Joint Stock Bank opened in 1888 and was designed by the architect F.D.G. Stanley.

However the street was most populated by agents for the great shipping companies. Burns Philp, Aplin Brown and Co and Samuel Allens and Sons were among the biggest. But Dorothy remembers one particular company, Carter and Co, that was where the Queensland Insurance Building is today next to the Museum of Tropical Queensland. "It was known as the concrete wharf," she says, "and even in my childhood I can remember sugar lighters unloading at that wharf."

Aplin Brown and Co, which was originally called Clifton and Aplin, built a new premises in 1888 at the corner of Flinders Street and Denham St. The building still stands today opposite the former Post Office. Dorothy says there is some doubt over who designed the building, but it was built by Rooney's in classic 19th century style.

"One of the interesting things about it that many people don't realise is that we had a northern Bank. The bank of North Queensland was founded in Townsville, and the first premises of that bank were in that building."

The bank fell on hard times after the 1893 depression and was eventually taken over, but Dorothy says it was well supported locally. "In fact the manager's residence is still on Melton Hill, it's called The Rocks, because it was built as the managerial residence for that bank." 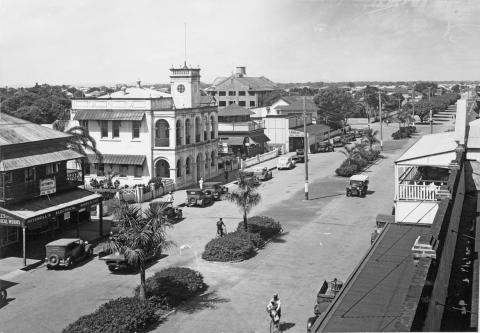