Edmund James Banfield died on Dunk Island on June 5, 1923. His wife, the only other inhabitant of the island, signalled to a passing steamer three days later, and the people of Australia were informed of the tragic ending of an idyll which had produced for their delight three remarkable books. Banfield, a journalist, who had been accustomed to see his work die like cookery on the day of its birth, awoke one morning to a realisation of fame. "The Confessions of a Beachcomber" reached the heart of the world of letters. English and American reviewers, to say nothing of those of Australia (and Banfield was a prophet honoured in his own country) had found truth, beauty, poetry, philosophy, and romance in his work. The "confessions" were followed by "My Tropic Isle" and "Tropic Days" - books marked by a quiet enthusiasm and eloquent with love of natural beauty. Banfield, a native of Lancashire, was employed on the Townsville "Daily Bulletin" for 15 years. Then, in 1897, jaded with the stress of newspaper work, he resolved to seek relief by living close to nature. He and his wife retired to Dunk Island, and remained there (with the exception of a period in Townsville, to take the place of a journalist who was abroad, and three months spent in visiting relations in New South Wales and Victoria) until death claimed Banfield two and a half years ago.

With his father, Jabez Banfield, having founded two regional newspapers in , it was not surprising that English-born Edmund Banfield chose to pursue a career in journalism. After working in Melbourne and Sydney he arrived in Townsville in 1882, where he became reporter and sub-editor on the Townsville Daily Bulletin. Two years later Banfield returned briefly to for the treatment of an eye injury sustained during childhood. The eye was removed, but before he returned Banfield met Bertha Golding, who he married in Townsville in 1886. Ten years later Banfield’s heavy workload resulted in nervous exhaustion - a condition greatly exacerbated after he was diagnosed as being tubercular. Believing his life was soon to end, Banfield and his wife successfully applied for a lease on , near Tully in , where they hoped to spend the remainder of their lives as simply and serenely as possible. They achieved that objective, and contrary to all medical expectations Edmund Banfield lived until 1923. Unable to become totally self-sufficient, however, Banfield began writing newspaper and journal articles largely based on his natural history observations and personal philosophy. The reception they received encouraged Banfield to produce larger works on the same themes, Confessions of a Beachcomber (1908) being the most enduring. Perhaps unintentionally, Banfield emerged as a social and environmental philosopher in the mould of Thoreau, an individual who marched to his own beat while in close communion with nature. By so doing, he placed himself firmly in the vanguard of ’s, and indeed ’s, 20th century conservation movement. 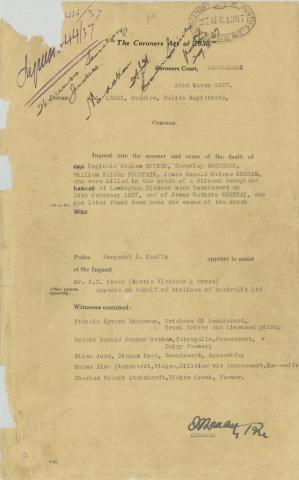 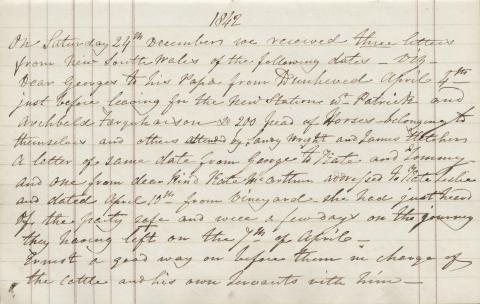