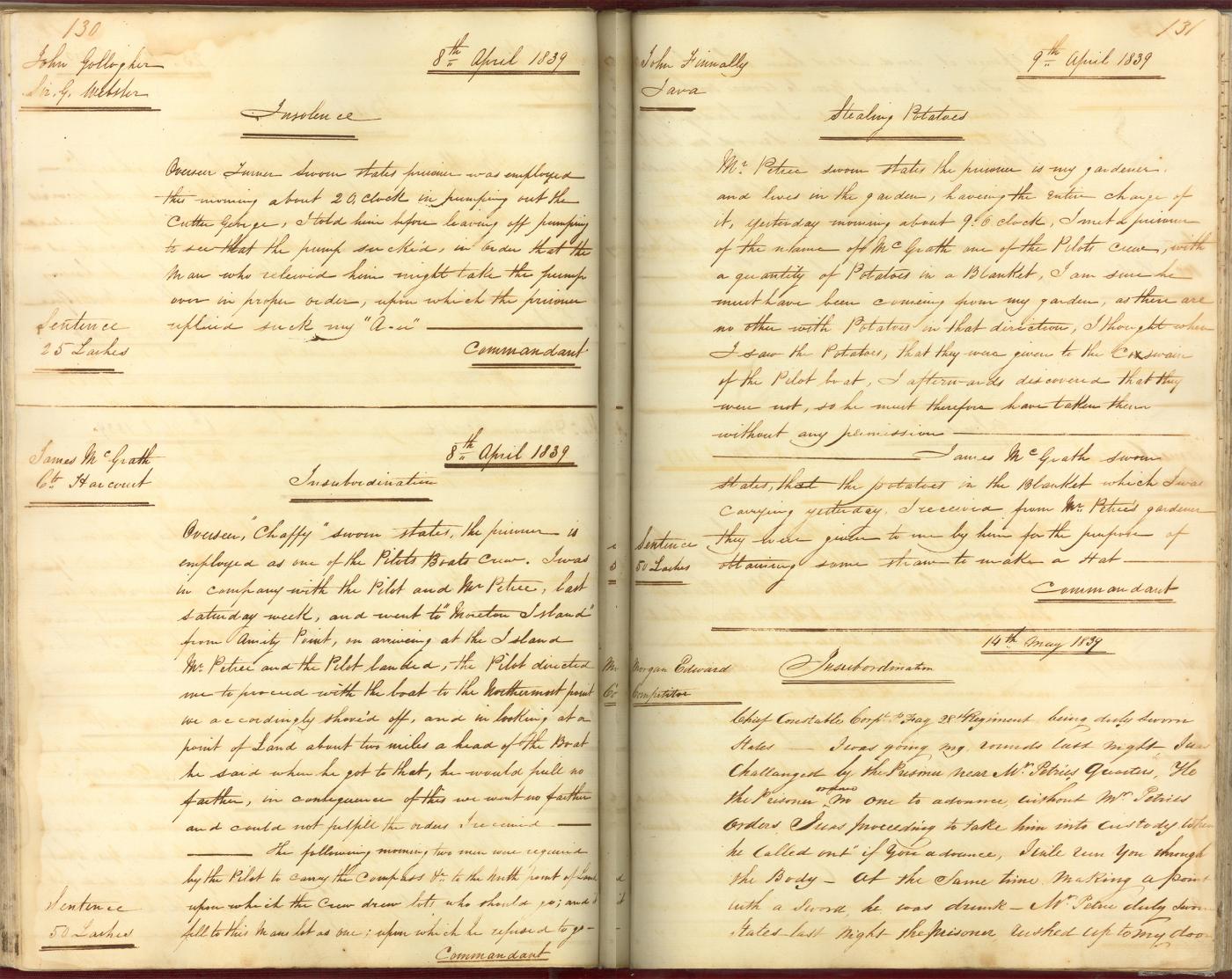 The following extract is provided courtesy of Convict Creations:

In theory, flogging was intended to act as deterrent and it was dispensed for crimes such as neglecting work, attempting escape or general misconduct (being rude in the eyes of someone with power.) It also became common to flog Convicts until they confessed to crimes or to get information out of them. In other words, it was used as torture.

A short whip was made up of nine strands of leather and knotted along its length to give it extra bite. The Convict was typically spread eagled over a triangular frame or tied to a tree. Their skin usually split by the fourth lash and the backbone could be exposed by 50 lashes.

The floggers were often friends or acquaintances of the Convict being flogged. Perhaps this was because flogging was hard work that would be tiring for someone in authority. Alternatively, ordering a mate to flog a mate could break camaraderie between Convicts.

Flogging was probably a popular punishment because it was easy to dispense and because many authority figures gained satisfaction in witnessing human misery. As an act of defiance, Convicts tried to avoid showing pain. As one commentator wrote:

'The convict flagellator at this time "felt a gratification in inflicting and witnessing human misery." There were many prisoners who would bear any punishment rather than complain; I am certain that they would have died at the triangle rather than utter a grown'.

The Convict J.F Mortlock wrote that it even became good Convict manners not to show pain:

"In Australia , silent composure under suffering is strictly prescribed by convict etiquette."

Although it was easy to dispense, flogging had downside in that it often killed the Convict or reduced their capacity to work. Furthermore, when Convicts were unable to work because they had been flogged, they needed to be flogged again for not working. As one Convict explained:

"unless it were at the meal Hours or at Night he was immediately sent to work, his back like Bullocks Liver and most likely his shoes full of Blood, and not permitted to go to the Hospital until next morning when his back would be washed by the Doctor's Mate and a little Hog's Lard spread on with a piece of Tow, and so off to work...and it often happened that the same man would be flogged the following day for Neglect of Work."

The Book of Trials records punishments inflicted on convicts during the final years of the Moreton Bay penal settlement from 1835 o 1842. From its first establishment, Brisbane was a place of secondary punishment for convicts who had reoffended elsewhere, and its regime was harsh.

Many crimes at Moreton Bay related to the theft of food, and in evidence presented to the inquiry in Secondary Punishments in 1832, it was clear that rations were far from adequate. Rather than wheat, the basic staple was coarsely-ground maize, and convicts received no more than 50 grams of meat per person. The work was arduous, and even the relatively small number of female convicts transported to Brisbane were forced to perform physical outdoor labour.

Infringements were punished by the withdrawal of privileges, solitary confinement, the treadmill or lashing. Although many absconded, the majority were either returned to the settlement by Aboriginal people or forced back through starvation. A small number found sanctuary for varying periods with Aboriginal groups to the north, while still others trekked south to reach Port Macquarie or, in a few notable cases, Sydney. Given the inadequate diet and strenuous work, it is not surprising that the mortality rate was particularly high. Around 10 per cent of all convicts sent to Moreton Bay found it their final resting place.

They were the pioneering European settlers of Queensland. 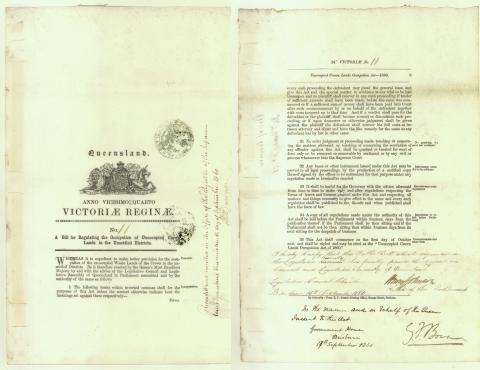 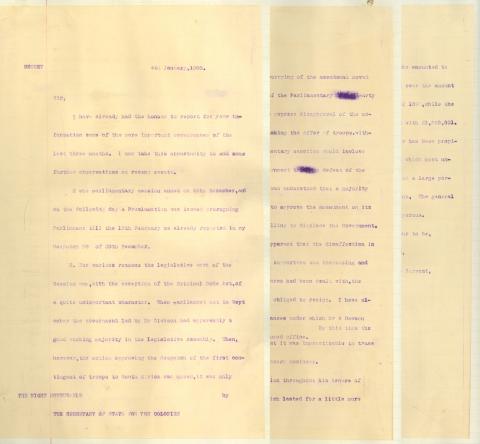 Despatch from Sir Samuel Griffith regard…