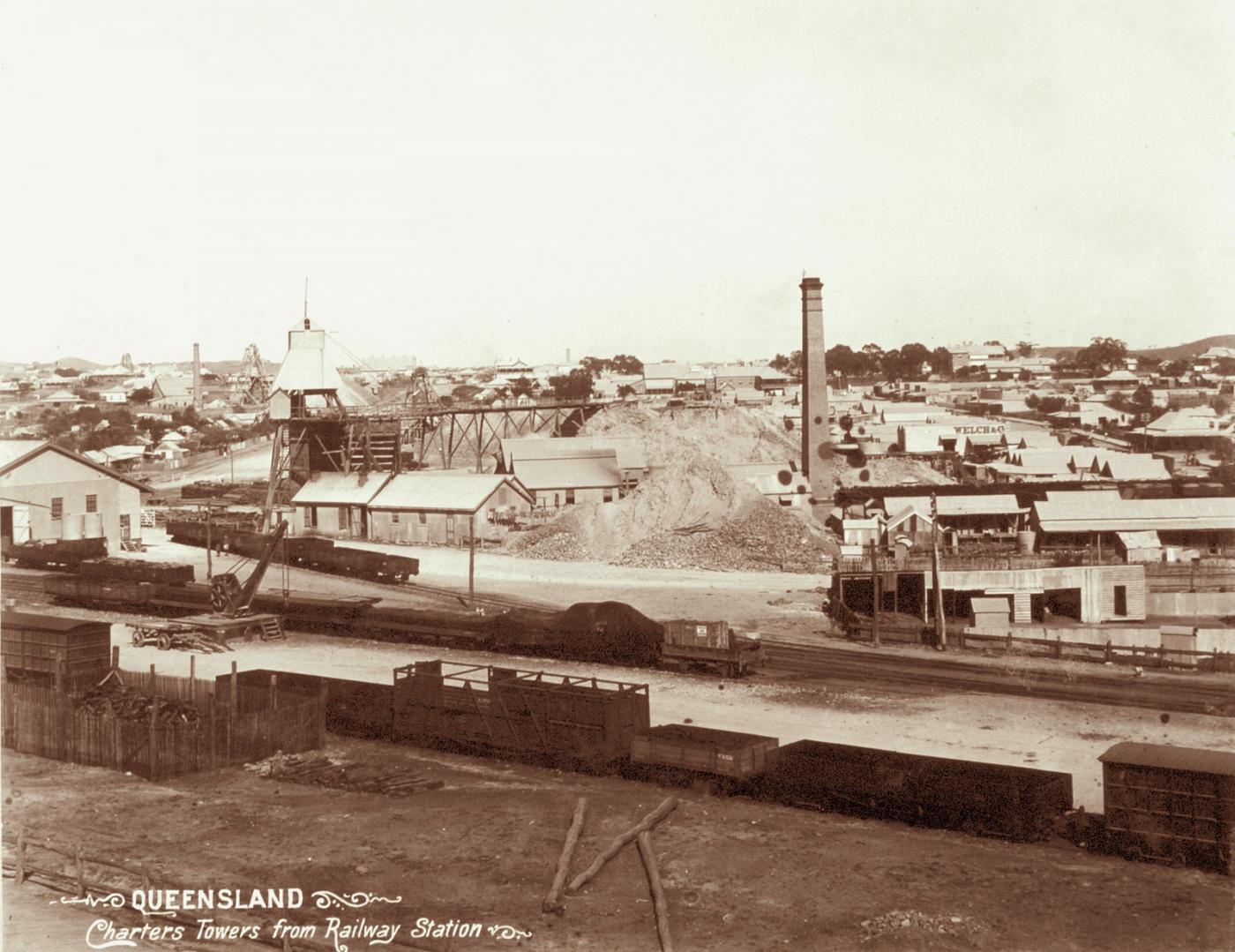 Opening of the Charters Towers Railway

The Charters Towers Railway was formally opened to-day. Sir Thomas M'Ilwraith, with about seventy invited guests, left Townsville by special train at 9 o'clock this morning and arrived at the Burdekin Bridge at 1 o'clock. Between 2000 and 3000 persons had previously arrived from Charters Towers, but the train conveying the Premier being late they were nearly all lunching and picnicing.

[...] Two or three hundred people were present at the station, and some groans for the coolies were indulged in by the crowd, but ringing cheers for the Premier were given when called for, mingled with a few groans. Charters Towers was almost deserted, the majority of the people being at Burdekin, returning from thence during the afternoon

[...] Sir Thomas M'Ilwraith, on rising to respond to the toast of his health, was greeted with warm applause. He congratulated the people of the completion of the railway line between Townsville and Charters Towers [...] He spoke of the way in which the railway had advanced Bendigo, and he expected that it would do even more for Charters Towers. He was glad to find that the people there were not selfish like some others, who tried to keep the railway lines from being extended beyond their own towns.

An inland rural town founded on gold mining. The Charters Towers gold rush of the 1870s would make the town Queensland's second largest by 1890. L. W Marsland's book The Charters Towers Gold Mines: A Descriptive and Historical Account offers the following account from 1892:

"Although the inhabitants do not pretend that their town is anything more than a mining town, dependent on the success of the various mining ventures, they have provided themselves with most of the comforts and conveniences usually found in the prosperous communities of the world. They have communication by railway, as has been stated. They enjoy all the advantages in common with other British subjects, who dwell in accessible regions,of speedy and efficient communication by post and telegraph. The town is supplied with gasby a local company, and many of the large mills and some private establishments are lighted by electric light. A telephone exchange has lately been instituted and the telephone is now in use allover the town and district. The district is supplied by the municipal water works with water pumped from the river Burdekin, distant eight miles, into a large reservoir constructed on the Tower Hill overlooking the town, and distributed under enormous pressure in every direction. The streets are mostly well laid out, and considering the very heavy traffic, caused by the haulage of quartz, are kept in fair order. Most.of the buildings are still built of wood, although brick and cement have been recently adopted in all public and in some private buildings. 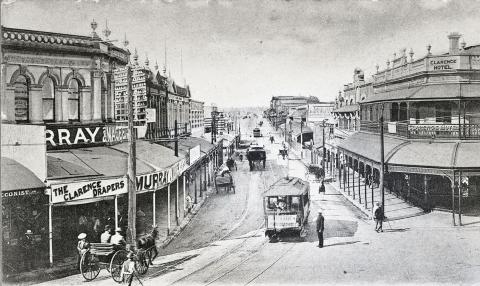 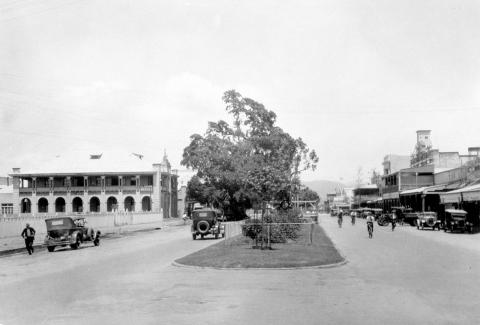