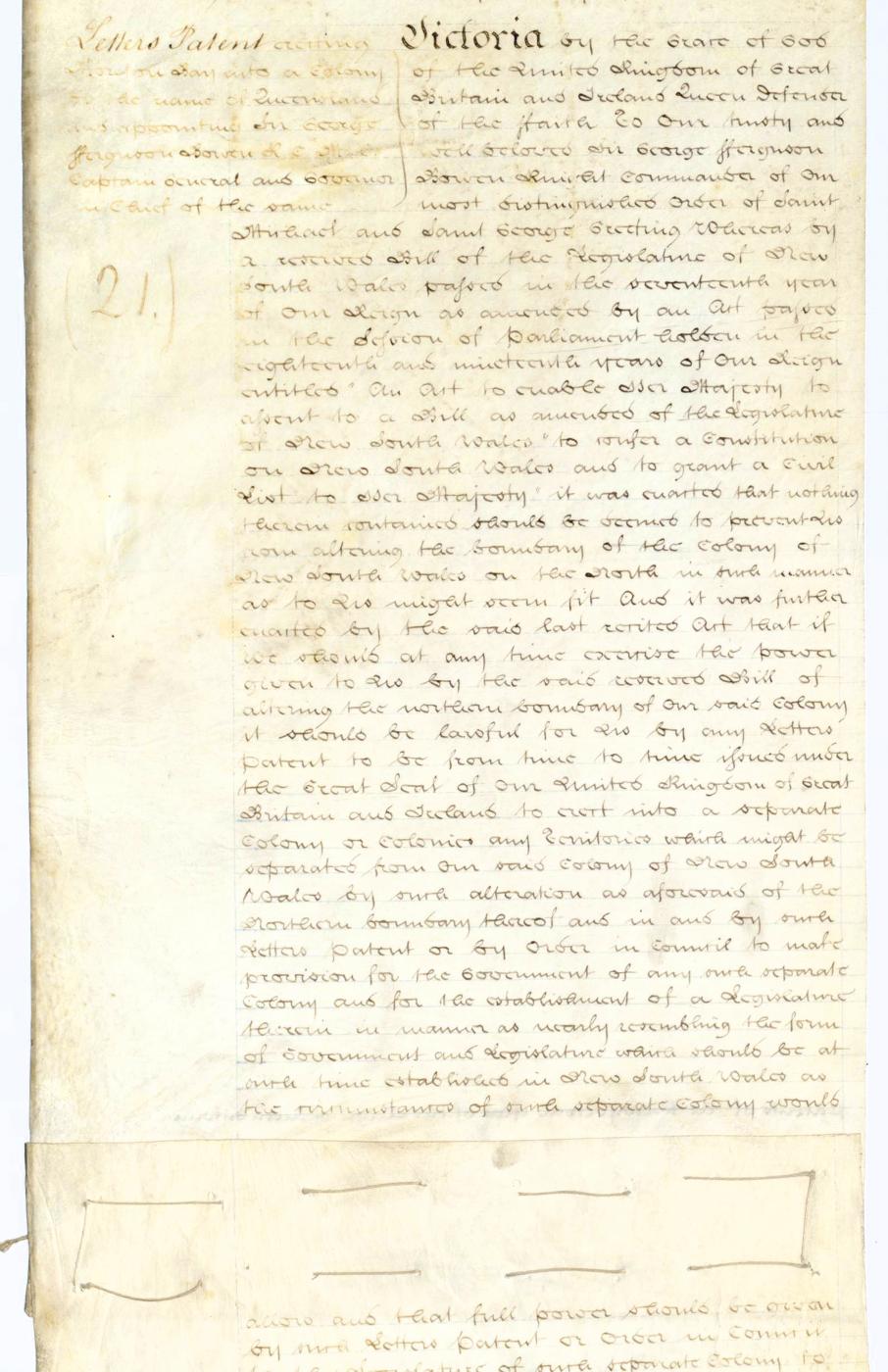 Issued by Queen Victoria on 6 June 1859, the Letters Patent and the accompanying Order-in-Council are Queensland's primary founding documents. Together they provide the constitutional basis on which Queensland has continued to function as, first, a self-governing colony and, second, a State in the Commonwealth of Australia.

The Letters Patent specifically appointed Sir George Ferguson Bowen as Captain-General and Governor-in-Chief of Queensland, endowing him with the legal authority to oversee the installation of self-government by and for the citizens of the colony. Although a professional public servant in the British Colonial Office, Bowen aspired to an academic career, and his governorship from 1859 to 1868 was marked by a ready willingness to delegate responsibility to elected officials.