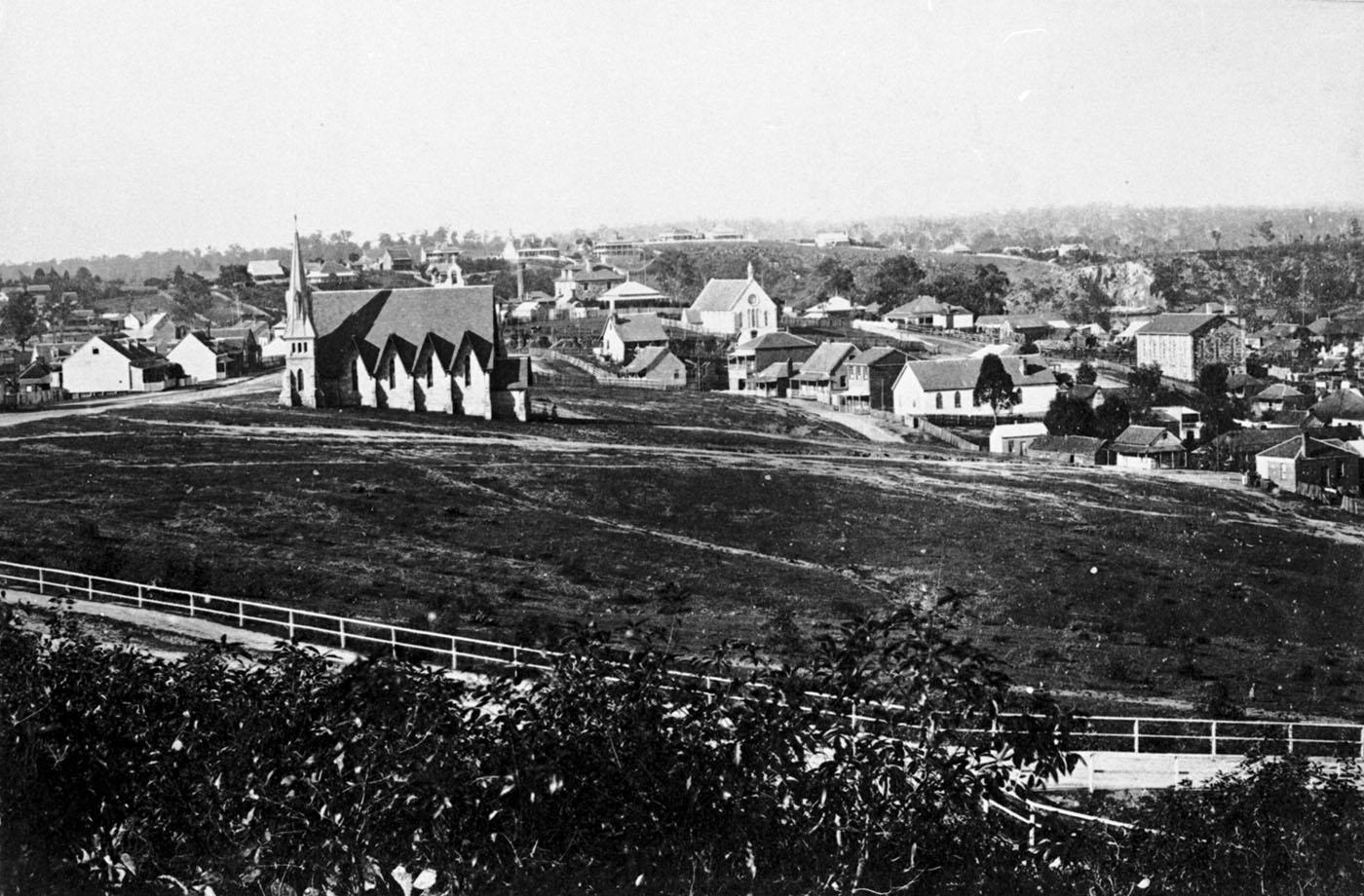 At a meeting of members and friends of the Wharf-street Baptist Church held on Wednesday last it was unanimously resolved to proceed at once with the erection of the church buildings at the intersection of Wickham-terrace and Upper Edward-street, at an outlay of £12,000, which is to include organ, sitting accommodation, &c., and the erection of a manse from the material of the building now on the site at an outlay of £1000.

The design prepared by Mr. Gailey, the architect, embraces a schoolroom 60ft. by 60ft. by 14ft. high, with large vestibule and choir gallery and several class-rooms in the basement, to which access is obtained from Edward-street; and a church slightly above the level of Wickham-terrace 60ft. by 60ft. by 35ft. high, with spacious portico, private entrance, and front and rear vestibules, choir, auditorium, and galleries, committee-rooms, minister's reception room, and library, ladies', gentlemen, and deacons' parlours, and ministers’, deacons’, and choristers' vestries. The whole of the accessory rooms are connected with the church by folding doors, and when thrown open will afford additional sittings for the church.

The plans show a massive structure in the Classic style, having a frontage of 90ft. to Wickham-terrace by 120ft. to Edward-street. The eastern elevation is flanked by a tower 100ft. high at the southern angle in Wickham-terrace, and a bay at the Edward-street corner similar to the base of the tower, with a bold projecting portico inserted between. The Edward-street elevation is somewhat similar, having terminal bays, with a slightly projecting transept between.

The elevations show a channelled basement with rusticated pilasters above, surmounted by a bold cornice and balustrade with pediments in the centres rising about 45ft. above Wickham-terrace and 60ft. at Edward-street. The bays are pierced with double and single windows, with rose-windows under the pediments, which are to be fitted with lead lights. The principal entrance in Wickham-terrace is approached by a flight of twelve steps, 30ft. wide, and open portico.

The building will be constructed of brick-work, set in cement and mortar, finished in cement compo externally and plaster internally, and chastely decorated with bands, cornices, and architraves. The interior arrangement consists of a vestibule and auditorium, with slightly projecting transepts at the sides, and a platform, with choir and organ gallery rising behind it. A baptistery will be on the platform and another one in the schoolroom. The sittings will be formed of chairs concentrated round the platform. The choir gallery will contain an organ, which is to be ordered from one of the English makers. The capacity of the auditorium will be 600, the gallery and choir gallery 400, and the associated rooms 300. The building, which is to take the place of the present Wharf-street Baptist Church, is to be designated the City Tabernacle.

Spring Hill, an inner Brisbane suburb, is immediately north and north-west of the city centre. The dividing boundary between Spring Hill and the city is Wickham Terrace which, incidentally, is the suburb's most notable thoroughfare.

The rising landscape was a source of spring water, and an example is to be found in the Roma Street Parklands.

In 1856 land sales occurred in Wickham Terrace and Leichhardt Street. It was a choice area, as the Terrace ascended a ridge where better-off residents could build houses to catch views and cooling breezes. Further subdivisions followed in the less elevated areas, and in 1862 the Spring Hill Hotel opened in Leichhardt Street. By the end of the 1870s there were several public and charitable institutions in Spring Hill: a mechanics institute (1864), a female refuge and infants home in Herbert Street (1871-1916), the Lady Bowen lying-in hospital at 497 Wickham Terrace (1890), Methodist church, a government school (1875) now Brisbane Central (1876), St Joseph's College (1875) and the Brisbane Children's Hospital (1878). The All Saints Anglican Church (1869) was built in Wickham Terrace, and is listed on the Queensland heritage register (QHR).

Spring Hill's elevated position made it an ideal site for service reservoirs, gravity fed from the Enoggera Dam. The reservoirs and their enclosures are near the windmill next to Wickham Park Built in 1871 and 1882, they were reconditioned and remained in use until 1962. In 2014 plans were announced to utilise one of the reservoirs as a temporary performance space for the Underground Opera Company with guided tours by the National Trust.

Whilst Spring Hill's elevated thoroughfares made for a desirable address, the lower areas were subdivided for working class families, within walking distance of employment, the city and Fortitude Valley. Moody's cottages at 8-16 Victoria Street (c1875, QHR) are surviving examples. The small blocks were cited as a reason for bringing in the Undue Subdivision of Land Act in 1885, prescribing a minimum size of 16 perches. By the end of the 1890s most of Spring Hill was subdivided and occupied. 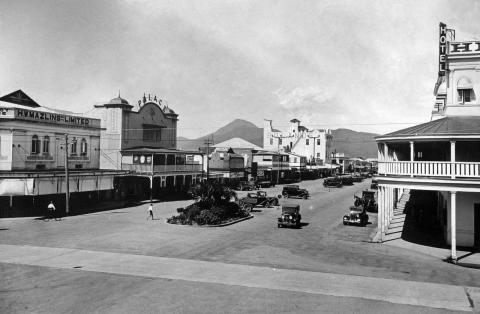 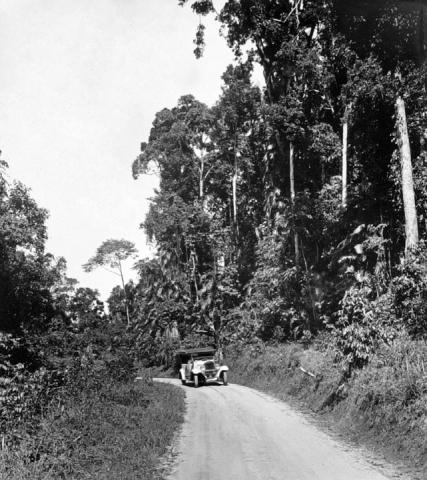