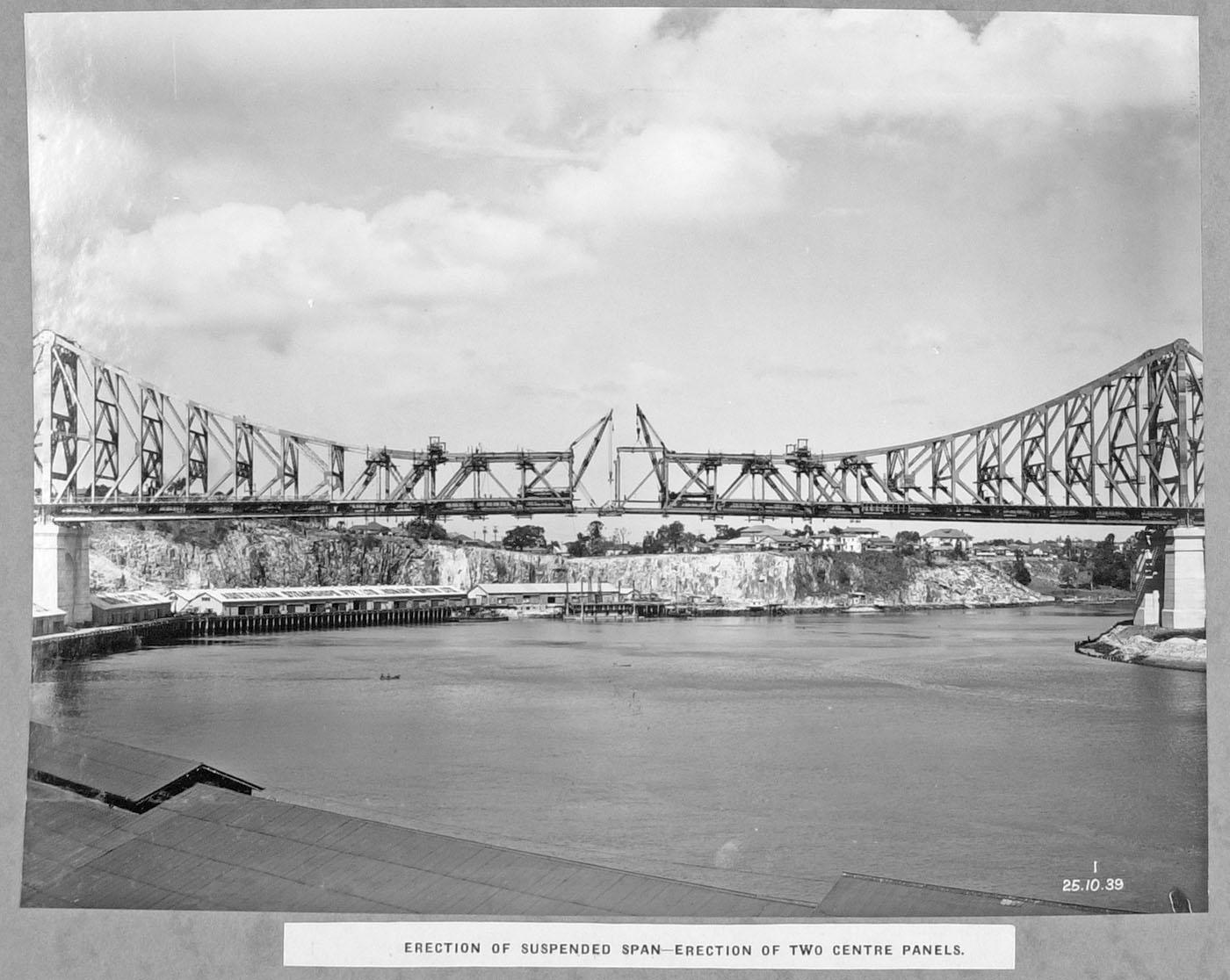 BRISBANE, Wednesday. — The drama enacted on a narrow plank at the Story Bridge construction when Arthur McKay Wharton, of Riverview, via Redbank, fell 100ft. to the river on December 6 was described by his workmate, Hermann Gerald Kleemeyer, of Woolloongabba, in the Coroner's Court to-day. Kleemeyer said that he and Wharton were riveting the bridge framework 450ft. from the Bowen Terrace end. Wharton, intending to work on three rivets about the level of his face, dropped a "holding up dolly" weighing 25lb.

"It seemed to strike him on the left knee, and after standing up he raised his trousers leg to have a look at the knee," said Kleemeyer. "Then he went to resume his seat on the plank. He was pale, and when he was about half-way to his original position he threw up his arms and went backwards into space.

"As he went back I called out, 'Oh, Mac!' and made a grab at him, but just touched his heel," continued Kleemeyer. "The sway frame between us hampered me and when I touched him the whole weight of my body was against me. If I had secured a good hold of him I might have gone over with him."

To the City Coroner (Mr. J. J. Leahy), Kleemeyer said that Wharton had complained of a small lump on his knee caused by falling from a horse. If anything touched the lump it gave him great pain. Kleemeyer thought the pain from the blow that morning made Wharton dizzy.

At the request of Sergeant P. H. Kinnane, the inquest was adjourned indefinitely.

Courtesy of the Queensland Heirtage Register 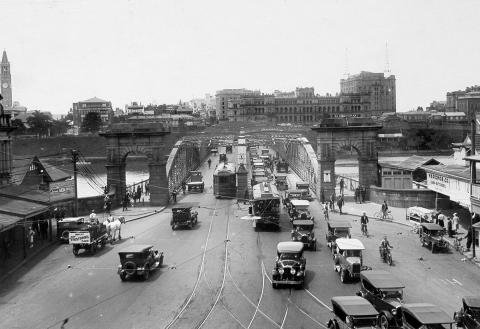 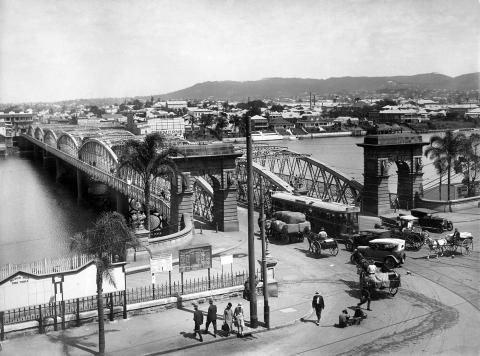