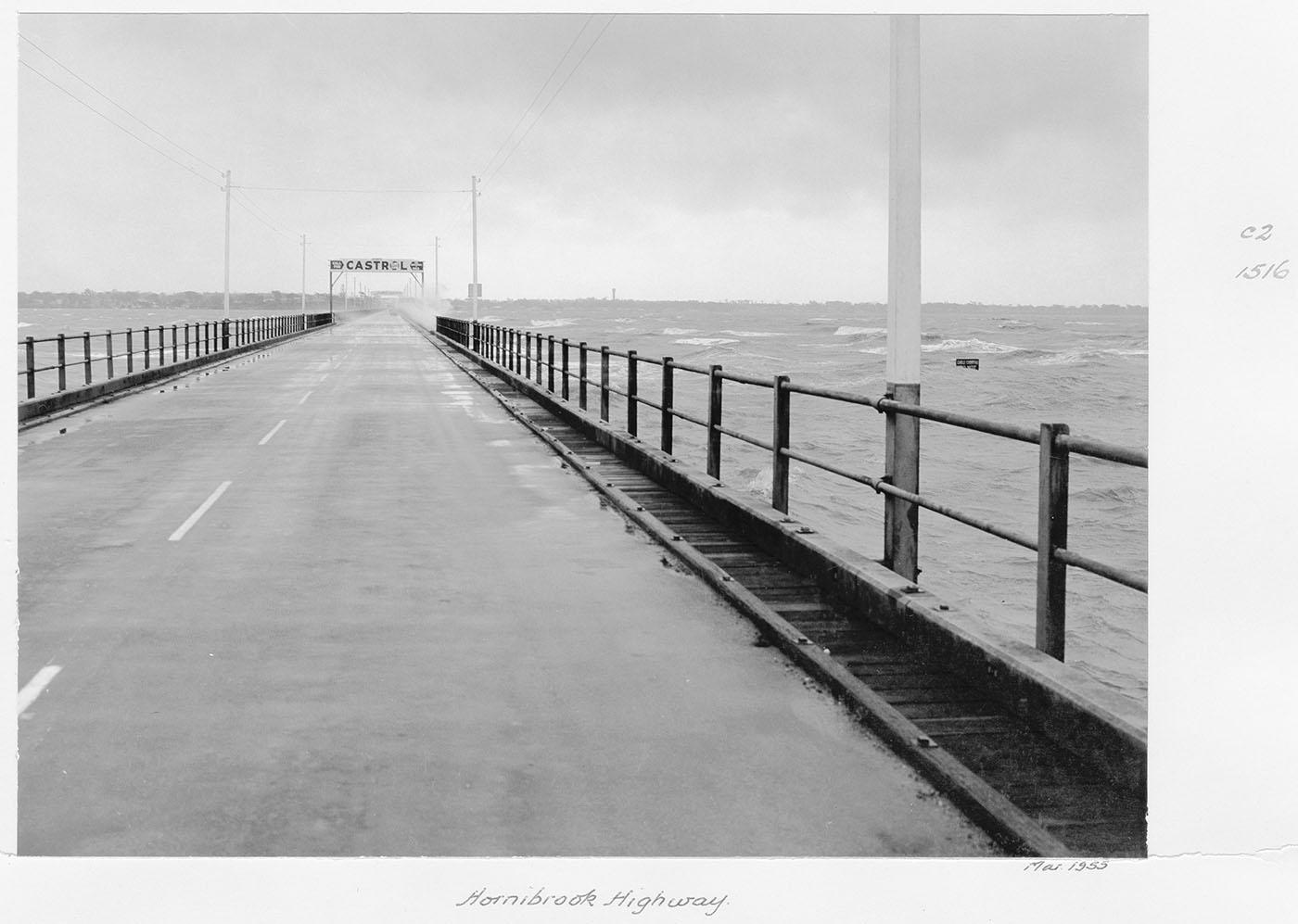 The opening of the Hornibrook Highway tomorrow will give the people of Brisbane a virtually new coast to their bay. A magnificent piece of engineering work has effected a great change in the ciy's geography, and has acquired for it what may be regarded as a new seaside suburb. Redcliffe and its attractive bays will be only a short motor drive beyond Sandgate, and the route across the 8850ft viaduct, which now spans Hayes's Inlet, will be unique in Australia - a journey on wheels between sea and sky. The construction of this highway has been a bold adventure, and it should greatly accelerate the development it anticipates. That it will make an important addition to Bribsane's amenities is self-evident. Redcliffe has attained to the position of the premier bay resort, despite the handicaps of its distance from the city and the lack of railway communication.

Its easier accessibility will be a boon which will be more and more appreciated as Brisbane grows, and Sangate should also acquire greater favour as a suburb by the provision of an outlet to the North Coast. But the full value of the Hornibrook Highway as a traffic facility will not be realised until it becomes a component part of a good highway all the way between the city and Redcliffe. Building enterprise, trade, and population follow good roads these days, and it will remain for public authority to copmlete a great developmental undertaking which the promoters of the Hornibrook Highway so courageously began and have, as far as their part of it is concerned, so well finished.

Hornibrook Pier is the remaining historical remnant of the Hornibrook Bridge, a highway which connected the Redcliffe Peninsula to Brisbane's northern suburbs. Iconic with older residence of Redcliffe, Hornibrook Bridge is fondly remembered as the 'bumpy' ride between Sandgate and Clontarf. Today the pier, which overlooks both Hays Inlet and the Moreton Bay Marine Park is considered a great fishing spot.

Hornibrook Bridge, the facts and history

Officially opened by the Governor, Sir Leslie Orme Wilson on Friday, October 4th 1935, Hornibrook Bridge or Hornibrook Highway (technically just a viaduct) spanned between Sandgate and Clontarf. A distance of 2,686 metres, making it Australia’s longest bridge at the time.

A building construction of monstrous proportions, the bridge builders (Manuel Hornibrook known as MR) relied heavily on local resources, for example the 1746 corbels supporting the decking and were part of the 2.5 million cubic feet of timber used to build the Bridge, cut from forests north-west of Redcliffe in Conondale, Mapleton and Kilcoy.

Aside from being the longest bridge in Australia, Hornibrook was also innovative in being one of the first privately owned toll bridges in Queensland. Tolls were collected on the northern entrance of the bridge, with the tollmaster living in a house built nearby.

Due to popularity and to handle the increase in traffic, Houghton Highway was built to replace the Hornibrook Bridge in 1979, before a third bridge the Ted Smout Memorial Bridge, which was opened in 2010. Despite these new bridge building projects, the original Hornibrook Bridge portals, north and south, still stand today and are heritage listed. The northern portal at Clontarf is known as the Hornibrook Pier. 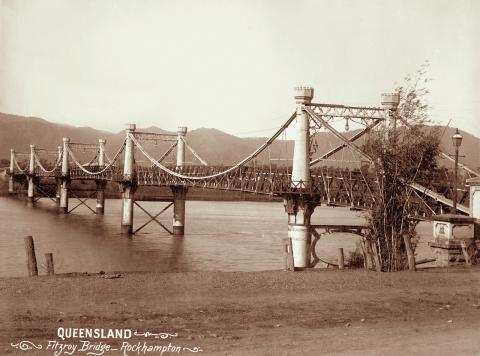 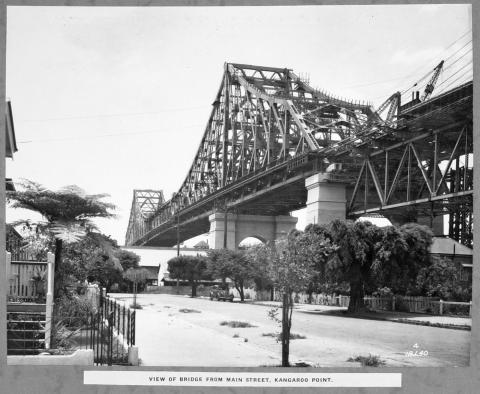