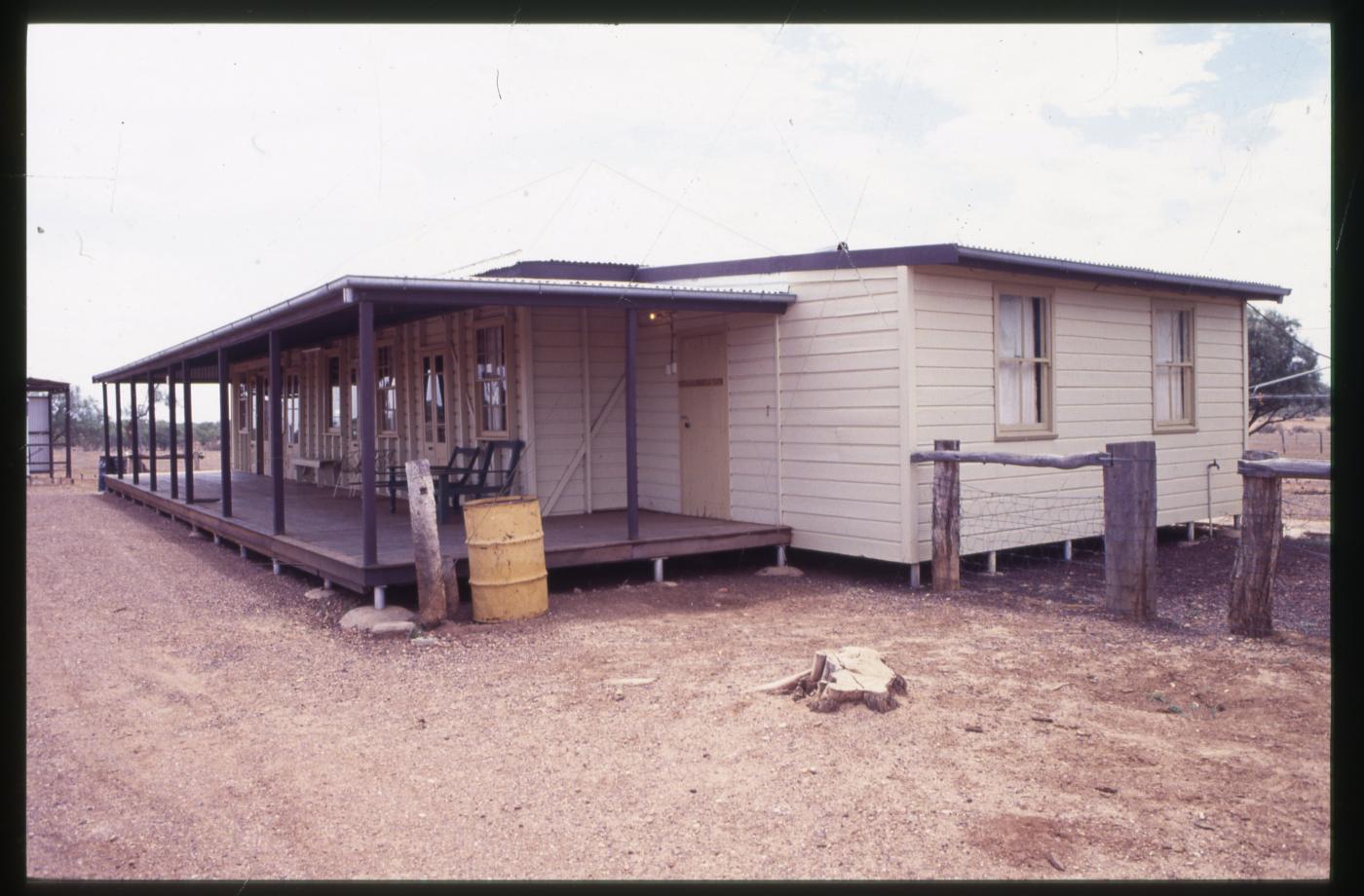 Since the shower on Friday afternoon, no rain has fallen in the immediate neighbourhood, but some nice storms are reported elsewhere in the district. Even on that day we only got the tail-end of it, as from the southern side of the town to within a short distance this side of the "Old Union Camp", about six miles from town, from half-an-inch upwards must have fallen. All gullies had run, and the ground generally received a thorough soaking. Beyond this not even a sprinkle fell as far as the Engine Hole. (Strange to relate, just as I was penning the foregoing, 10 p.m., a nice light shower fell, accompanied by a gloriously cool breeze from the south-east).

On Sunday afternoon, Mr. J. E. Bostock, Sesbania, reported a sensational fall there. It was a veritable waterspout, which overflowed the main gauge, 4 in. being registered in 1½ hours, but it is estimated fully six inches descended before the storm had spent itself.

A muggy heat has prevailed for days past, adding much discomfiture to the average westerner, and the wiseacres who have ventured their opinion, nay, even staked their reputation, on a regular deluge and floods from day to day, are now racking their brains for excuses for its absence. However, it is safe to guess that rain is imminent this time of the year, as February is usually our best month for a downpour. Wokingham Creek, heading from Sesbania, is in high flood again, and it is feared the extra tier of bags of earth placed on the top of the embankment of the overshot dam at Ayrshire Downs head station will be washed away. If indications count for anything, well, we should have had inches of rain this week.

Steve Wall, Boulia coachdriver, arrived on Saturday night, only a few hours overdue, but fortunately for him the rain seems to fizzle out towards Boulia, and Alex. McMillan is able to run through and meet him a stage or two further on than is customary in fine weather. While Steve reports an average of an inch this week between Winton and Middleton, Britither's Creek, about 2ins. and all creeks running, practically, nothing has fallen beyond, Boulia, which is like "The odd man out" through all this rain dating back as far as September, and the Burke has just run sufficiently to fill the "micheries" near the township.

Steve was caught in a terrific storm on Sunday night week, just a few miles the other side of Middleton, in fact, he says it is the most severe thunder and lightning he has ever encountered during his coaching career, which dates a long way back. The lightning could be seen playing havoc with the rabbit netting fence not far away, and suddenly a flash either struck or terrified one of the leading horses to such an extent that it fell to the ground, but, however, regain ed its feet a few moments later. Steve was also dazed for several seconds, and drenched to the skin, when he recovered his equilibrium. Panic stricken, he sought the friendly shelter of the "boot" until all danger had passed. Fully an inch of rain fell and he decided to halt with his team of six till the moon rose, when he plodded on to Harry James'* [Middleton] hotel, reaching there about daylight. The passenger inside the coach had rather an anxious time, too, but was able to supply Steve with a dry outfit after the drenching meted out to him. Although he left as usual on Wednesday morning, he was unable to cross the Diamantina till 10 o'clock next day.

Willie Markwell, Diamantina mail man, arrived in on Friday night, over four days behind schedule time. The Diamantina being in high flood at Diamantina Gates station, he decided to return to town as Billy Coleman from the Boulia end, would probably be unable to cross for days. He reports 40 pts. at Diamantina Gates on Tuesday evening last, good rain this side of Brighton Downs, an inch at Cork, but only odd storms from there into Winton ranging as high as half-an-inch.

The Longreach coach arrived today, just 24 hours overdue, owing to rain and the floods on the other end of the line. The usual train due today at 4.30 p.m. was cancelled, and a special will run through as soon as practicable. Washaways and floods beyond Hughenden are responsible for this state of affairs. Passengers who departed by last Sunday's train were waylaid at Pentland for some time, and this morning were trollied over the washaway between Cape River and Mundlc Creek. I understand the damage to the permanent way in this particular locality extends for about 5½ miles, so that like the departure of all coaches from here, the arrival of our train from Townsville is very problematical.

*Harry James was proprietor of the Middleton Hotel, having bought it in 1907 from Mr Septimus Caesar Lane. Mr James was then described in The Evening Telegraph (Charters Towers) as a well-known carrier, whose teams would be retained and driven by his sons.

The Middleton Hotel was built during the Cobb & Co. era, and was a changing station, where tired horses were replaced with fresh horses, on the route between Winton and Boulia. It formed one of the “Nine Pillars of Cobb & Co." These Pillars represent the nine oldest and original Changing Stations for the coaches of the Winton to Boulia Route, which was 240 miles (384 kilometres), and took four days each way. It was called Mail Service 216, and the contract was held between 1895 and 1915. Look for the memorial cairns along the Winton-Boulia Road, each one representing another of the Nine Pillars of Cobb & Co. – Winton, Elderslie, Woodstock, Middleton, Makunda Hotel, Lucknow, Hamilton, Warenda Bore and Boulia.

Middleton has slowly declined over the years, and all that survives of the settlement is the Middleton Hotel, campground and the disused Hall. The Middleton Hotel now has the distinction of being one of the most isolated pubs in Queensland.

Friendly Western hospitality can be found there, so stop in for a coldie and a yarn enroute to Boulia, or as a day trip from Winton. Cabin accommodation is available, or check in to the 'Hilton Hotel', the free campground across the road. 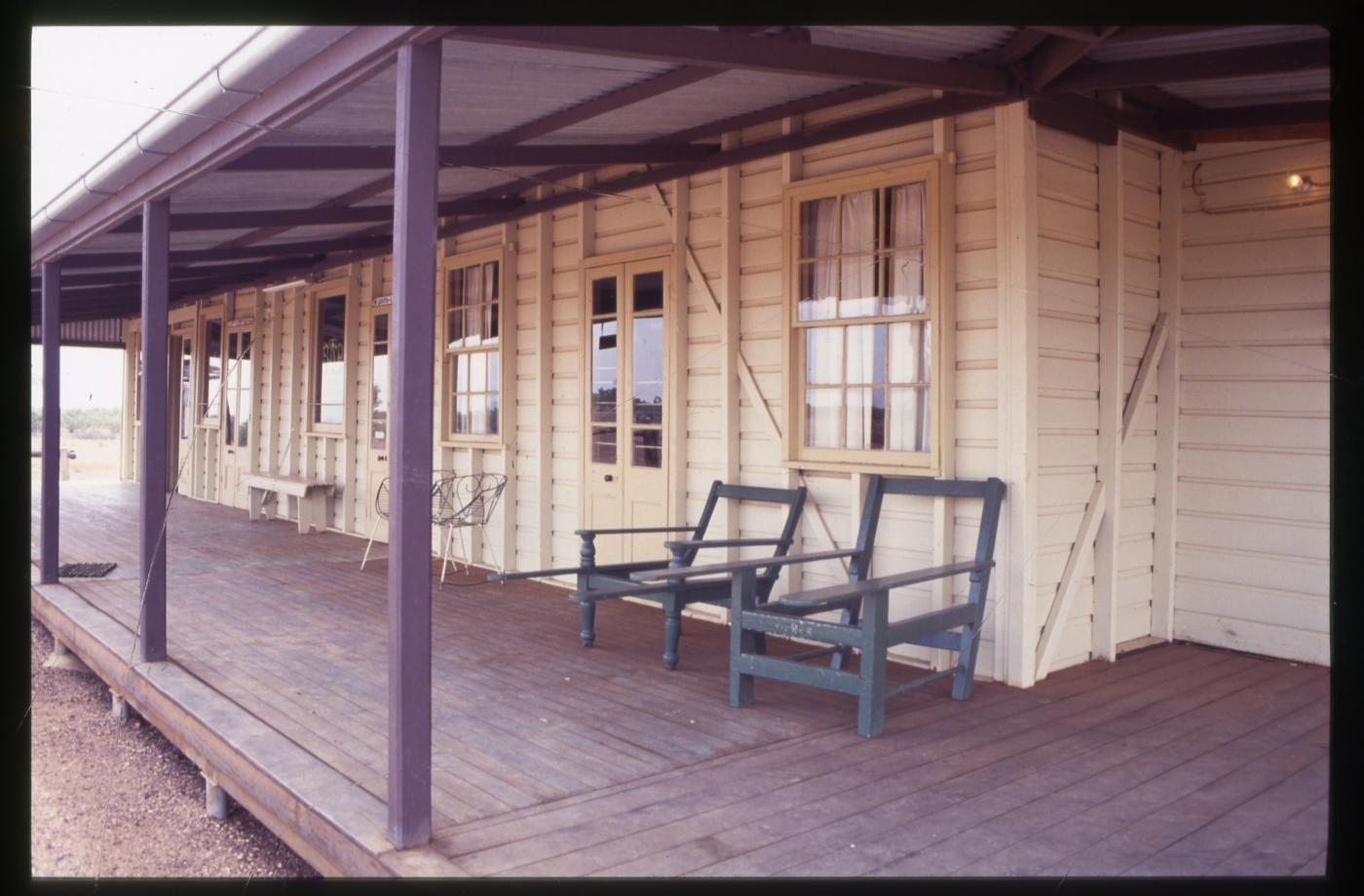