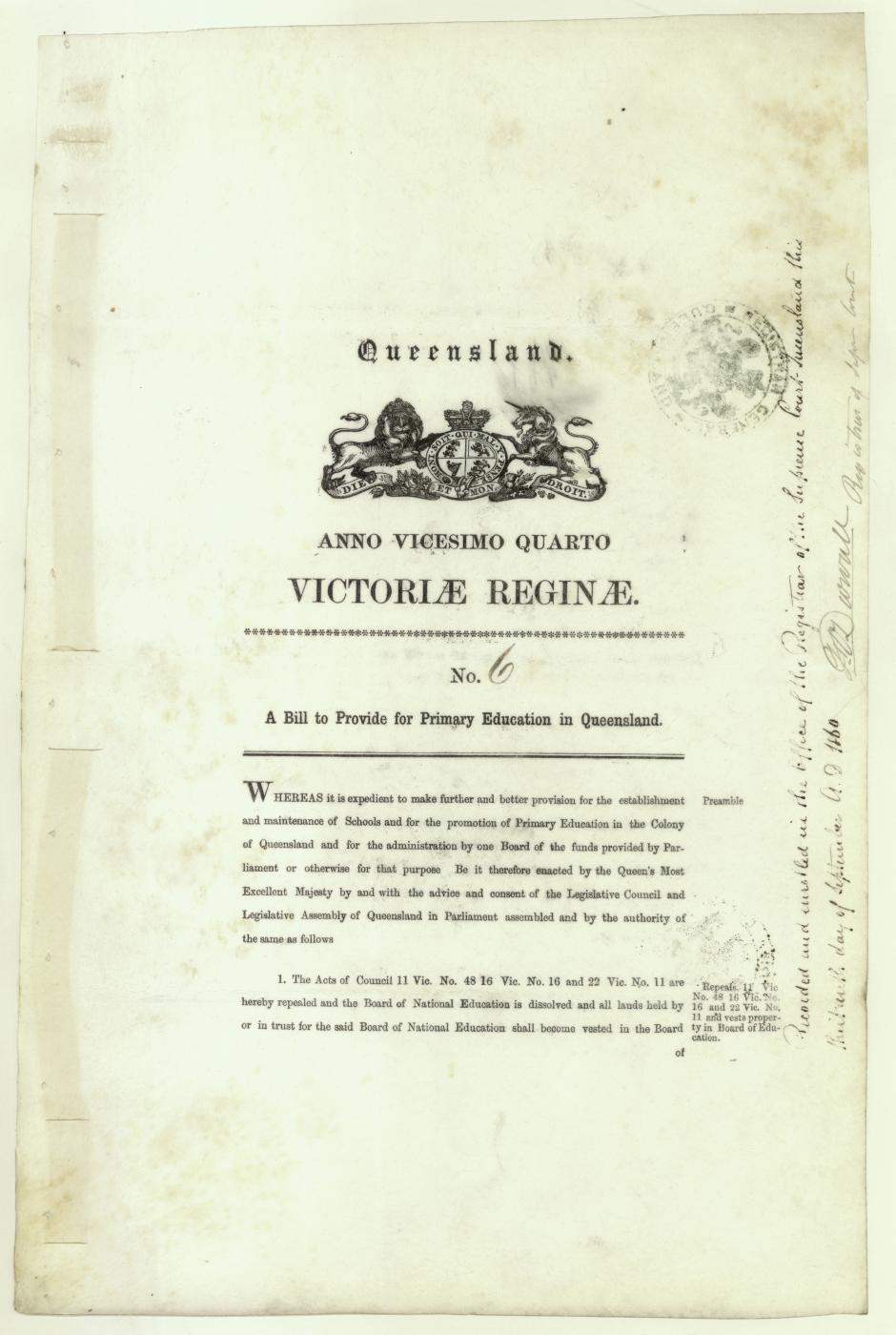 The Board of Education, in carrying out the provisions of the Primary School Act, have hitherto been very fortunate; and some handsome and suitable buildings – already erected, or rapidly approaching completion, and some excellent schools already in operation, attest the judiciousness with which their arrangements have been made.

It being understood that their chief duty is to carry out the provisions of the Act in their integrity, in the establishment of the National Schools, the little difficulty into which the Board were drawn in respect to the non-vested schools, may be attributed rather to that spirit of distrust with which the secular system is regarded by certain parties, and which was manifested, though slightly, in opposition to the Act itself. If, in that matter, the Board be open to censure, it is rather in not maintaining with sufficient   firmness, the ground which they originally assumed.

With respect to the system hitherto pursued by the Board with reference to the school buildings, we should be loth to undervalue the results arrived at by the Privy Council Committee of Education; but as the scheme of education matured under the auspices of that august committee is better adapted to the requirements of a nation that expends seventy millions of annual revenue, than of a new-born colony which rejoices in a revenue of a quarter of a million; so it is probable that the knowledge treasured by that committee with reference to the economy of materials and space, to ventilation, appropriateness of design, comparative utility of school furniture and apparatus, and such matters, would prove of less practical importance here, where the materials are so different, labor so costly, and skill in tuition at so high a premium, than in a country canopied with clouds , and whose surface is one vast floor in-laid with the masterpieces of human industry.

We do not perceive that any great good would results from the Board publishing a model plan of a school house, authoritatively. As the differences are great between the colony and the mother country, so also the differences between one neighbourhood and another are sufficient to render undesirable any attempt at uniformity of structure, even were uniformity not in itself undesirable. At the same time, if the Board were to issue a variety of plans suggestive equally to those who contemplate a small, a middle-sized, or a large classroom, it would not cost much, and might help to repress the tendency to extravagant and hyperbolic bowling-alleys on the part of the persons of undisciplined imagination.

Some private individuals there may be in the colony who are possessed of extensive, or even of exclusive acquaintance with schools and schoolhouses, founded and arranged on very different principles. If so, such individuals, by giving freely to the public the information which they have acquired by experience and observation, by travel or by reading, might confer a very great benefit upon the public at large; at the same time gaining for themselves a fair renown. To all suggestions with reference to matters of this kind, it is well known that our columns are ever open; and should a preference be given to any other medium of publication, we shall still be most happy to give the advantage of our circulation to whatever appears to us most valuable in such suggestions.

We believe that the willingness to disseminate knowledge is a strict and adequate test of any man’s learning, or rather of the value of that learning to the world he lives in. In Northern Europe, in the old and heathen times, a little learning was regarded as an awful possession. The sorcerer wrought his wonders by the magical and mysterious “power of Rhunes” – the rhunes being what in modern days we call the letters of the alphabet; and he who possessed this wondrous knowledge was honoured as a demi-god. But now-a-days, a man who keeps to himself knowledge which should be valuable to the community stands in no danger of extravagant veneration.

In February 1860 Governor Sir George Ferguson Bowen established a temporary Board of Education to provide rudimentary education in the settled districts of the colony. The system in Queensland was based on the system operating in Ireland, and differed from most other Australian colonies in that an emphasis was placed on secular education at the expense of denominational schools. One reason for this was the delay in the arrival of the Anglican Bishop, Edward Tufnell, and his Roman Catholic counterpart, James Quinn, but there was also recognition of the multiplicity of denominations existing within the colony. During the first session of the first parliamentthe primary Educaiton Bill was introduced and after being passed in September 1860 the legislation extended Bowen’s original system. The Board of Education became a permanent body consisting of five influential citizens who were responsible for the administration of an annual grant made available to schools, assisting in the establishment of new non-denominational schools, and the provision of teachers. Communities were expected to provide the land for the school, bear some of the expense for construction and accommodate teachers. Salaries of the latter were subsidised by school fees. When fees were abolished in January 1870 Queensland became the first Australian colony to adopt a free education system. 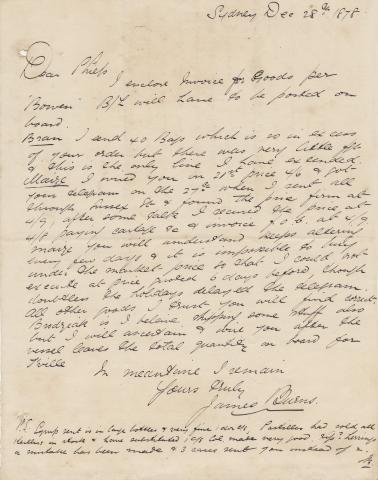 Correspondence from James Burns to Rober…