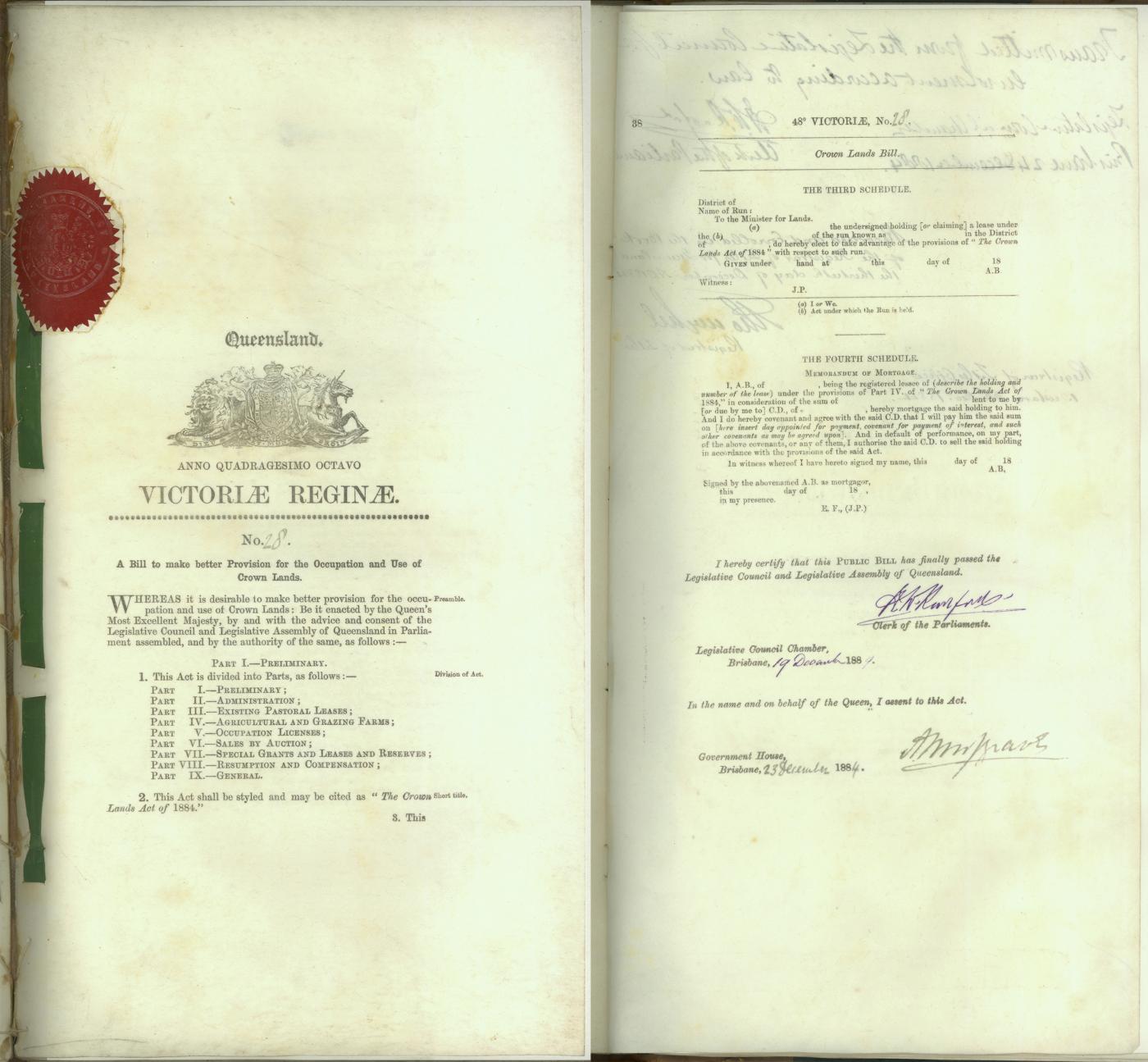 A more successful attempt to promote rural settlement and undermine the political power of pastoralists in Queensland was made after the passing of the Crown Lands Act of 1884. In this instance, selections could be leased for up to 50 years, with conversion to freehold possible after 10 years. The leasing principle was largely influenced by American theorists such as Henry George and was extended to grazing farms.

This was a major departure from all previous land legislation, and allowed an unprecedented number of people with limited capital to secure land in rural districts. The effect was dramatic, in 1866, 24,463 acres of land were under cultivation in Queensland; three years after passing of this legislation the area under cultivation had risen to 17,145,998 acres. Many pastoralists were forced to borrow heavily in an attempt to counter this agricultural advance, only to be struck by economic depression and severe drought in the following decade.. The Crown Lands Act of 1884 therefore played a major role in destroying the power of the pastoralists and accelerating Queensland's rural development. 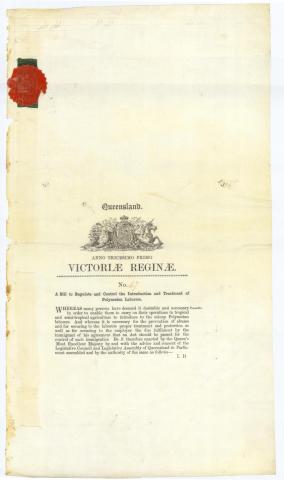 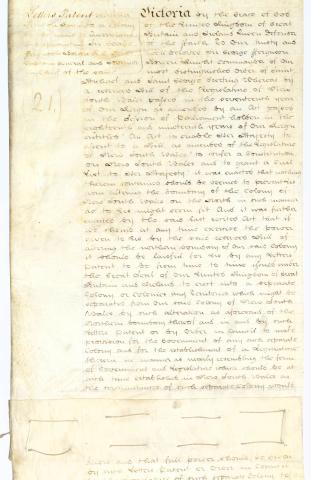