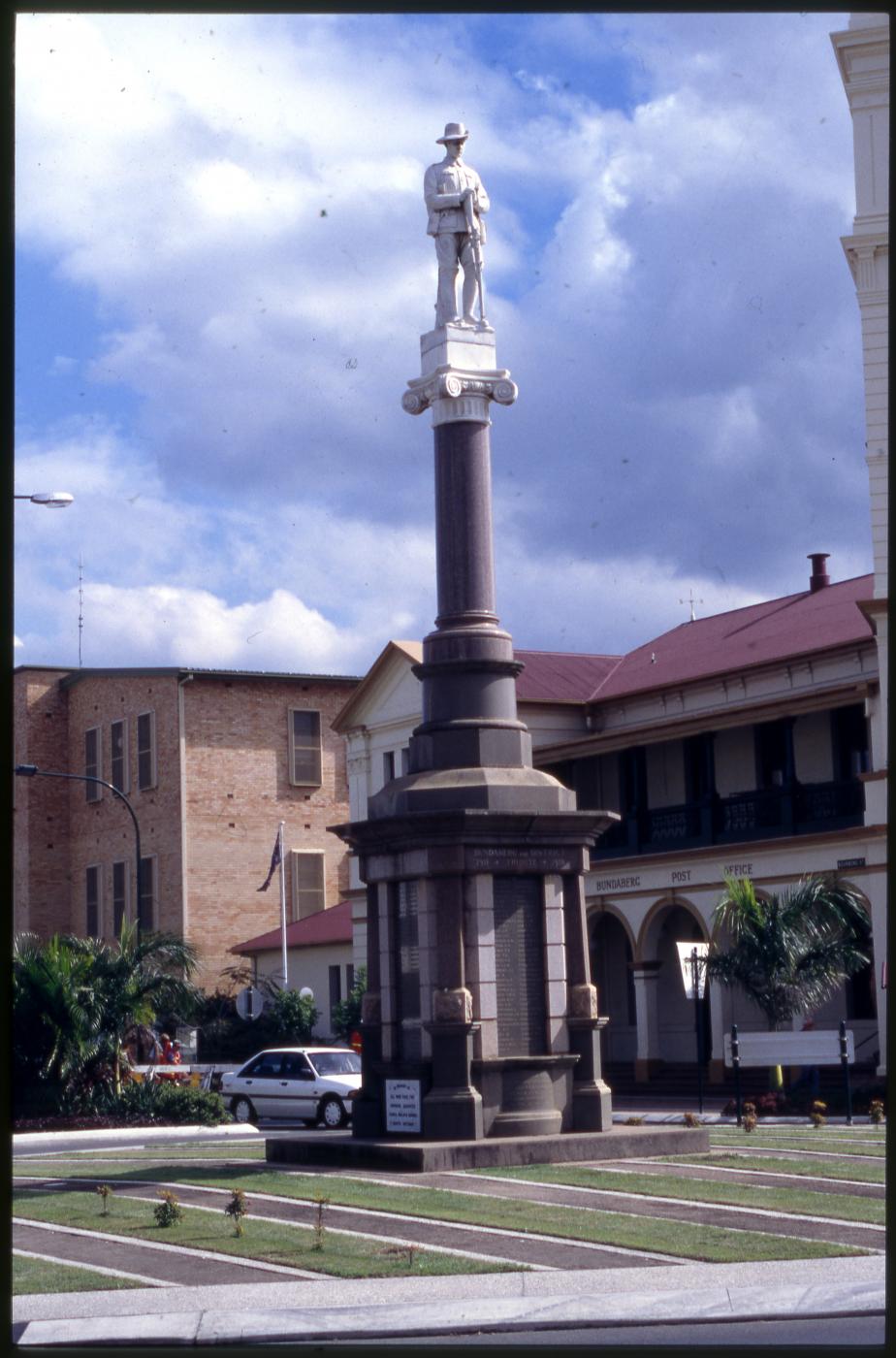 In the presence of upwards of 5000 persons on Saturday afternoon the marble statue, erected by the citizens of. Bundaberg and district in memory of the fallen soldiers who enlisted in Bundaberg, was unveiled by Major-General C. H. Brand, C.B., C.M.G., D.S.0. The monument, which is erected in the heart of the city, is 30ft. high and is surmounted with a typical "digger," resting on reversed arms. The figure is 7ft. 6in. high and was carved out of a block of solid marble in Italy. The memorial is claimed to be the finest of its kind in Australia. The total cost was ₤1900, and the tablets bear the names of 300 men from Bundaberg and the immediate district who made the supreme sacrifice. During the afternoon Major-General Brand decorated Mrs. W. Flint with the medal donated by the Queen of the Belgians, in recognition of her splendid efforts in raising funds for the relief of the Belgians in the early stages of the war. Major-General Brand, who is accompanied by Mrs. Brand, is a Bundaberg "boy," and is spending a few days with his mother, who is 80 years of age. On his arrival he was accorded a civic reception by the Mayor (Alderman W. Gavegan).

The Bundaberg War Memorial was incomplete when it was first unveiled on Anzac Day 1921, as the statue had not arrived from Italy. Later in the year, it was unveiled in its complete form. It was designed by Bundaberg architect, F H Faircloth and the masonry contractors were Anselm and Odling of Sydney. The granite, trachyte and marble memorial honours one local man who served in the Boer War and the 227 local men who served in the First World War.

The impetus for a memorial in Bundaberg originated with the local Soldiers' Reception Committee. On 15 May 1920, the foundation stone was laid by General Sir William Birdwood.

The base and column were created in Sydney, which may explain the use of trachyte, a material more commonly used for memorials in New South Wales than in Queensland.

The Bundaberg digger was imported from Italy and is constructed of Italian marble. The completed memorial, at a cost of £1,650 was the third most costly to be erected in Queensland. It is a major regional memorial and one of the two most intact digger memorials that remain in their original settings of intersections.(The other is located in Aramac). It is an unusual example of the work of F H Faircloth.

F H Faircloth was born in Maryborough in c1870. He was articled to Bundaberg architect Anton Hettrich before establishing his own practice in 1893. In 1894 he became an Associate of the Queensland Institute of Architecture, becoming a Fellow in 1899. Although he lived in Bundaberg the whole of his professional life he did not involve himself with the community, preferring to dedicate his life to his architecture. He was responsible for rebuilding much of the Childers Central Business District after the fire of 1902 and also for many substantial buildings in Bundaberg.

The masons, Anselm and Odling were a large firm that had agencies throughout Australia and in London and Italy. It is through these contacts that they were able to import Italian marble digger statues into Australia. They were extensive suppliers of masonry materials and were constantly in pursuit of memorial work. 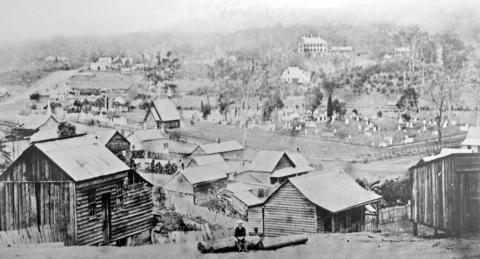