At 4.20 this afternoon a fire did considerable damage in Abbott Street. Hillman's mercery and tailoring establishment, and Roderick's Cafe were completely demolished. Frank Healy's shop suffered at the rear from fire and water, and Chiu Chong's permises suffered slightly from water.

The Bank of New South Wales on the northern side of Hillman's was threatened, and the contents of the building were removed to the street, but the building was saved.

Pictured just off centre in the image is the fountain unveiled in 1903 to commemorate Dr Edward Albert Koch, who died in 1901.

Malaria was endemic in Far North Queensland in the late 19th century, and Koch`s fever remedy and recognition of the role of mosquitos in the transmission of the disease were important to the settlement of the area. Dr Koch arrived in Cairns in 1884. As a result of the arrival of the Europeans and Chinese and their diseases, the eighties saw the greatest spread of tropical diseases in the north. Malaria was particularly prevalent, killing crews on ships and leaving men prostrate for days in the hospital.

The Equadorians knew that quinine was a cure for malaria and the knowledge had reached Europe by the seventeenth century. Dr Koch's celebrated fever mixture, still obtainable from a Cairns chemist in the 1970s, combined quinine with lemon juice. His prescription for daily ingestion, recommended its use not only as a treatment but also as a suppressive. Dr Koch also understood the role of the mosquito in carrying malaria, this being the time when climactic explanations for disease were being replaced by a notion that various organisms were responsible. 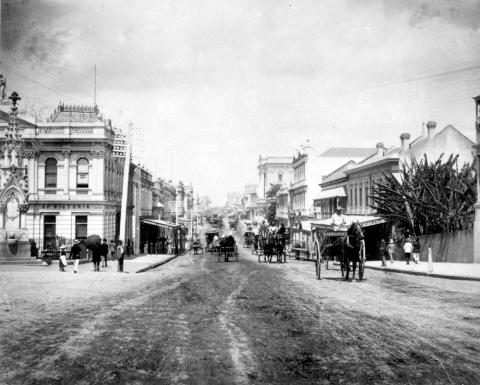