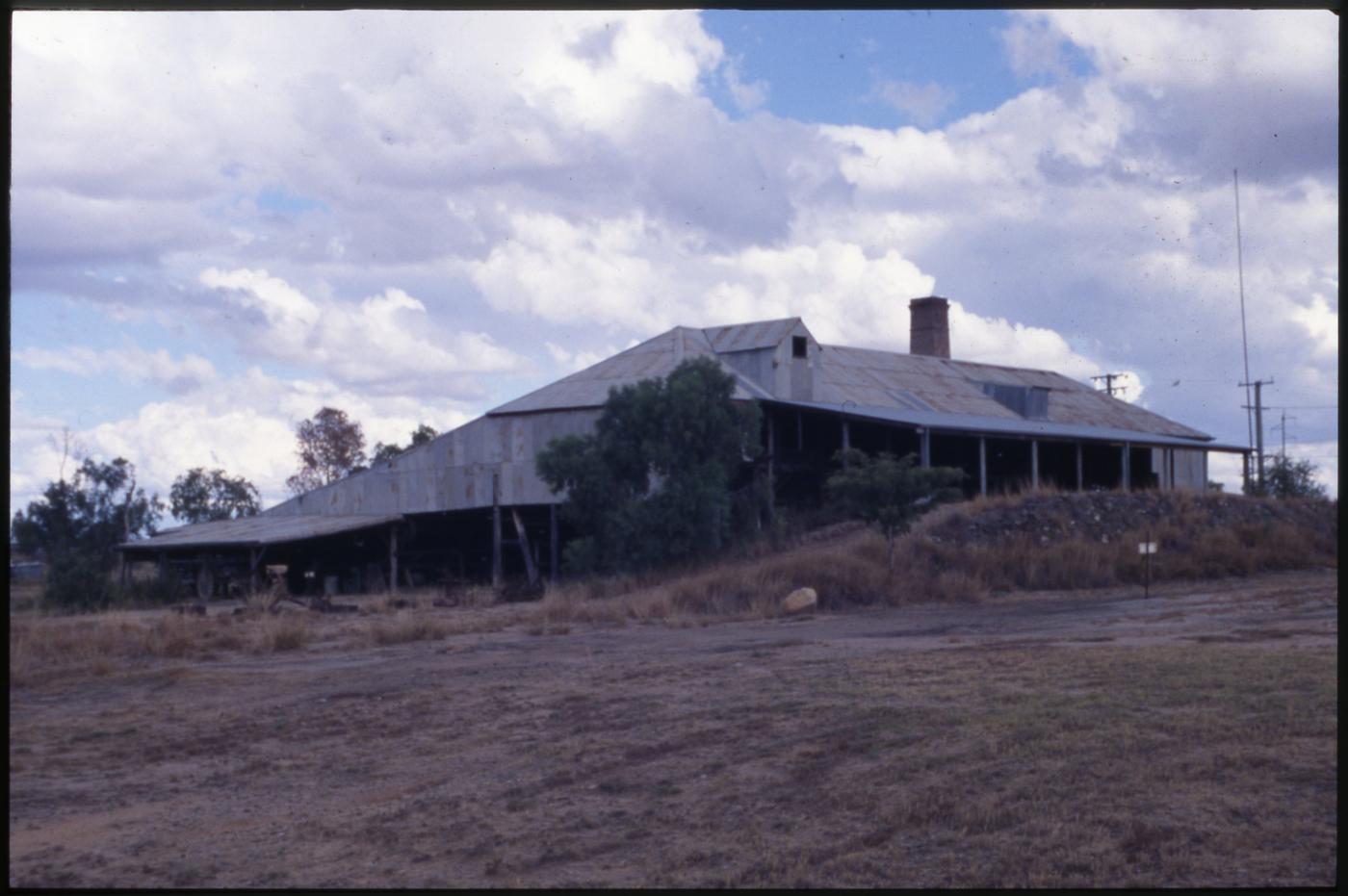 Sir.—'Will you please give me space to comment on the Venus State battery, as one of a party of three who happened to crush 3 tons 14 cwt. of stone on the 11th. It took 16 hours to crush that amount and it took until 8.30 p.m. on the 12th before we got our retort pot off. So that was two days. We were crushing with half a broken stamper foot, and the men in charge would not stop the stamps to find out what was wrong until the last hour, when Mr, B. Cavey came and assisted us. Now. a person takes a crushing there and is expected to pay 'full price for it and he is forced right through to do all his own work. Fancy a man handing you a lump of cyanide and telling you to get down and rub your own plates! If a "mug" went there; with a crushing and got that handed to him, e would be just as likely to smell it, or perhaps chew a lump out it, to see what it was. Now, after they are finished with your crushing at the stampers your trouble starts with the old pans. I don't think there is one sound pan in the whole mill. They are plugged with pieces of bag, and the grinders are worn. to a thread, If the Government say they have spent £1000 to make the Venus mill efficient, then God help the prospectors and the future of Charters Towers, I would like to see the Minister for Mines put a crushing through and stay and watch it and find out for himself. I have also noticed another thing that happens at this mill. If a "battler" comes in with a few tons and it looks poor stone, he gets very little attention, but if a chap has a good show on his plates, all the attention in the world is paid to him. At night time, when the shift knocks off, they just lock the gold up and all lights go out and the place is in pitch darkness. They could easily leave a couple of low-powered lights on all night. Charters Towers was the premier goldfield in the State, but less money is being spent here to bring it back to prosperity than any other field in Queensland. Money however, can be spent on bridges in cities and on harbors and non-productive schemes, and gold mines are left to combines to tie up a field, I have left 5 Inches of 15 dwt. stone and it can stay there while things go the way they we in Charters Towers. Thanking you to print this; it may help others to get a better spin.

The Venus was one of the earliest stamp batteries to be erected on the Charters Towers gold field as it was operating by July 1872. The first owners were Mr E.H.T. Plant and Mr G. Jackson. Bricks were made on site for its construction. Initially the mill processed ore from a deep lead to the south-east of Millchester. When first erected the battery had only five head of stamps, but a second five was quickly added, then a third five in August 1872 and a fourth five in September 1873 making 20 head of stamps.

By 1897 the battery was described in the North Queensland Register as having 20 head of stamps, 80 berdans, one wheeler, four settlers, three buddles, all driven by a 30h.p. engine. By this period the mill was owned by Messrs Whitehead, D. Rolleston and J. Tilley and managed by Mr J. Barrett. It was one of seventeen then operating on the Charters Towers gold field. (The term "mill" was commonly used on the Charters Towers gold field in the nineteenth century to refer to a stamper or crushing battery, and later the term included all the concentrating and processing works at the place.)

Although the Charters Towers reefs were exhausted by 1917, the town remained the centre for small mining operations which were serviced by the Venus Battery, which became a State owned battery from 1919. Ore came from as far away as Chillagoe, Woolgar River and Iron Range on Cape York.

There is reasonable evidence to indicate that the Venus battery changed quite dramatically some time before the State Government assumed ownership in November 1919; local residents date this at 1907. The number of stamps increased from 20 to 35 and the building was altered to accommodate the increase. The Inspector of Mines on 10 July 1919 stated that: "...the mill is very well laid out for public crushing, each of the seven batteries being a complete unit in themselves from the feed hoppers to the sand pits." (By 1982, this could be said of only two batteries of five head of stamps).

In 1935 only three batteries of stamps were working and No.2 boilers' brick foundation was crumbling. The Inspector of Mines stated that "a State Mill must be kept here even if it only averages 100 tons per month...the Venus has never yielded the Department any profit, in fact a steady loss on working expenses and no return on capital account". He proposed relocating the plant to the old Brilliant Extended Mill site alongside the railway station, which had advantages of a railway connection and cheaper power. However this did not happen.

In January 1941 a major flood damaged the weir and the Venus State Battery was to receive large scale repairs when crushing operations were suspended in 1942, presumably because of World War 2 disruptions. Electricity was installed in 1946 and the battery was updated and kept under repair. In May 1951 the cyanide plant was increased in size to its current configuration, although a new agitator was added in April 1954 to enable treatment of different quality ores from the Carrington mines at Liontown.

In December 1952 the roof above the old crusher had to be replaced because of white ant damage. In late 1958, five new stamps were ordered from the original suppliers, Walkers Brothers of Maryborough.

In 1971 the battery operated for only thirteen weeks. The Mines Department was concerned to preserve the historic value of the site and offered it to the Charters Towers City Council, who refused it. The National Trust of Queensland took over responsibility for the battery on 5 April 1975. 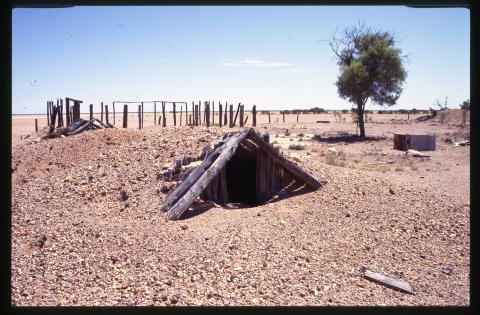 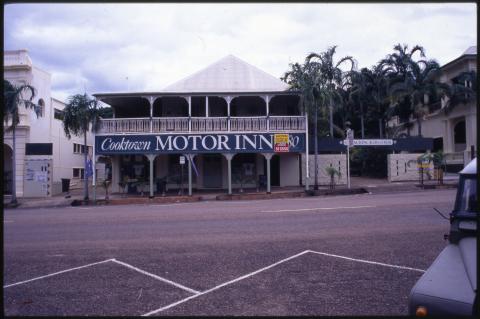 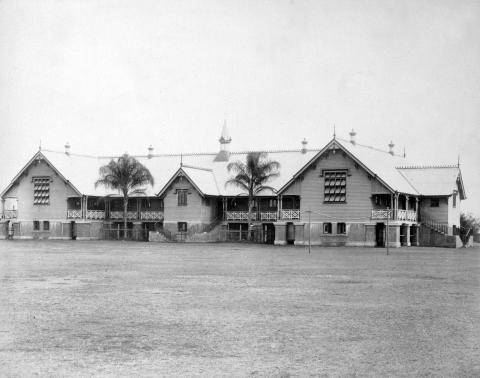