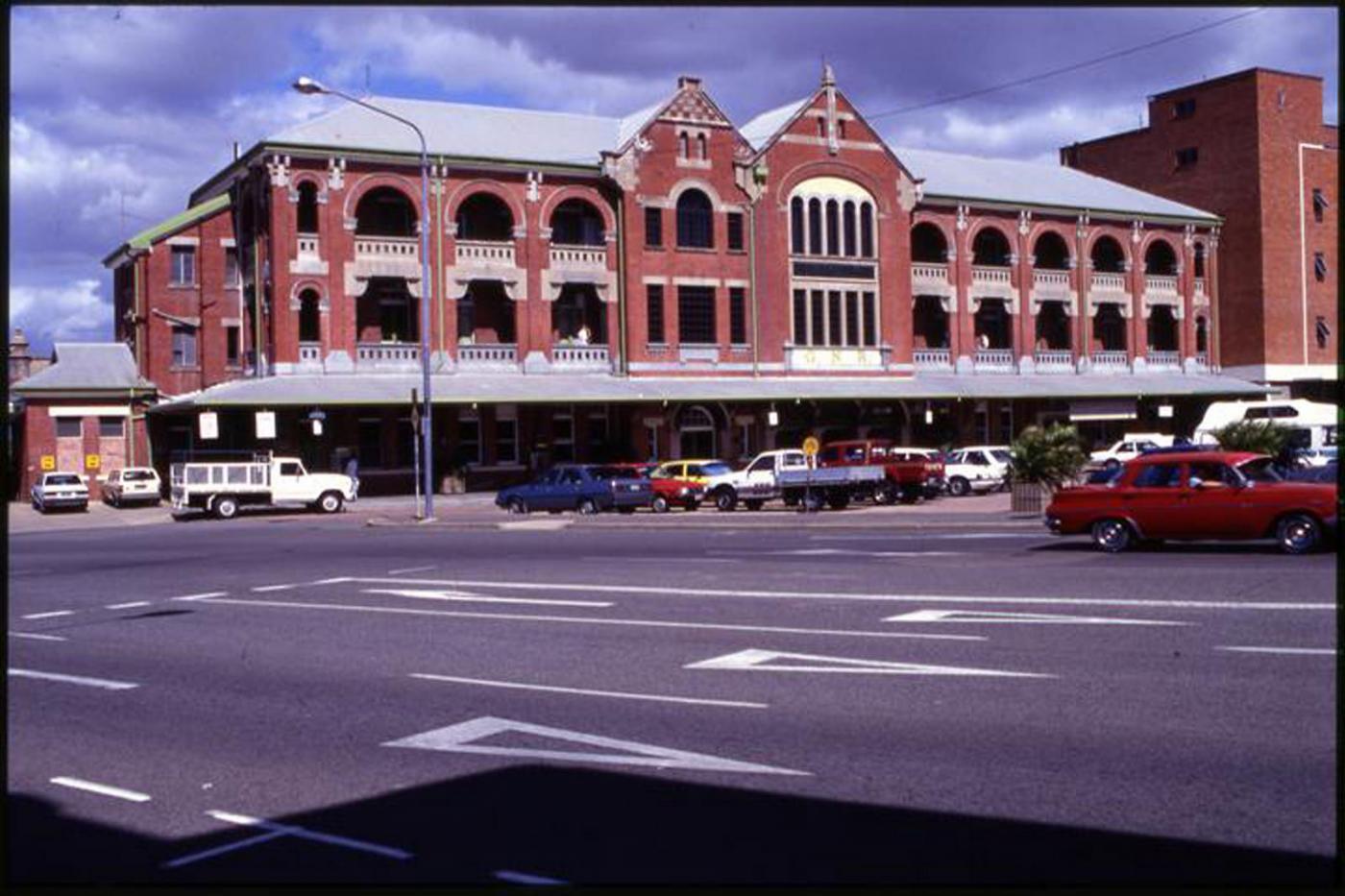 About 8.20 this morning an explosion of gas occurred on the first floor of the new railway station building. The explosion took place in a room occupied by Mr. Frawley, trains clerk, who, with a mechanic, was the only occupant of the room at the time.

It appears the bulk of the gas pipe had not been thoroughly tightened, and during the night gas accumulated between the metal ceiling and the flooring above. It is understood that a man was searching for a leak with a naked light, and this was the cause of the explosion. The whole of the Wunderlich ceiling of the room was torn down, the doors of the office were damaged, 42 panes of glass were shattered, and some of the glass fittings and windows were pulverised. Frawley was literally powdered with flying fragments, but apart from slight cuts on the head and arms he escaped injury. The other man escaped even more slightly than Frawley. The damage extended to between £50 and £100.

The first railway station, built in 1880, was located in Flinders Street near the corner of Jones Street, about three blocks west of the present station building. The original plan during the construction of the Townsville Railway was to locate the station near Magazine Island at the mouth of Ross Creek. The idea was revived when plans were being drawn up for a new station in 1910. Commercial interests backed the Mayor who argued that Ross Creek would cut off the railway terminus from the city centre. The community successfully partitioned the government to have the building located in Flinders Street between the town centre along Flinders Street and the busy business district at West End.

Construction of the new terminus for the Great Northern Railway commenced in 1910 and the building opened on 24 December 1913. Vincent Price, an architectural draftsman in the Railway Department, prepared the drawings. The new terminus was an impressive and imposing building, built in the tradition of the grand railway stations of the 19th century in Britain, Europe and the United States. The building, which initially served as the headquarters of the Great Northern Railway with the letters GNR prominently displayed on the facade, contained the offices of the general manager and ancillary staff.

Subsequent changes to Townsville Railway Station have included the replacement of a large metal carriage shade which extended over three tracks with a smaller cantilever awning in 1969. The corrugated, galvanised iron roof and front awning was also replaced. A four storey, brick extension on the western end of the building was constructed in 1965. The main foyer retains original finishes on floor and ceiling. A World War 1 roll of honour board is located in the foyer. The interior of the upper floors has been modified including the partitioning of large rooms into smaller offices. While the General Managers office was moved into the new building in 1965 the upper floors of the station continue to be used as administrative offices.

In 1997 some of the interior was refurbished, including the pressed metal ceilings in the toilets and other ground floor rooms. 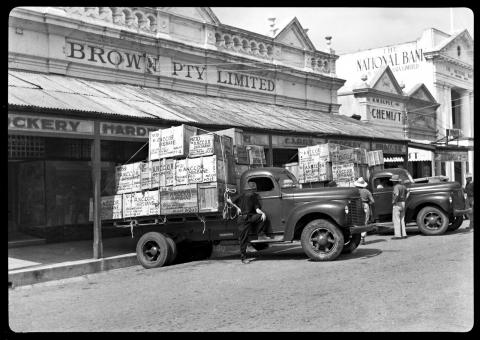