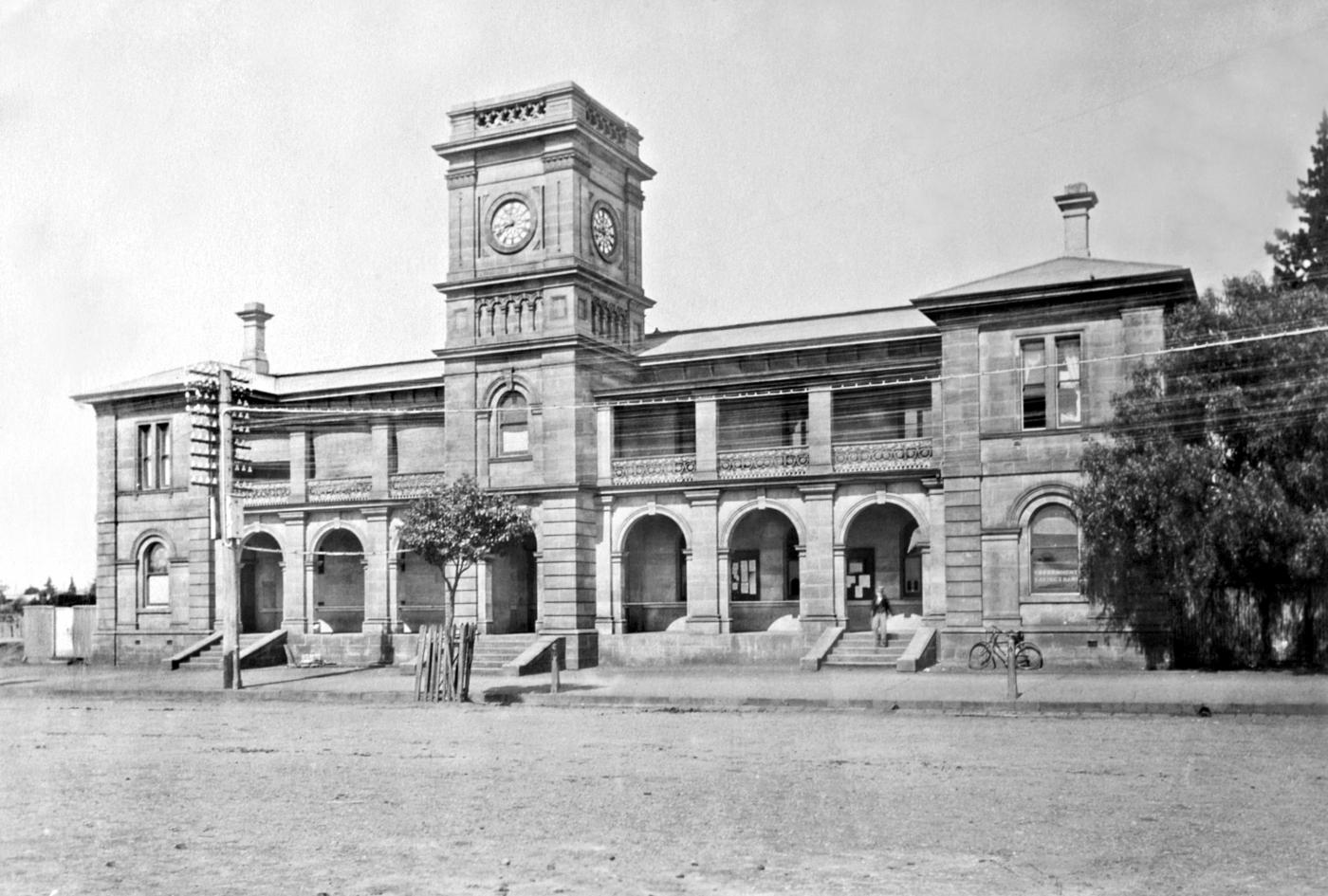 Post Office Clock. - For the past twenty-five years efforts have been made from time to time to have the Post Office clock illuminated at night, but the cost of installing and upkeep of the lights has been the cause of the project being shelved. On Tuesday night, however, the president of the Chamber of Commerce (Mr. H. Yeates) endeavoured to forward the scheme by submitting estimates of cost. Mr Yeates said he had approached the Electric Light Company, who had quoted £14 for the installation of lights and £2/5/ per month for the supply of current. This was considered by one member to be an unnecessary expense as the money could be used to better advantage in lighting some of the street crossings, which were a danger to the public. The matter was referred to the City Council, with a request that it should receive consideration.

The first postal service on the Darling Downs comprised a pack-horse mail service from Brisbane to Drayton in 1845, which was subsequently upgraded to a horse-drawn coach. By 1864 there were 42 mail services in Queensland, and the following year, Cobb and Co. were appointed the official carriers of the state's mail.

The first Electric Telegraph from Brisbane to Toowoomba was established in 1861 as part of the intercolonial route. Subsequent connections extended the line to Dalby, Roma, Charleville and the far north-east. Toowoomba was located at the junction of a number of telegraph routes and subsequently grew in importance. At this stage, the Telegraph office was located in a room in the 1865 Post Office on the corner of Ruthven and Russell Streets. The current Post Office replaced this structure to accommodate the need for both Post and Telegraph services.

Tenders for a new building to house both the Post and Telegraph offices adjacent to the new courthouse were called in 1877. The tender of John Gargett (also the contractor for the adjacent Court House and Mayor of Toowoomba) for £7250 was accepted. The original tender was for a building constructed of bond brick, however this was later altered to allow for the front tower and one wing (the Court House side) in cut stone at a new price of £8100. The stone used was pale yellow sandstone quarried from Highfields and was similar to that used in the construction of the courthouse, also quarried from Highfields. The new building opened in 1880, with delays due to wet weather, and provided separate facilities for each service, and residential quarters for both the Postmaster and Telegraph Officer. The contract for fitting up the clock was awarded to Mr Schoenle of Ipswich at a cost of £105.

Since its construction in 1878, the Toowoomba Post Office has undergone substantial alterations due to changes in communication technology. The original layout comprised a two storeyed front section with single storeyed rear wings forming a U-shaped structure. The ground floor housed the post office and quarters for the Postmaster on the western side, and the telegraph office and quarters for the Telegraph Officer on the eastern side. Additional residential rooms were housed in the front section of the first floor. In 1896, bathrooms were added to both Living Quarters. More substantial additions were made in 1899, when a new mail room and battery were added to the rear of the building and an additional level was constructed over the Telegraph Officer's Living Quarters.

Later additions were also carried out which included the re-arrangement of the ground floor layout and the partial enclosure of the arcade in 1905, and the construction of a new telephone exchange on the first floor over the former Postmaster quarters in 1908. At this stage, the Living Quarters were transformed into workshops and the entire first floor was altered to house the Telephone/Telegraph operations.

In 1960, the first of the newly developed cross bar automatic system in Australia was installed in the Post Office.

The most substantial alterations occurred in 1968 when much of the original fabric, including external cast iron balustrades, timber valances, chimneys and hearths, and 1904 glazing to arcades, was replaced or removed. Everything apart from the 1908 and 1915 telephone exchange sections were removed from the rear of the building and replaced with a flat roofed mail room and loading dock. Little work, apart from general maintenance has been completed since this stage.

Courtesy of the Queenslsand Heritage Register 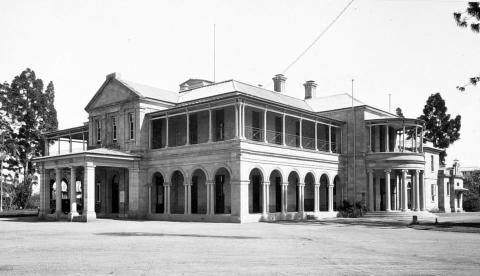