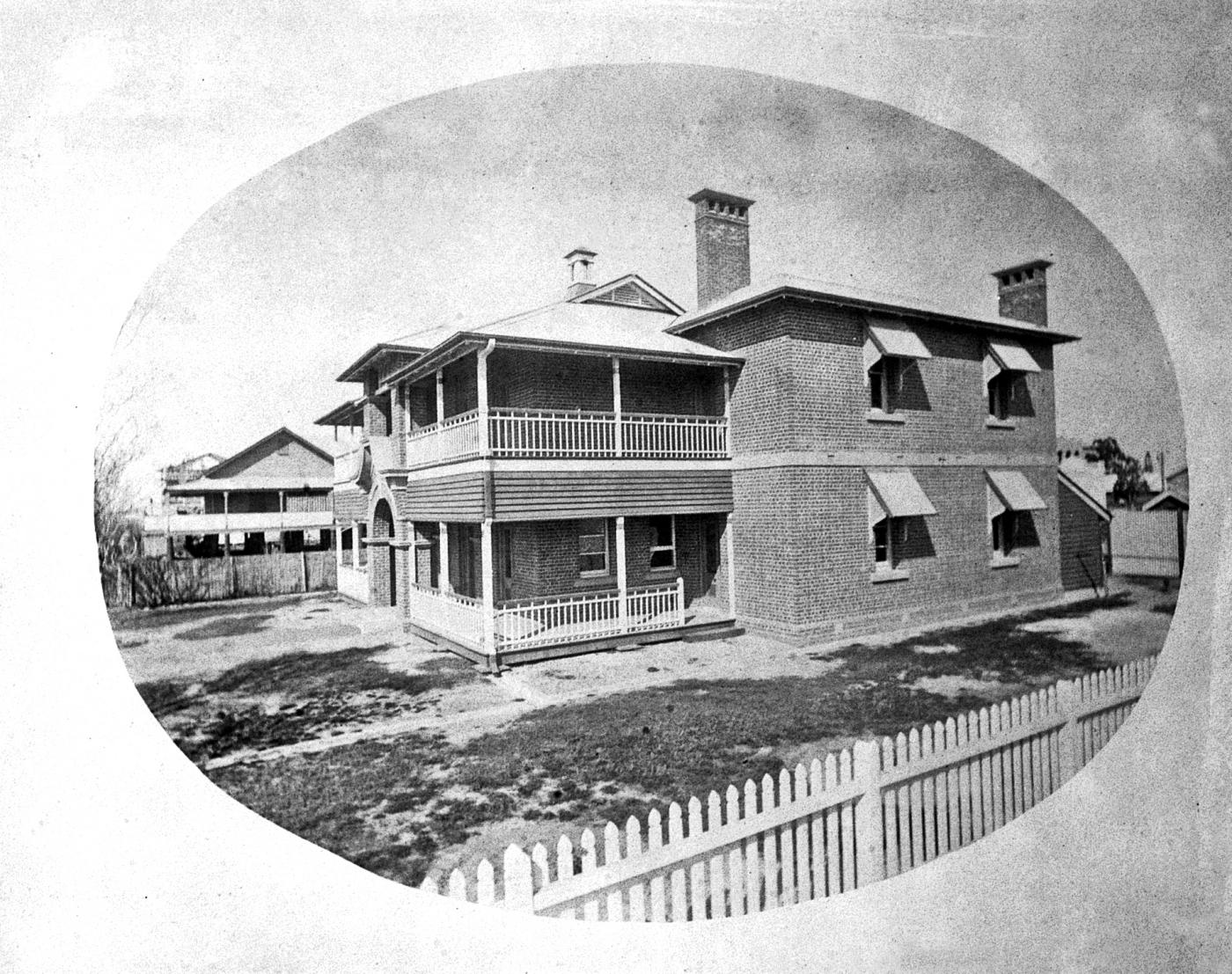 We have a building here called a lock-up, dismal looking enough to warrant the name, but perfectly harmless to the evil-doer. It is nothing but a shell, and was, I believe, left in its present state to allow the timber required for lining, flooring, etc., to season. I can assure the proper authorities that the timber is seasoned beautifully by this time, and if allowed to season much longer is likely to make excellent firewood. Why not finish the building? Not that we require such a place. Oh! no. We are too moral and virtuous for that; but what are we to do with obstreperous strangers?

The former Bundaberg Police Station Complex is located at the corner of Maryborough and Quay Streets and addresses Quay Street. The former Bundaberg Court House is a rendered masonry and timber building constructed between 1882 and 1884. The former lock up keepers quarters, a single-storeyed brick and timber building and the lockup, a single-storeyed L shaped brick building, were constructed in 1900 as part of a larger police complex that included the now demolished two storeyed brick Police Station.

In 1900 the police took occupation of the adjacent lots to the Bundaberg Court House, previously occupied by the Lands office and the Customs House and Bond Store. Police had occupied smaller accommodation adjacent to these sites, but separated from the court house. A grand two storey brick Police Station, a lock up keepers residence and cell block were built providing for the close spatial relationship between the dual arms of justice administration that regularly operated in police/court precincts throughout the state. This proximity facilitated the movement of prisoners between the remand centre and the court proceedings, enhancing security and reducing risk of problems for Police during the transfer form one justice venue to the other.

Since the inception of the police force in the nineteenth century, the police lived and worked within the boundary of the police reserve. The former Bundaberg Police Station Complex reflected the arrangement of the living and working conditions that still prevailed until the mid twentieth century. The location of barracks and other quarters on the same site as the police station provided an obvious law and order presence within the Bundaberg community at all times. This arrangement provided public access to the police force both day and night.