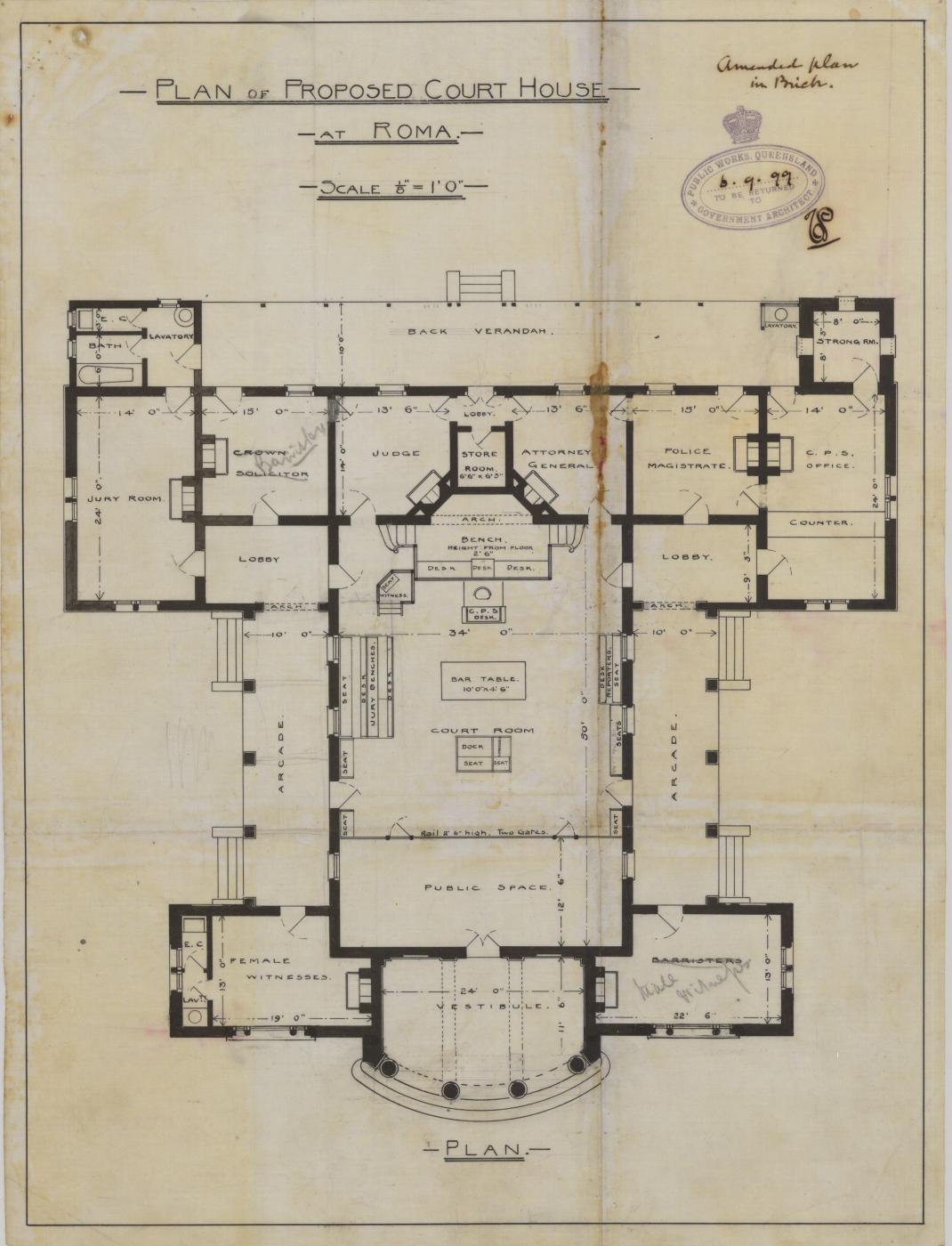 The Government Architect (Mr. A. B. Brady) has returned from a visit to Roma, where he inspected the new court-house now under erection there by Mr. James Renwick, at a cost of £6015. The building is of brick, plastered externally and internally. The external plastering is almost completed, and that internally is under way. The fencing is being erected, and the stables and ether buildings are under way.  The main building is completely roofed in, and, generally speaking, good progress has been made, while the work is of a very satisfactory character.  The building will be completed in. about two months. Altogether it will be a superior kind of structure. The courthouse is alluded to by the Attorney-General as one of the best in the State, and the accommodation for the Judge, jury, magistrates, clerk of petty sessions, and the barristers is excellent.

The Roma Court House was designed by John Smith Murdoch who at the time was the Second Assistant Architect, responsible for the designing and drafting staff, of the Queensland Department of Public Works. Murdoch arrived in Australia from Scotland, originally working in Melbourne. He began working for the Queensland Department of Public Works in the mid 1880s, leaving temporarily to practice privately with John Hall and Sons, before returning in the mid 1890s. Murdoch later went on to become the first Commonwealth Government Architect in 1919.

The original 1899 design for the new Court House was to be of timber, based on a H shaped design. However, the township of Roma demanded a court house that reflected the Western Districts' growth in population, economic importance and political power. The community thought a grand architectural gesture more appropriate than the planned building. The plans were altered to accommodate brick, thought to be more substantial and lasting. The laying of the foundation stone was performed in a ceremony by the Mayor of Roma, Alderman J.M. Hunter on 4 September 1900. The building was completed in December 1901 for a cost of £5964.

The new court house was built along side the old, allowing the legal and police activities to continue during construction. After the 1866 building was vacated by the court in 1902, it was converted to constables quarters and was finally removed from the site in 1931.

The major consideration in the design and planning of the 1900-01 Court House was the allowance for the correct movement of people in the building and the separation of the different groups involved in the judicial process. The verandahs and arcades allowed for specific delineated entrances to the buildings. Jurors and barristers entered the court house by an alternative route to the public on their way to the public spaces. Judges and the Attorney General had a private entrance and lobby via the rear verandah. The Police Magistrate and barristers could also access their rooms from this verandah. The prisoners would be brought directly from the police cells to the court room through the side arcade door. The separate female and male witness rooms, were located at the front of the Court House to avoid hearing previous evidence before making their testimony.

With consideration for the harsh western climate a detailed and technical ventilation system was constructed in the Roma Court House. Conventional cast iron wall ventilators were combined with Tobin's Tubes to carry cool air from beneath the building into the court room. Boyles roof ventilation using an air pump ventilator, connected by an iron shaft to a bell mouth over a ceiling ventilator, extracted the hot air from the building. Fireplaces were incorporated to provide heating in the winter. 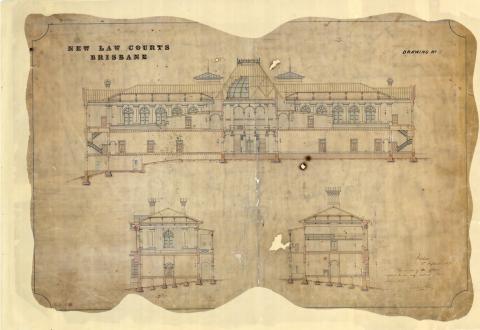 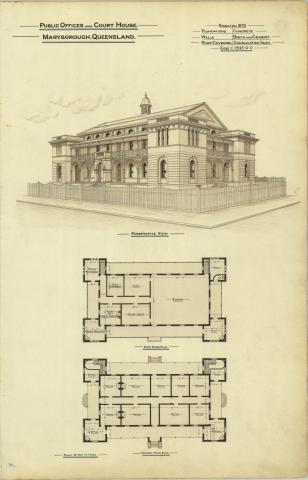