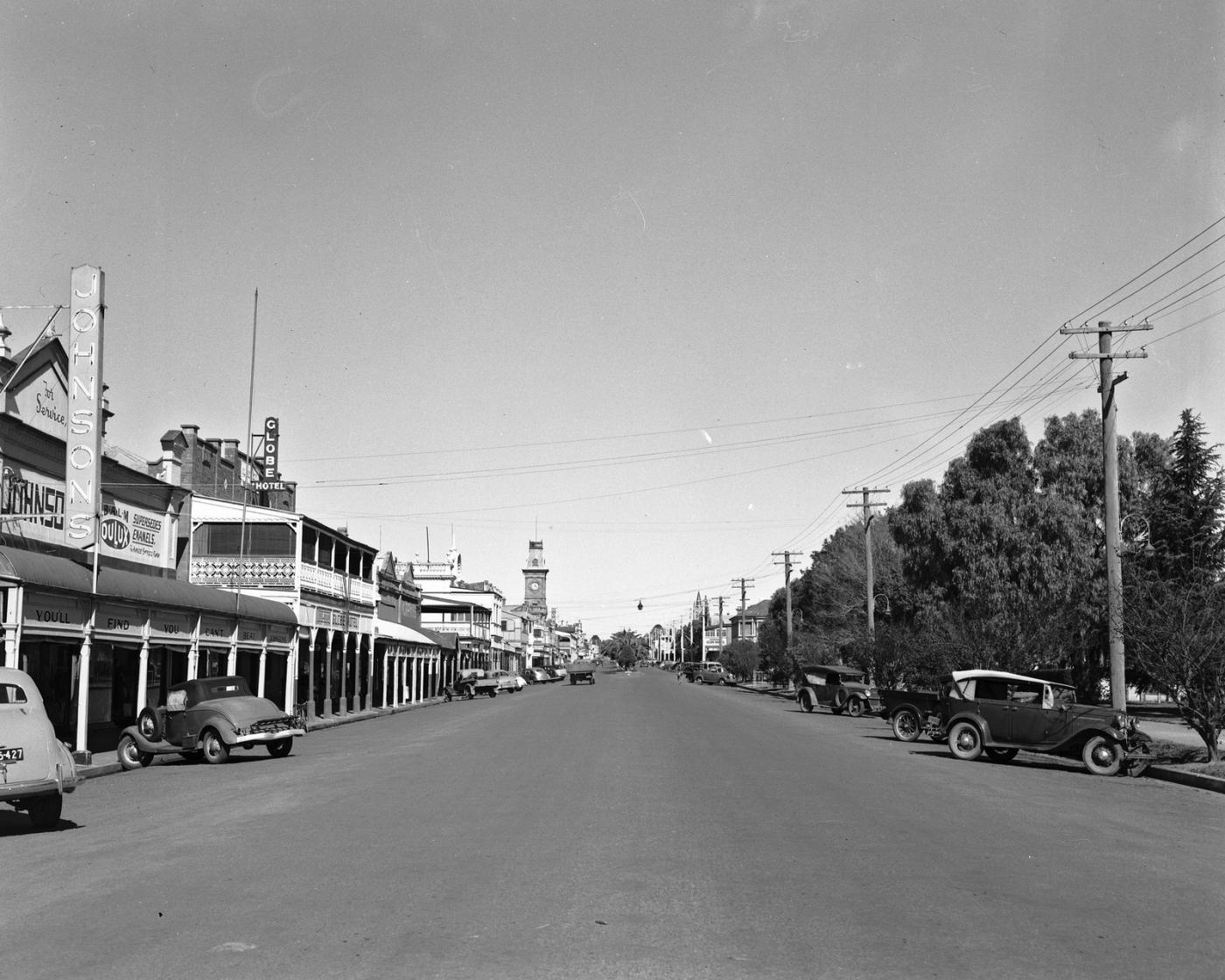 A colourful cavalcade of gaily-caparisoned horses, superbly ridden by riders known throughout Australia for their prowess in the saddle, clattered along Palmerin street from the Showgrounds to Queen's Park yesterday afternoon, and served as a curtain-raiser for to-day's opening of the War-wick Rodeo.

Unfortunately, owing to a misunderstanding as to rendezvous on the part of the Cunningham Rangers, they were not in their appointed place at the head of the parade when it left the Showgrounds, but followed after the main body had already passed through the city.

The parade was led by two pioneering rodeo competitors of Australia. Mr Lance Skuthorpe, sen., of Sydney, rode Bonnie, and Mr Jim Stewart, of Allora; was on Max.

As the parade passed the Byrnes Memorial, Mr Greg Canavan broadcast a running description of the riders, their horses, and their achievements.

Bringing Mr Canavan to the microphone, Mr Ned Portley, honorary organiser of the Rodeo, told the onlookers that if they cast their eyes to the south they would observe that the Warwick Rodeo of 1949 was under way. From now until the Camp Fire Ball concluded on Monday night, it would be a period athrob with the carnival atmosphere.

Assembled in Warwick, said Mr Portley, were Australia's great-est lady and gentlemen riders and with them were the country's greatest stock horses.1

He invited all who wished to witness the judging of several classes at the Queen's Park arena.

With Mr Portley were Mr C. E. Barnes (president of the Eastern Downs H. and A. Association): and Mr W. N. Lees (chairman).

The scene at Queen's Park was more spectacular, in number and colour. Many lady competitors had previously arrived by car and changed on the spot, and even the horses seemed to put on an added glamour in their more natural surroundings.

Assisting Mr U. E. Parry-Okeden and Mr J. J, Pierce in the judging of the various sections was Mr Jim Williams. All three conceded that they had had difficult task in discriminating.

Commenting upon the entrants Mr Parry-Okeden said that the hacks were of a big and good class, and it was one of the best turn-outs of stock that he had seen for some time.

He also adjudicated In the section for the most colourful costume worn by a female, and said he had been almost blinded by the dazzle of colour and the smartness of the turn-outs.

Mr Pierce was particularly impressed with the quality of the ponies, He sald that there was no doubt that ponies of such quality would inevitably bring an extremely good price in the south.

He had experienced great difficulty in discriminating between the entrants in the best equipped stockman section. In each case, the equipment carried by the entrant was excellent and he had found it most hard to find a line of demarcation.

Mr Lance Skuthorpe, jun., the noted buckjumping exponent who Is at present at the Warwick Rodeo as a visitor said that if this was the quality of horseflesh and horsemanship which Warwick could produce, then Warwick could quite easily hold its head with any other show in the Common-wealth.

The antics of three clowns and their trained ponies caused much mirth among the audience which had followed on to Queen's Park. 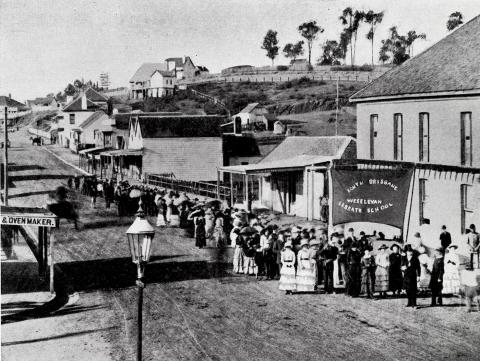