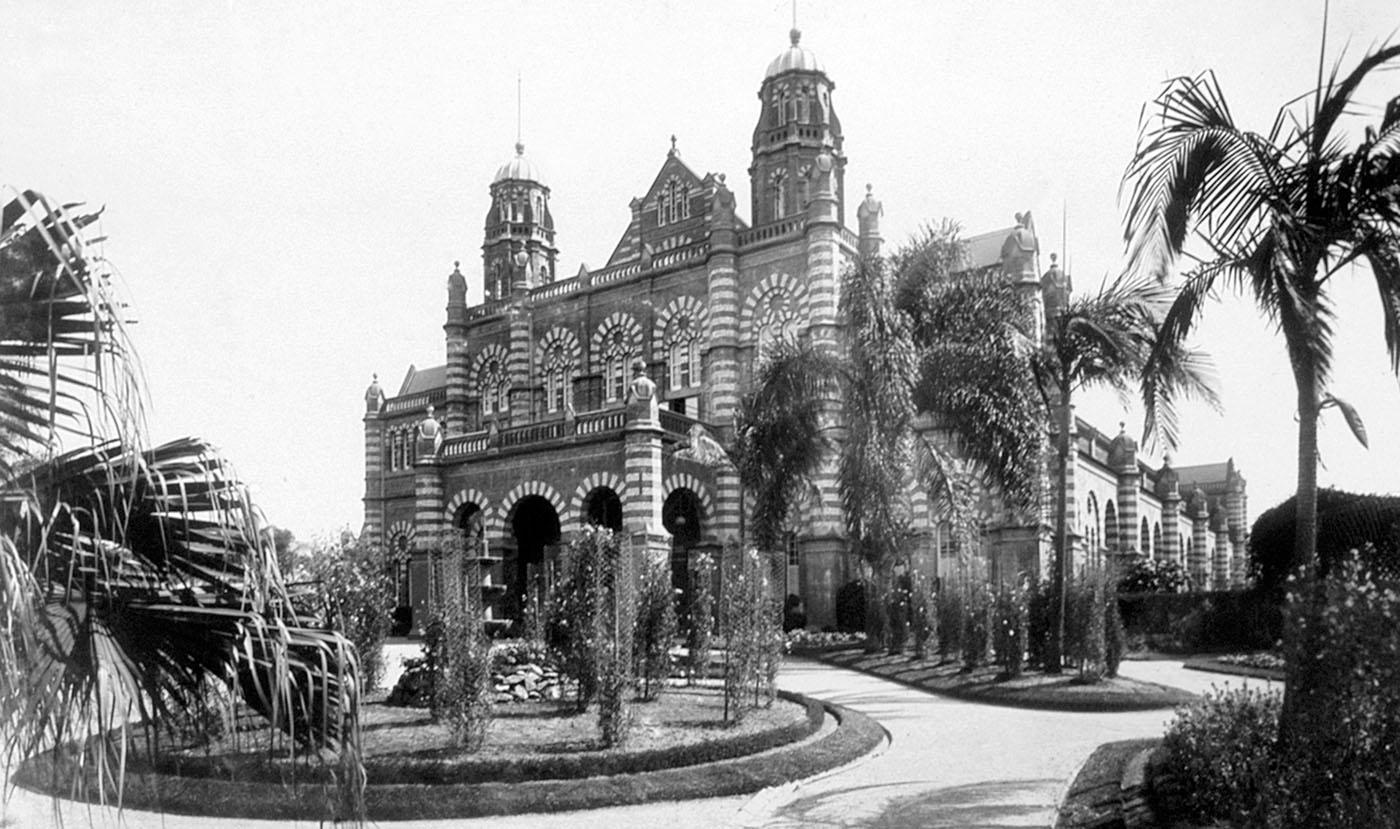 One of the strongest animals for its size in the world is how Mr. Heber A. Longman (Director of the Queensland Museum) describes the native porcupine or echidna, several specimens of which have recently been captured in Brisbane suburbs and subsequently transferred to the cage at the Museum.

Whether these animals have found their way to the suburbs naturally or have escaped from cages is not known; but it is known that these interesting, spiny creatures are master diggers, and the foundation of a cage has to be extremely hard and solid before they will submit to being prisoners.

Echidnas are adapted for burrowing and they use the specialised claws on their short, strong legs more cleverly than a gardener uses a spade. In soft ground they dig so rapidly that they almost seem to sink out of sight, and even hard ground fails to stop their going under quickly. If stones are in the way they tear them up or push them away, and it is on record that a large animal imprisoned in in a box, the lid of which was weighed down with a 201b. stone, lifted the lid and escaped. They have also been known to climb the wire netting of cages.

A number of people about Brisbane, said Mr. Longman, have attempted to keep the animals as pets, but they have occasionally escaped and defied capture by rolling themselves into a menacing sphere of spines. The only way to catch echidnas with any degree of safety is to tackle it from behind. If the hind leg is grabbed firmly and the animal lifted quickly from the ground there is little risk of the spines piercing the hand.

Some years ago, a chemist in Brisbane placed a native porcupine in his window as an advertisement. During the day the animal submitted to the indignity of being displayed in a shop window, but during the night or early morning it contrived to escape, and in its wandering about the shop it knocked hundreds of bottles from shelves. When the chemist opened his shop for business that morning he was confronted with a horrible mixture of chemicals and broken bottles. The animal defied capture and the chemist frantically telephoned to the museum for assistance, and the little animal was taken away in disgrace and placed in a pen where he could not do damage.

Among the first Europeans to use the site now bounded by Bowen Bridge Road, O'Connell Terrace, Brookes Street and Gregory Terrace, was by the Acclimatisation Society of Queensland in 1863. The Society used the site to grow and propagate the plants and seeds sent from other parts of the colony and around the world. They built an office and boardroom, bush-house and glasshouse, and had an orchard and gardens for decorative plants. Various introduced animals were kept and grazed on the site. It seems the plantings were extensive and quickly developed - by 1871 the Society's garden was seen as a place of public institution and recreation. In 1887 the creek in the lower area, where the railway now runs, was damned to form a series of decorative ponds. The Society played an important role in the beginnings of commercial agriculture in Queensland, and introduced or trialed many crops including mango trees, ginger plants, sugar cane, olive trees and choco vines.

As Brisbane developed, the Society's grounds came under some pressure from other prospective users. In 1875, 23 acres of land was leased as an exhibition ground to the Queensland National Agricultural and Industrial Association. Brisbane's first Exhibition Building was opened at the junction of Gregory Terrace and Bowen Bridge Road on 22 August 1876. When the timber building was destroyed by fire in June 1888, a competition was immediately organised to design a more permanent Exhibition Building on the same site. The competition was held and prizes were awarded, however a new building did not immediately proceed. Financial difficulties and the possibility of importing a prefabricated building from England delayed the project until 1890. The passing of the National Association and Acclimatisation Society Act in 1890 legally allowed the National Association to become owners of the land they occupied and also empowered them to borrow money from the Government to erect its new building.

The original design competition had been won by the architect GHM Addison, who proposed a building estimated to cost around £20 000. Amendments to the original brief meant that in 1890 the new Exhibition Building was redesigned by Addison and a T-shaped building, accommodating an exhibition hall, concert hall and basement dining room was built.

The foundation stone was laid on 25 April 1891 and the entire building was expeditiously completed by August of the same year. The building was built of brick with a corrugated iron roof. The glazed bricks were locally manufactured by James Campbell, who also produced the terracotta elements. The roof framing and iron were imported from England. The Concert Hall occupied the shaft section of the T shaped building with the Exhibition Hall located at the top. On the northern side of the Exhibition Hall was a colonnaded verandah, with access to the hall through french doors. Half the area beneath the Exhibition Hall was a large open dining room with an adjacent kitchen. The basement was built of dark glazed bricks with the upper walls being red and cream bricks. Both the Exhibition Hall and the Concert Hall had projecting porte cocheres - the Concert Hall one decorated with terracotta tiles. An openwork terracotta parapet ran along the tops of the brick walls, punctuated by the caps of abutments that ran up the walls. The principal facades of the Exhibition and Concert Halls were each marked by a pair of towers.

Addison's original drawings show a brick boundary wall topped by metal railing, with densely planted shrubberies behind the wall. However this treatment of the grounds did not immediately proceed and the surroundings remained in a fairly undeveloped state until plans for the grounds were prepared in 1897 by Leslie G. Corrie, architect for the Queensland International Exhibition. These plans showed a formal layout of carriage drive, pathways, shrubbery, flower beds and a fountain. Bush houses abutting and extending from the northern side of the Exhibition Building framed and terminated the avenue approach from the exhibition grounds. The main entrance remained from Bowen Bridge Road with the carriage drive running in front of the Concert Hall porte cochere, around into the porte cochere of the Exhibition Hall then curving out to the gate on Gregory Terrace. Shrubberies existed along Bowen Bridge Road and Gregory Terrace between the fence and drives. A formal arrangement of grass-edged flower beds, with a fountain as the centrepiece of one, were laid out within the curve of the carriage drive.

Records indicate that the National Association continued to experience financial problems following the erection of the new building. In 1897 the responsibility of repaying the government loan, combined with the depressed economic conditions of the 1890s, caused the Association to go into liquidation and the government to take over ownership of the building.

In 1900 the Brisbane City Council, following the purchase of the Concert Hall's purpose built organ, leased the hall from the Government and organised a program of regular concerts and civic functions. At the same time, the Queensland Museum decided to move to and adapt the Exhibition Hall for a museum, after twenty years in a comparatively smaller purpose built building in William Street. Tenders for altering the Exhibition Hall into a museum were called in March 1899 and involved the construction of a gallery within the main hall, addition of a line of windows in the main northern wall to light the new gallery and modifications to the basement dining room to provide offices, preparation and storage spaces. The boundary wall and fence along Bowen Bridge Road and Gregory Terrace were completed soon after and the grounds around the building were developed as an ornamental strolling garden. From 1897 to 1929 John Jordan, Curator of the Museum Gardens, is thought to have played an important role in the design and development of the grounds. Photographs from the period show the gardens as well established, with a layout and planting character recognisable as very similar to that existing today.

In 1930, following the opening of its City Hall auditorium, the Brisbane City Council vacated the Concert Hall and the space was converted to an art gallery. Further alterations involving the enclosure of the Museum's porte cochere were also carried at this time. The space was occupied until 1974 when the collection was moved to a temporary location in the city while a purpose built gallery was completed on the South Bank precinct. The Queensland Museum then expanded into the space and remained in the building until 1987 when they also moved to the South Bank precinct.

Several outbuildings have been constructed in the Old Museum grounds, particularly during the 1960's. The main ones are:

- A bomb shelter, built of brick during World War 2

- The conservation buildings, built of stud construction in the 1960s and 70s

- The education building, built of brick in the 1970s

- The demountable building, put up in the 1970s

Since the Queensland Museum moved out of the building, it has been the temporary home of the Queensland Youth Orchestra, the Restaurant and Caterers Association and various other short term activities. Only minor changes have been made to the building to accommodate these uses. 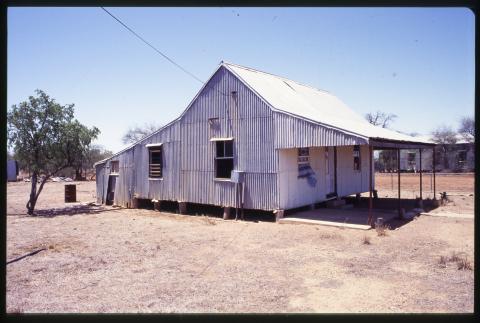 A House in McKinlay