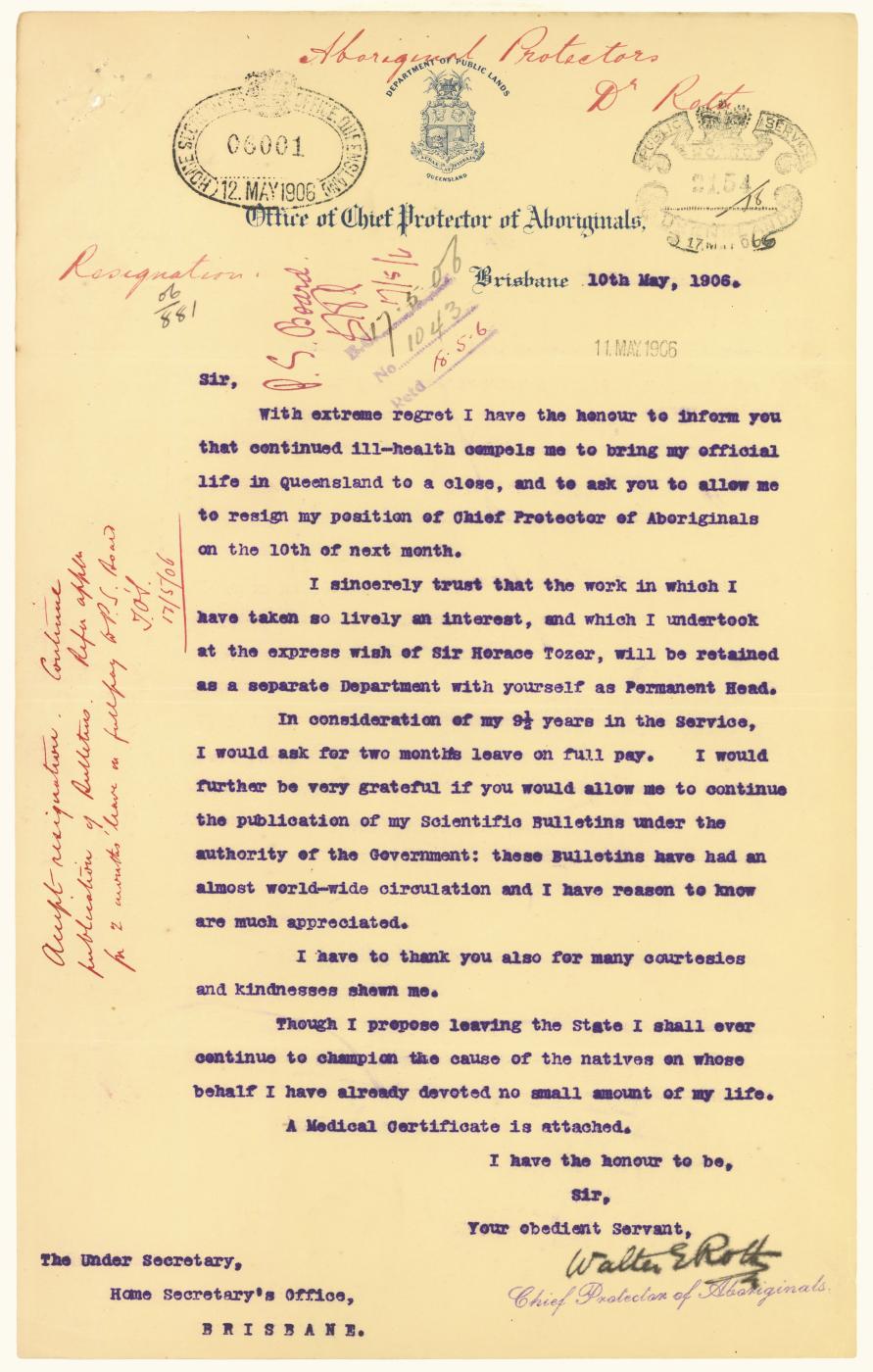 An English-born medical practitioner who developed an interest in the Aboriginal people while living in north-western during the late 1890s, Walter Roth made valuable contributions to Australian anthropology. After establishing an international reputation with his pioneering work, Ethnological Studies Among North-West Central Queensland Aborigines in 1897, Roth was appointed ’s first Northern Protector of Aboriginals. Unlike his southern counterpart, Archibald Meston, Roth was reluctant to forcibly remove Indigenous people to government reserves and missions. Following the dismissal of Meston in 1904, Roth became Chief Protector of Aboriginals, and during the same year he headed a Western Australian Royal Commission investigating the condition of Aboriginal people in the north of that State. His genuine concern for the Indigenous people aroused the indignation of many Europeans throughout northern , including a number of influential politicians, who petitioned for his dismissal in 1905. A subsequent parliamentary inquiry exonerated Roth from any wrongdoing, but with his stance on Indigenous issues constantly under attack, Roth finally resigned from his position in May 1906. He spent the remainder of his life in British Guiana (now ), where he was instrumental in drafting legislation for the protection of that colony’s Indigenous people. Among Roth’s numerous publications were 18 ethnographic bulletins compiled during his terms as Aboriginal Protector in . 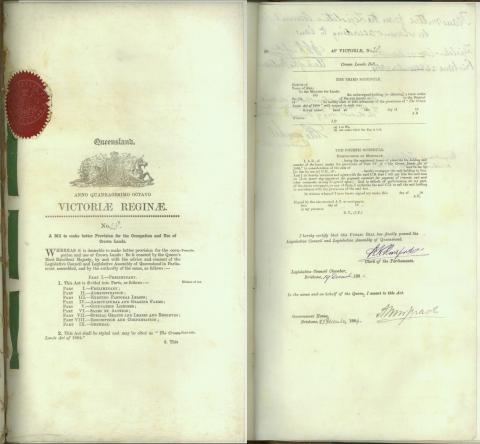