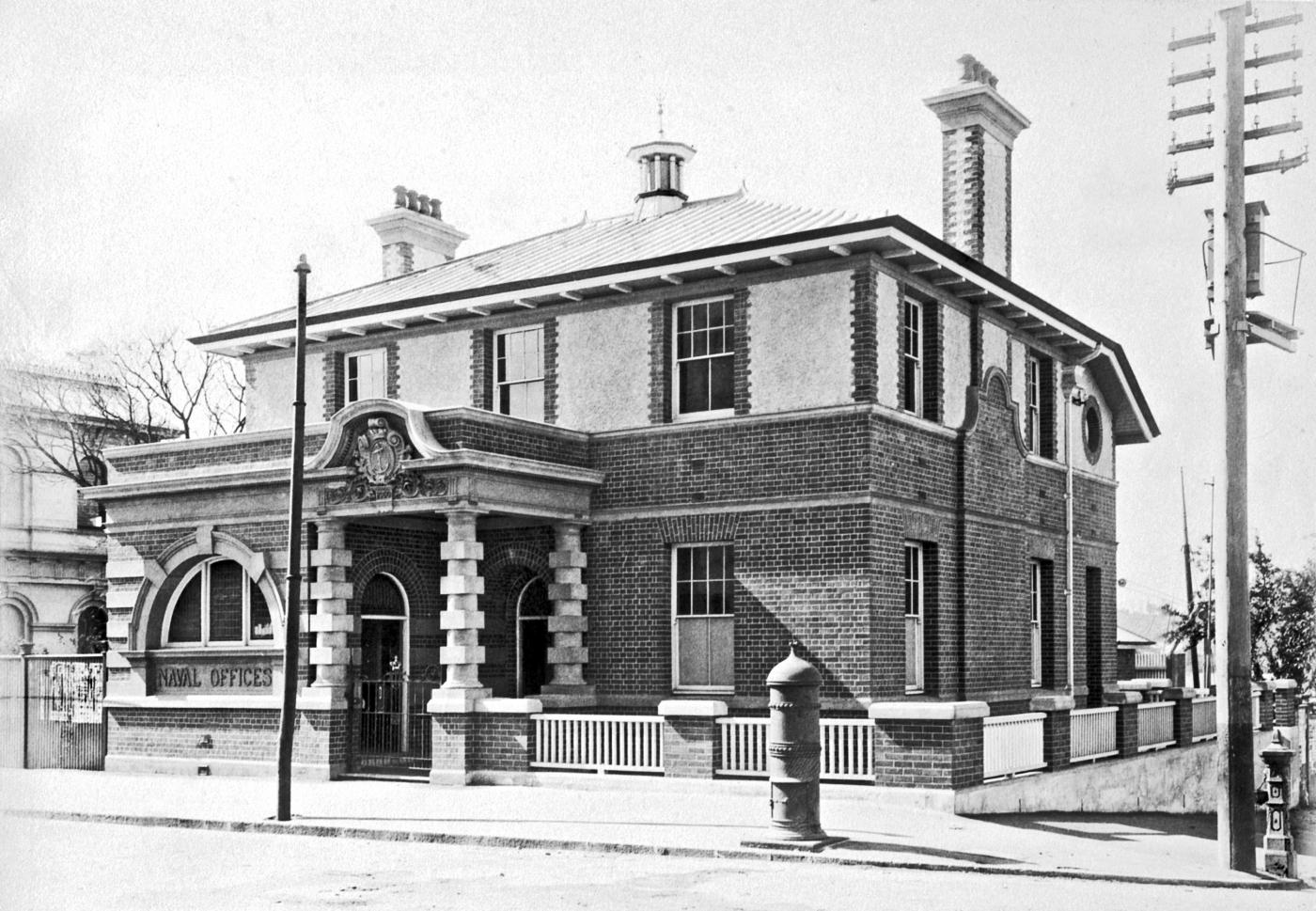 The Naval Commandant will Ieave next Monday morning to meet Captain Creswell, Director of Naval Forces, at Rockhampton. The Director will inspect the forces at that place, and also at Bundaberg and Maryborough, arriving back in Bris-bane on or about December 11.

Saturday being the anniversary of the birthday of her Majesty Queen Alexandra, H.M,A.S. Gayundah will be dressed with flags, rainbow fashion.

On December 8 the Naval Forces, Brisbane (including Cadets) will muster at Naval Office at 3 p.m., and headed by the Naval Headquarters Band, will march through the streets to Victoria Park. After being put through battalion and company drill they will return by the same route, and be dismissed outside the Naval Office.

On Saturday, December 15, the Brisbane Division of the Naval Force will be inspected by Captain Creswell, Director of Naval Forces. The gunboats and torpedo boats will be manned, and the crews of the former will be exercised at various stations and boat exercise, while the torpedo craft will exercise with Whitehead torpedoes.

The brick former Naval Offices at 3 Edward Street in Brisbane was constructed in 1900-01 by the Queensland Department of Public Works as the first purpose-built headquarters for naval forces in Queensland. Built for the Queensland Marine Defence Force (QMDF), it was soon used by the Australian Commonwealth Navy (ACN). It was transferred to Commonwealth ownership in 1911 and was used by the Royal Australian Navy (RAN).

By 1896, the old Port Office used by the QMDF was in a poor state and the foundations, inundated during the 1893 floods, were settling and causing wall cracks. On 1 August 1899 the QMDF's Staff Paymaster, Edward Vincent Pollock, also complained that the roof was leaking water onto his paperwork. Later that month £1500 was allocated by the Department of Public Works for the construction of new offices.

In May 1900 it was decided by Queensland's new Naval Commandant, Captain William Rooke Creswell, that the new offices would replace the cottage of the Marine Department's messenger/caretaker at the corner of Edward and Alice Streets. Tenders were invited in late August and the cottage was demolished.

Plans for the new Naval Offices were approved by AB Brady, the Government Architect within the Department of Public Works (DPW), on 14 September 1900, but since he was trained as an engineer it is unlikely to be his design. The DPW employed a number of accomplished architects at this time and the work could be attributed to Thomas Pye (First Assistant Architect from July 1899), John Smith Murdoch (Second Assistant Architect from 1 July 1899), or George David Payne (Temporary Draughtsman 1898-1901). Pye supervised larger works, while Murdoch took charge of the designing and drafting staff.

The tender of James Mason of Brisbane of £1845/17/6 for the Brisbane Naval Offices was accepted in October 1900, and the building was completed by late June 1901. ‘The Queenslander' reported on 16 November 1901 that the building's facing bricks were dark-brown, relieved with cement dressings and rough-cast work. The roof was covered with rolled galvanised iron. The Annual Report for DPW to 30 June 1901 (where the Naval Offices was listed under principal works completed during the year) mentioned internal fittings of pine and cedar. No other Australian colony built naval offices in this period, just prior to Federation and the transfer of defence assets. Queensland may have done so to ensure the continued use of Brisbane by the Commonwealth Navy.

As a naval headquarters, the building was designed with spaces for the senior naval officers and their administrative staff, along with a strong room for the Staff Paymaster. The original ground floor plan included an entry porch off Edward Street, with double doors leading north-west into a public space which was separated by a counter from the Clerk's office. There was also a set of double doors leading north-east into a vestibule between the front offices, and onwards into a central hall. To the rear of the Clerk's Office was the Paymaster's Office, which included a projecting strong room at the rear of the building. The right front (southern) office was for the Commandant, while the right rear (eastern) office was for the Officer of the Naval Corps. Each had a fireplace.

Behind the Naval Corp's office was the separate Brigade Entrance. From this entrance the ground floor rear verandah could be accessed, as well as a stairway up to a landing from which people could either descend to the ground floor offices, or continue up to the first floor. The latter was a large open space used as an Orderly (Administrative) Room, with four fireplaces and a small lavatory and store at the right rear (eastern) corner. This space may have been later partitioned for sleeping quarters and offices. The 1900 plans do not show the ventilation fleche which was present on the roof when the building was finished. This fleche was removed by the mid 1980s, and was replicated in the 1990s. 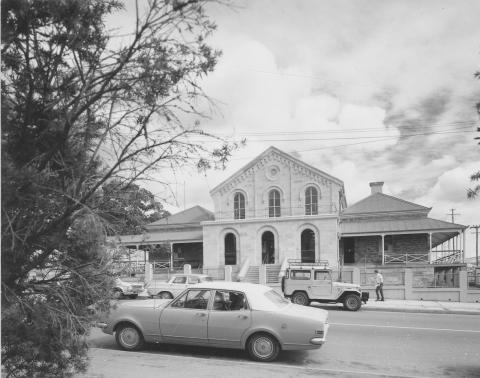