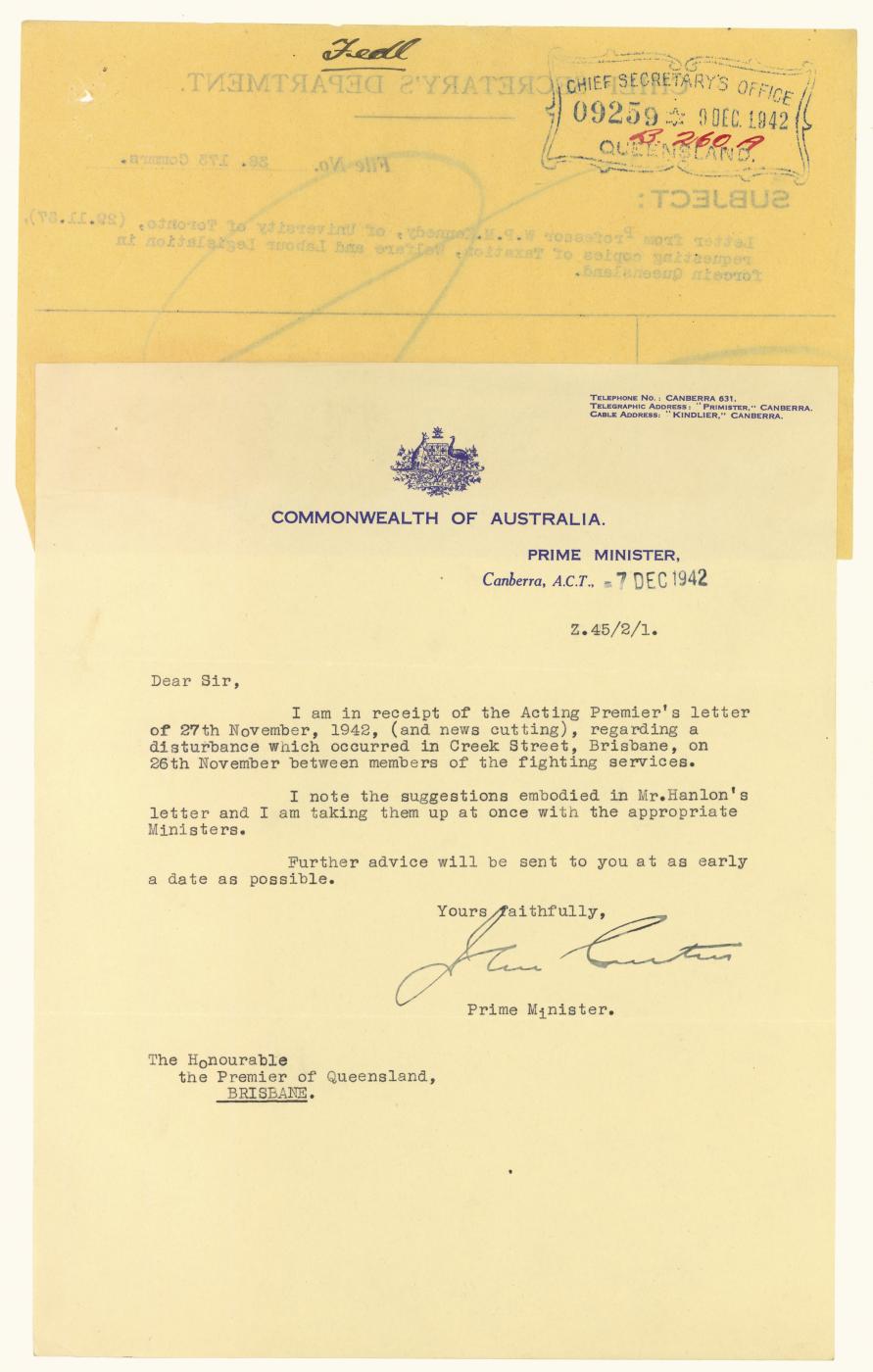 Six servicemen were shot, one fatally, a civilian was wounded by a bullet, and two other soldiers were injured when servicemen rioted at the corner of Creek and Adelaide Street last night. The disturbance began when military police attempted to take a soldier in charge. Other soldiers are alleged to have interfered, and they claimed that one of their number was struck with a baton. Soldiers tried to force an entry into a canteen. Police were called from all station and off leave, and the Police Commissioner took charge. The shooting occurred when soldiers rushed military police carrying riot guns while they were on duty outside a canteen. One soldier, wounded in the chest, died in a military hospital. Those wounded were: Private Kenneth Christopher Henkel, bullet wound in right cheek and left forearm. Private Ian Tieman, 19, punctured wound on the right side of the chest. Private Frank Corrie, 25, bullet in left thigh. Joseph Hanlon, 38, single, Brunswick Street, Valley, gunshot wound in right leg. Private Richard Ledson, 35, single, compound fracture left ankle, gunshot wound left thigh, gunshot wound left hand, and shock. Private Walter Maidment, 18, single, punctured wound, and bullet embedded in right leg. Private Edward French, 37, married, laceration on head and shock. Private Ronald Cameron, 30, single, laceration on back on head.

Ledson and Tieman are seriously ill in a military hospital.

The disturbance lasted for three hours. Pieces of timber and stones were hurled at the canteen windows, smashing the glass. Civil and military ambulances treated the wounded and took them to hospital. A number of soldiers were taken into custody by military police. Early in the brawl the fire engines and the fire chief were called, and the crowd, expecting that the firemen were going to turn the hoses on them, broke quickly, but the firemen returned to the station.

Following the entry of the United States of America into World War II after the Japanese attack on Pearl Harbour, Australia became the main base for an Allied offensive in the south-west Pacific. During the war more than one million Americans passed through Brisbane on their way to the Pacific battlefields, their influence leaving an indelible mark on Australian culture. In the early stages of the war, however, the American influence had a somewhat different effect. Well before their arrival, Australian troops were fighting and dying in the formidable jungles of Papua New Guinea, and it was with only minimal American assistance that Australian militiamen and Royal Australian Air Force pilots repulsed Japanese forces at Milne Bay. On the homefront another pattern was emerging. Many Australian women were drawn to American troops through their exotic accents, higher pay, access to scarce commodities, and cultured manners. Rumours of liaisons between the Americans and Australian women filtered through to the front-line, where it was reinforced by remarkably accurate Japanese propaganda. Resentment by Australians troops on leave led to numerous fights and disturbances between the two Allied forces, occasionally with fatal results. The most serious incident occurred in Brisbane on 26-27 November 1942, when an Australian private was killed and seven others wounded by American military police. The infamous ‘Battle of Brisbane’, as it came to be called, sparked concerns which reached to the highest political level as it was perceived as having the potential to irreparably destroy future working relations between the two Allied forces. Strict censorship dictated otherwise. 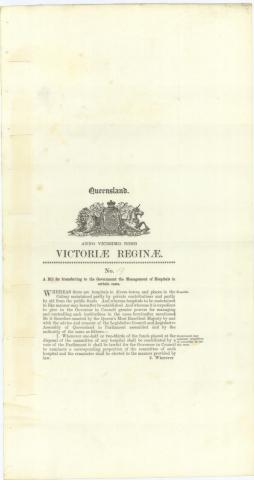