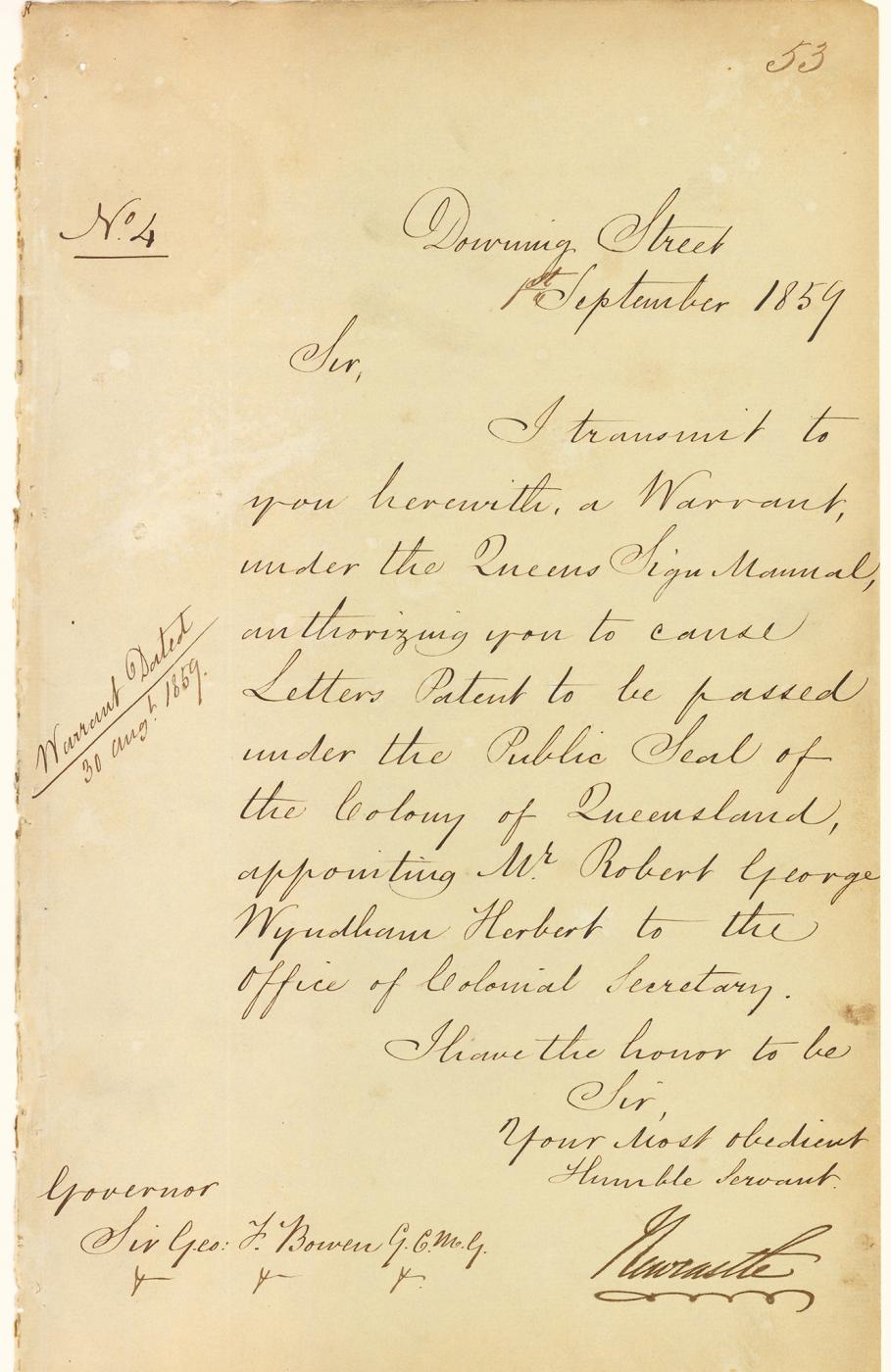 The death is announced of Sir Robert George Wyndham Herbert, aged 74 years. Sir Robert G. W. Herbert was born at Brighton on the 12th June, 1831. He was admitted to the Bar at the Inner Temple in 1858. Having been secretary to Mr. Gladstone, when Chancellor of the Exchequer, in 1855, he emigrated to Australia, and going to Queensland he became in March, 1859, Colonial Secretary of that colony after its separation from New South Wales, sitting in the first Legislative Assembly for Leichardt, and becoming the first Premier of Queensland.

His administration lasted till February, 1866, Mr. Herbert holding the additional position of Acting Colonial Treasurer from October, 1864. He was again Premier without portfolio for a few days in July and August of the year 1866. Returning to England, he was one of the assistant secretaries to the Board of Trade, from 1868 to February 1870, when he was appointed Assistant Under Secretary for the Colonies, and in February, 1892, after over twenty years' service, he resigned that important post. At the same time he resigned the secretary-ship of the Order of St. Michael and St. George, which he had held since 1877. Mr. Herbert was created Knight Commander of the Bath in 1892. He was Agent General for Tasmania from 1893 to 1896, and has lately been chairman of Mr. Chamberlain's Tariff Reform Commission.

Queensland's first Premier was born in Sussex, England, on 12 June 1831. A member of the lower aristocracy, Sir Robert George Wyndham Herbert was well connected and in 1855 was appointed Private Secretary to William Gladstone, then Chancellor of the Exchequer. Qualifying as a lawyer in 1858, Herbert preferred a career in the Colonial Office and his family connections assisted in his appointment as Sir George Ferguson Bowen's Private Secretary after Bowen was appointed first Governor of Queensland.

It was expected that Herbert would also become the first Colonial Secretary until a Legislative Assembly was elected in May 1860, but by then he had gained sufficient support to continue as Premier. As such he saw the implementation of Queensland's first legislative Acts and, although fundamentally a conservative, Herbert had the ability to alter his stance according to public opinion.

Resigning as Premier in February 1866, he was recalled by Bowen when Queensland experienced a severe economic crisis a few months later. Having steered the government through the worst of its problems, Herbert resigned again in August and departed for England. He remained as Under Secretary for the Colonies from 1871 to 1892. 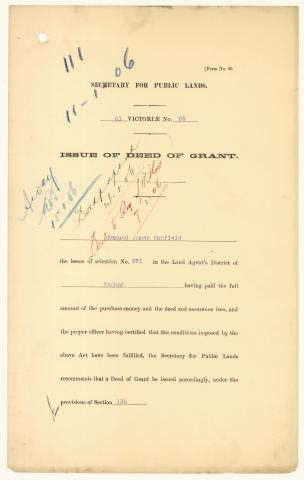 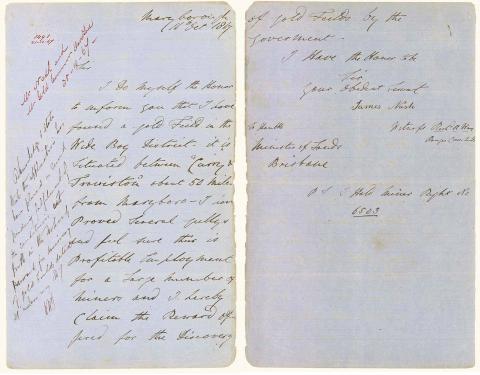 James Nash's announcement of gold a…