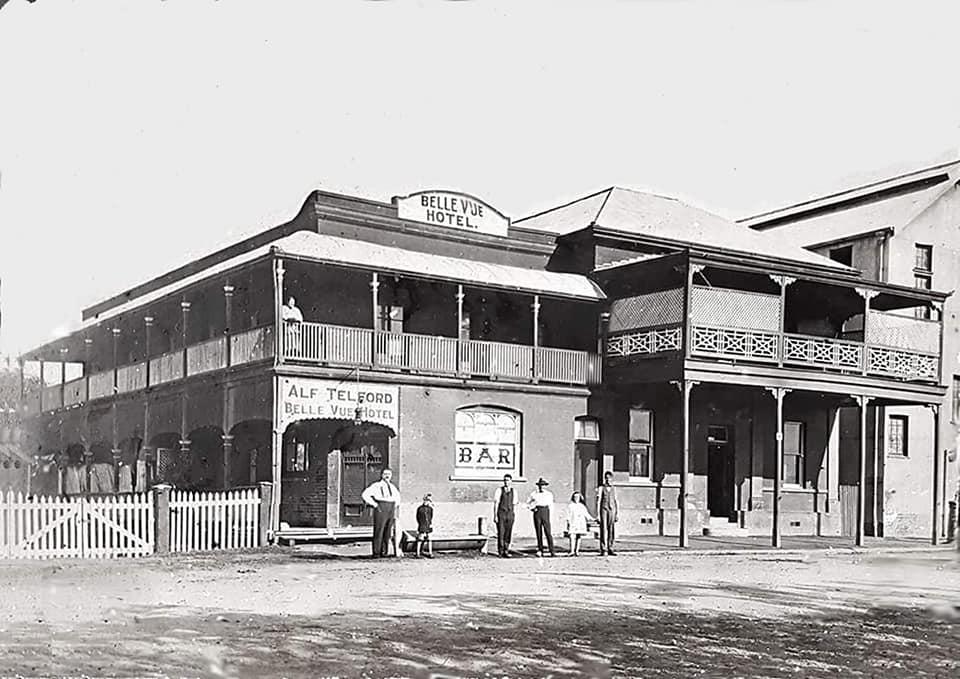 Located on what is now Quay Street, Rockhampton, in February 1879 - "the spacious two-story brick building on the river bank familiarly known as the 'Turkish Baths',  has been named the "Belle Vue Private Hotel," and opened by Mr. Harry Johnson as a boarding establishment."

A little of the Hotel's history, compiled by Ann Gaskell

Rosa Constance Boyce held the license from May 1888 to April 1891.
During that time she made improvements to the building.

February 1889 - The Belle Vue Hotel. — Amongst many other buildings where repairs, alterations, additions, and improvements have manifested themselves during recent days, the Belle Vue Hotel at Quay-street, commands particular attention. The somewhat ancient structure of a year or so ago, has now given place to a commodious family residence, at which every possible requirement is provided. The building now contains no less than 28 well furnished and airy bedrooms, both single, and double, two lengthy and splendidly ventilated dining rooms, and six lounge or sitting rooms. Bath rooms, &c., are conveniently and liberally scattered about, whilst the music rooms go far to add a lustre to the entire arrangements. The table too is a special feature of the Belle Vue and should of itself command particular attention. Indeed, we cannot speak too highly of Mrs. Boyce's management nor do more than concur with the verdict so freely expressed by all who have enjoyed the by no means expensive luxuries attendant upon a stay at this hotel.

*May 1891 - Rosa Constance Boyce applied to transfer the Belle Vue Hotel to Mary Robins Williams, a widow with one child. She had held a license before at Alpha Royal Hotel for 12 months.

*Alfred Morgan held the License of the Belle Vue from May 1901 To October 1901.
The License Of The Bellevue Was Transferred To James Knott 2nd October 1901.

*James Knott held the license from October 1901 to May 1910. The license was transferred to Margaret Jane Felstead.

*Margaret Jane Felstead held the licence from May 1910 to July 1912. License was transferred to Elizabeth Donlan.

*Elizabeth Donlan held the license from July 1912 to March 1913. The license was transferred to Alfred Telford 21 April 1913. 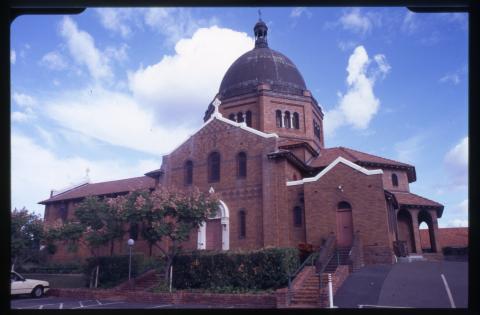