Jupiters gets official nod for casino

BRISBANE: The Gold Coast casino operator Jupiters Limited has been chosen as the preferred applicant for the new Brisbane casino.

It would be awarded the licence formally in 1994 if it complied with all government requirements, the Queensland Treasurer, Keith De Lacy, said yesterday.

A special meeting of state Cabinet decided yesterday also that the casino should be incorporated into the old Treasury building in George Street, a heritage-listed property built in 1888.

Jupiters was in competition with two other short-listed consortiums, one involving the US group Hurrah's and the other called Pacific Casinos.

Trading in Jupiters stock was suspended on the Australian Stock Exchange yesterday morning pending the announcement, to reduce share speculation.

The development plans outlined take in the equivalent of three city blocks — the Treasury Building, Queens Park and the old Lands Administration building.

Queens Park is to be "lifted" to allow construction of a five-storey underground car park, then restored as a park. The 1905 Lands Administration building will be refurbished and restored as a 115-room hotel.

Mr De Lacy said the refurbished Treasury building would contain a 102-table, 220-machine casino, a six-star, 54-suite hotel plus dining and other facilities for the general public.

This four-storeyed masonry government office building was erected between 1901 and 1905. Initially intended as offices for the Lands and Survey Departments, it was finished and occupied in 1905 as the Executive Building, accommodating both the Lands and Survey Departments and offices of the Premier and Executive Council. It is the most prominent Brisbane example of state building activity associated with the economic recovery of the late 1890s, and with the colony's newly federated status.

In 1898-99 plans were prepared under the supervision of chief architect Thomas Pye of the government architect's office. Special provisions for the Lands Department included Minister's offices, drafting rooms, photographic and heliographic rooms, and a Land Court. With the inclusion of offices for the Executive Council and Cabinet, a separate entrance in George Street was designed for ministerial access.

A £2,900 contract for site preparation and foundations was commenced in 1899, and in 1901 the principal construction contract for £141,000 was let to Brisbane builder Arthur Midson.

The use of expanded metal lathing as a re-enforcement to the concrete floors and ceilings was amongst the earliest application of such technology in Australia, and was a first in Queensland.

The building was symbolic of state pride and achievement, and was seen as a showcase for Queensland materials. Granite used as the base course and plinth was obtained from Enoggera and Mount Crosby. Brown freestone from Helidon was used to face the outer walls, and freestone from Yangan near Warwick was used on the colonnade walls. The decorative carving to the facades, completed during 1903-04, included in the northwestern elevation an allegorical group representing Queensland mining and agriculture, carved by New South Wales sculptor WP MacIntosh to a design by Thomas Pye. The mantelpieces were constructed of a variety of Queensland timbers (maple, cedar, black bean and silky oak) representing the state's timber resources. Allegorical stained glass highlighted the rural nature of the Queensland economy.

The Queensland National Art Gallery occupied a purpose-designed room the length of the third floor above George Street from 1905 until 1930.

Both Executive Council and Cabinet met in the building from 1905 until 1971, when new offices were constructed at 100 George Street. Since then the former Executive Building has been known as the Land Administration Building. 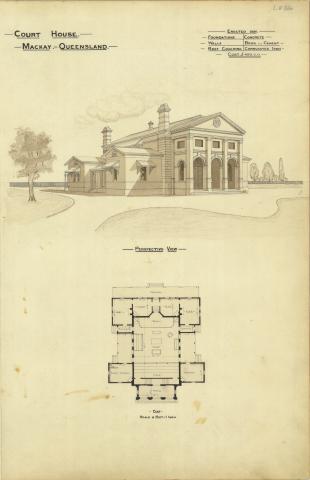 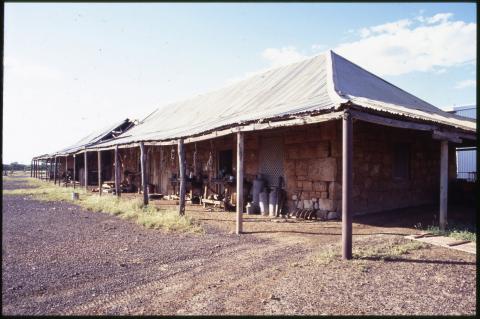 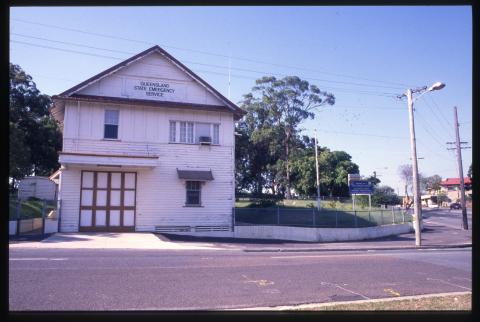