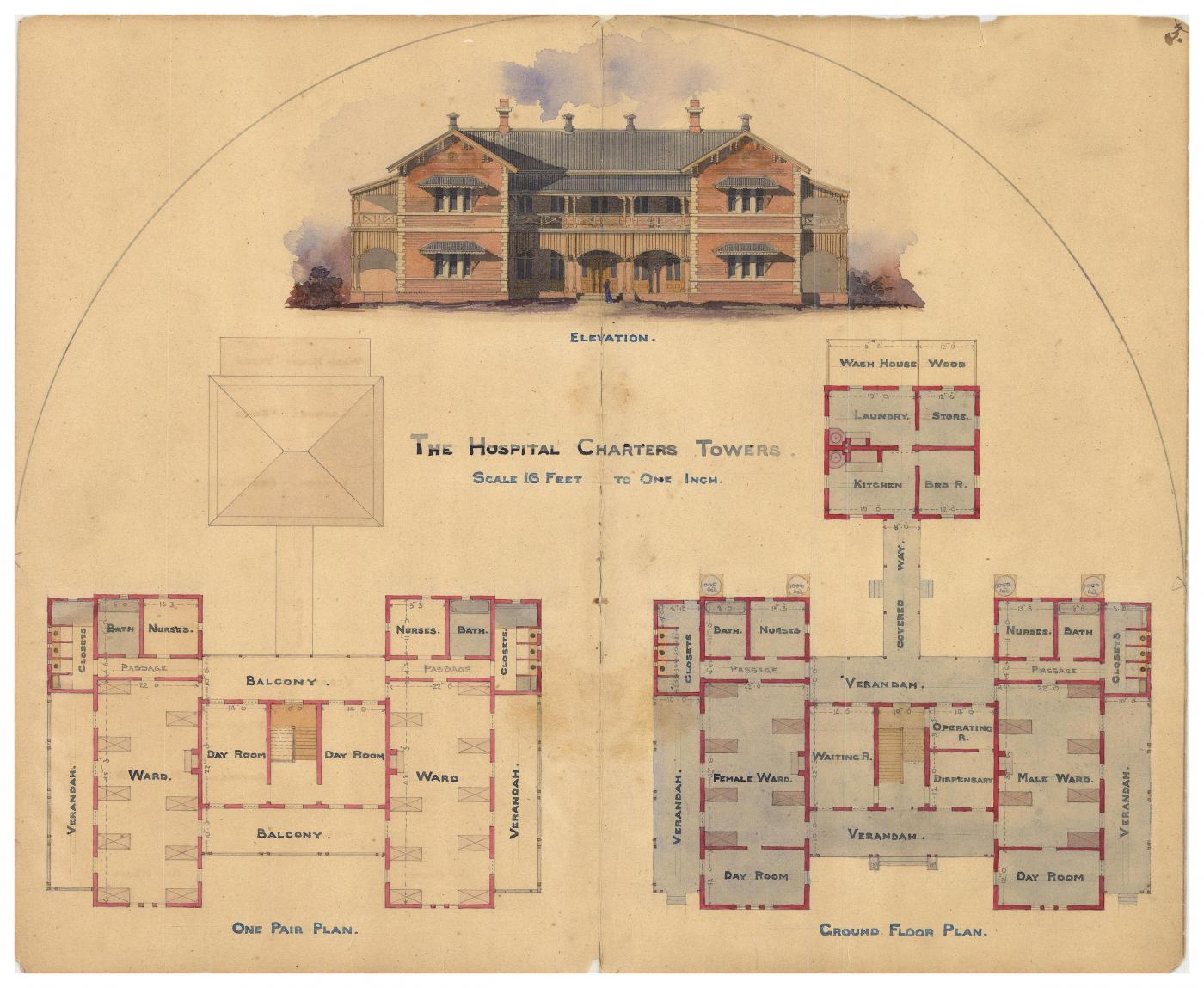 [...] The hospital is the only Government building here which is worthy of illustration, other Government buildings consisting mostly of wretched wooden edifices, which are a disgrace to the place. The Police and Warden's Courts are of brick, but they are low walled edifices of the prison cell kind of architecture, so much affected by Government architects. The first premises used for an hospital on Charters Towers were built of saplings and bark, and stood on a corner somewhere near where Mr. R. Russell's auction mart now stands. It is now about 19 years since the institution was established, but about a couple of years afterwards the present excellent site was chosen.

At first the buildings were temporary wooden structures, one of which was called the Williams' Ward, being built by money left by a Mr. Williams, a miner who had experienced the benefits of the institution. [...] In olden days one querulous lot of committee-men did take exception to the fact that the liquor bill for one month, with only four patients, was 9 10s, but these little things were not allowed to seriously endanger the harmony of the occasion.

THE formal opening of the new hospital took place yesterday afternoon in the presence of a large number of people and school children. The band assisted at the opening and played several selections in very good style, sacred and profane - hymns and circus tunes. Mr. Buckland, in the absence of the President, Mr Lissner, declared the new hospital opened. He said the total cost of erection was £6,915, of this sum the Government voted £6000 and the remainder was made up locally. It would yet require £1,350 for fittings and furniture. and the Government had already promised to place £1000 for that purpose on the estimator. The total revenue for the current year from all sources was estimated at £2,400 and the expenditure at £2.250; so it would be observed that the end of the year there would be a credit balance in favour of the hospital; still, a good deal of money would be spent in beautifying and adorning the grounds and the committee would be most happy to receive subscriptions for that  purpose. The average number of patients in the old hospital last year was 14 and the lower wards of the new building contained 16 beds while the upper ones would be devoted to females. The building was a credit to the town and district. The speaker then thanked the people for their attendance and also the band. He called on Rev. Mr. Legate (Presbyterian) for an address. Mr. Legate addressed the crowd for five minutes and retired. Rev. Mr. King (Wesleyan) made a short speech on the benefits to be derived from such an institution. Rev. Mr. Foggan (Primitive Methodist) followed suit and lead off with the right, he did some tall scoring for a short time and retired gracefully alter a 7 minutes round. Rev. Mr. Wilson (Anglican) who was left until nearly the last, made the only speech of the day, he has a good delivery and is never at a loss for words, he thought that hospitals were quite as necessary as churches and considered that if ever the question arose as to which should come first, that the hospitals should be placed there. Some people would deny that philanthropy and Christianity did not go together hand in hand, but some of those people who had abandoned Christianity and subscribed to an institution of that kind tactily admitted the principle which they denied. The derivation of philanthropy - philos a friend, anthrapos a man - would in itself show that it went together with Christianity. The Rev. Mr. Quee (Congregationalist) next stepped forward and confined himself to nice little yarn to the children about a mamma and another party known by the name of an old maid who was not a mamma. This concluded the professional pitching. Hymns were sung by the children after some of the speakers had concluded, which was supposed to act as an antidote. Mr. Mills proposed a vote of thanks to the committee which was carried. The doors of the building were then thrown open and all hands went through it. 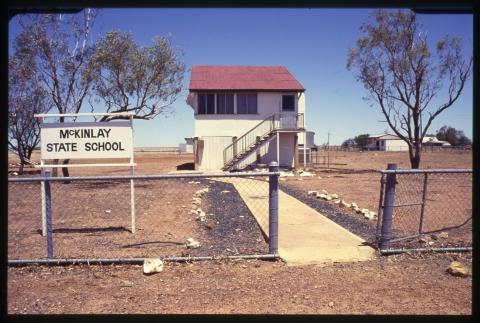 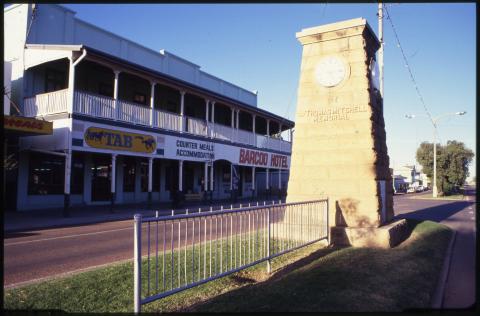 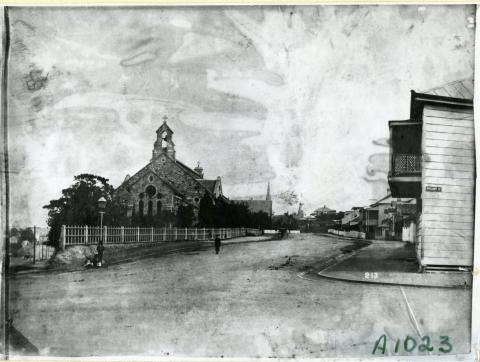